The last medium, designed to kill the Sherman.

The Type 5 Chi-Ri was one of the last Japanese tank model to reach the prototype phase during WWII. Not a heavy tank, but a medium, it was designed to be more heavier and powerful than the Type 4 Chi-To. It was designed to be a Killer of Shermans, and would have been the closest Imperial Japan would get to a vehicle as deadly as the German Tiger or Panther.

The Type 5 Chi-Ri was based on a lengthened version of the Type 4 Chi-To chassis (8 road wheels), with thicker sloped welded armor. This included 75 mm (2.95 in) on the frontal glacis, and from 25 to 50 mm (0.98-1.97 in) on the sides, rear and turret. Initially, it was to be powered by a Mitsubishi diesel engine, but a 800 hp V-12 gasoline-fueled aircraft engine designed by BMW, licence built by Kawasaki Heavy Industries, was selected instead. There were four bogies of two roadwheels each, on Bell crank suspensions.

A side image of the captured prototype with it's tracks removed. Note the crude classifications painted on the chassis, a feature seen in every photo of the vehicle.

This Kawasaki Type 98 Ha-9-IIb could provide 550 hp, which could comfortably propel the 37 ton tank. The Type 5 75 mm (2.95 in) Tank Gun Mark I had a semi-automatic loader. Secondary armament comprised a front hull-mounted Type 1 37 mm (1.46 in) gun, and a Type 97 light machine gun was mounted coaxially to it. Work started on the vehicle in mid-1944. Military planners thought of equipping several mobile armored division with this new model, ready to throw the invaders to the sea. Indeed, as designed, the Type 5 would have been quite a worthy adversary for the Sherman.

The Ho-Ri tank destroyer was based on the same chassis, and was to be equipped with a more powerful 105 mm (4.13 in) gun, in an arrangement very similar to the German Elefant/Ferdinand.

In May 1945, even though it was the easier vehicle to produce, the Chi-To was canceled, and the Type 5 was given priority, due to the lack of resources at this stage. It is widely believed that much like the Type 3 Chi-Nu, that had the Chi-To or Chi-Ri ever made it to production they would have been saved for the final defense of the Home Islands. An unfinished prototype was captured by American occupation troops in the fall of 1945. It was to shipped back to the Aberdeen Proving Grounds, where it survived until 1952, after which it was scrapped along with other vehicles. 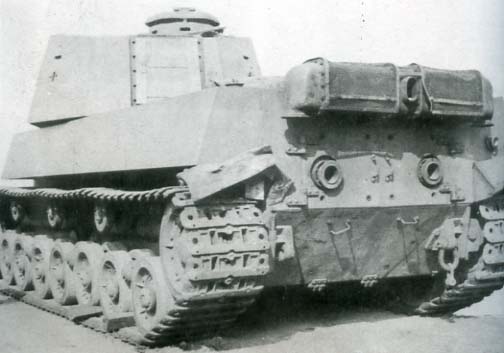 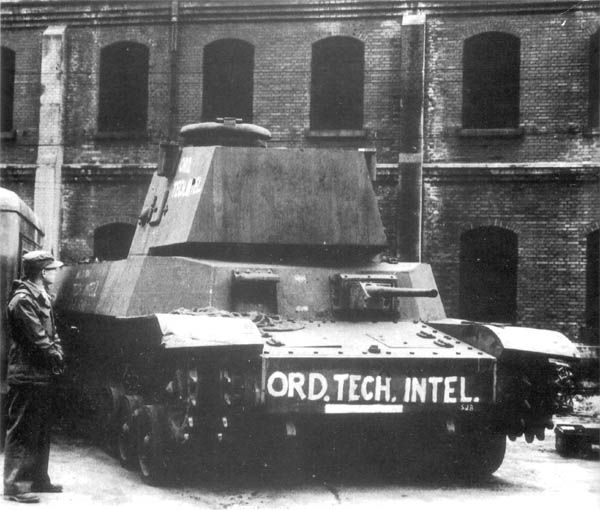 Tank Encylopedia's own rendition of the Type 5 Chi-Ri with a prospective camouflage, 1945, 1/72 scale.