Alongside the Kanonenjagdpanzer, a standard tank hunter of the SPG type, using 1950s 90 mm guns, another contemporary vehicle shared the same chassis: The Raketenjagdpanzer-2. It was built another type of missile tank hunter, the smaller and lighter

Raketenjagdpanzer-1 derived from the Spz Lang HS.30 IFV. The latter was given the same weapon, the French Nord SS-11 antitank missile.

Being more powerful, far more reliable, faster, and having a better range while being better protected (50 mm of front RHA instead of 30 mm), the second RktJgPz was every bit a superior machine and was indeed upgraded to serve until the late 1980s whereas the first was quickly discarded and forgotten. Prototypes were developed and tried between 1963 and 1965 before the production was authorized and orders placed to both Henschel and Hanomag for 318 of this tank hunter.

The chassis which was destined to be produced by the thousands was also shared later in 1971 by the Marder IFV. The chassis comprised a six evenly-spaced roadwheels drivetrain suspended on torsion bars, with three return rollers, rear drive sprocket and front idler. The powerplant was a 29,4l MTU MB 837 Aa V8 water-cooled multi-fuel diesel which developed 500 hp (368 kW). The hull was a simple shape of rolled RHA, with sloped sides, half of the front being occupied by the driver and fighting compartment while the rear was occupied by the engine compartment, with a step downwards. Due to the nature of the type, the larger part of the fighting compartment was reserved for 12 missiles in all, with two launch rails that could be raised up for the missile to be loaded in, wings folded.

Two missiles were ready at all times, for a total of 14. The reloading process was automatic, and take only a few seconds while the missile was loaded vertically. The two launch rails could traverse up to 180° and were served by a single operator and loader. The driver was located to the left, the commander to the right, each with their own single-piece hatch folded to the side, and three vision blocks.

The central one could be swapped for a night vision device. The commander's hatch was given a front pintle mount for an aerial MG3, while another one was fixed, placed in ball mount inside the front glacis. Another pintle mount could be placed behind him, in front of the loader's hatch. Guidance was assured by the operator, sitting right between the driver and commander to the front, with a periscope, camera and stereoscopic range-finder.

Extra equipment included several fixations on the rear plate for extra fuel jerrycans, side fasteners for shovels, pickaxes and hammers, tooling boxes on the engine deck, and a V-shaped bank of height smoke dischargers.

The French Nord Aviation SS-11 designed in 1953 entered service in 1956 and was produced to an extent of 180 000 units. It was in widespread use inside NATO and was sold to 37 countries, including the United States (for evaluation), and West Germany. It was an MCLOS (Manual command to line of sight) wire-guided anti-tank missile, 30 kgs, 1190 mm long for 165 mm in diameter (without wings), 50 cm cruciform wingspan, and a 6.8 kgs warhead. It could reach 190m/sec. and was tele-operated by wire to the target for corrections of trajectories. It could defeat approximately 600 mm of RHA at 3000 m, its maximal range.

The Raketenjagdpanzer-2 was put into service from 1967 inside tank destroyer companies of the Panzer-grenadier, each brigade having height vehicles. Panzer brigades tank destroyer companies received an organic strength of thirteen vehicles. By 1978 the type was obsolescent, and an upgrade was applied to all but two of them. After the upgrade, the whole series was renamed Jaguar-1 or Raketenjagdpanzer 3. It was focused both on protection, with add-on armour to the front glacis and hull sides, side skirts, and had a brand new HOT missile system to go along. Conversions ended in 1982. The Jaguar-1 were kept in service until the 1990s. The Raketenjagdpanzer-4 Jaguar 2 resulted in the conversion of 162 Kanonenjagdpanzers in 1982-85.

Raketenjagdpanzer 2 in service in the early 1960s.

Another one with a camouflaged net, in the 1970s. 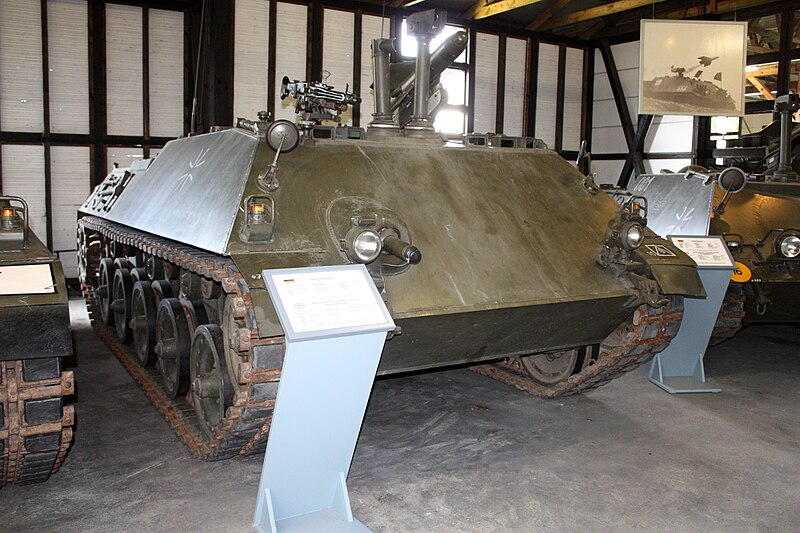 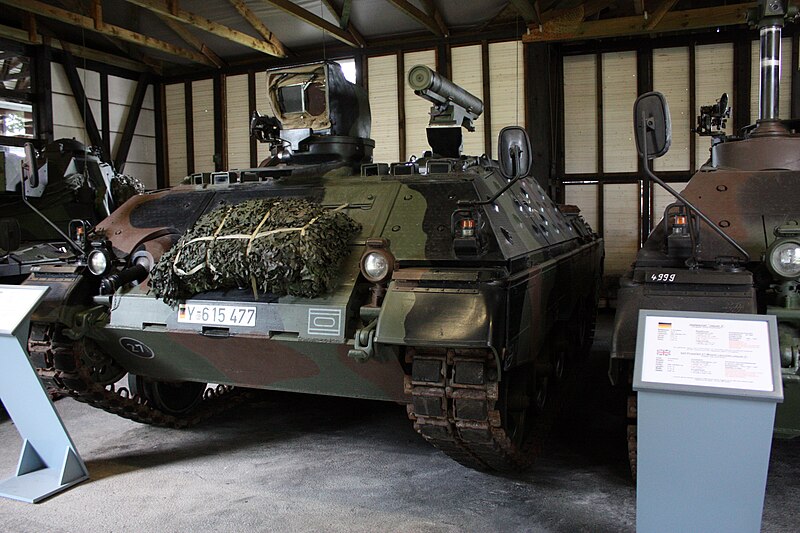