The O-I is a very obscure tank, with very little written on it and few original surviving documents. Even fewer documents can be accessed as they are owned by FineMolds, a private company in Japan. The information presented here has been cobbled together using surviving information to give the best possible assessment of the tank. This article does not incorporate the mountains of misinformation that have surfaced in recent years from rekindled interest in these tanks. Information for the developement the O-I leans heavily on Shigeo Otaka, who had first-hand knowledge of its development and has shared his story. However, it must be said that the recollections of an engineer do not implicitly reflect the entire historical truth, and could be distorted by time or other factors.

After Japan's defeat at the Battle of Khalkhin Gol, the army realized its current tanks, the Type 97 Chi-Ha and Type 95 Ha-Go, were no longer competitive against the more modern tanks of the Red Army. Hideo Iwakuro, Chief of Army Affairs, instructed Colonel Murata, head of the 4th Technical Research Institute (an organization for tank development in Japan), to construct a super-heavy tank. Hideo Iwakuro's exact words were "I want a huge tank built which can be used as a mobile pillbox in the wide-open plains of Manchuria; Top Secret...make the dimensions twice that of today’s tanks". At the time of this request, the biggest tank in Japan was the modest Type 95 Heavy Tank. This leap in size from 26 tons to what would be over 100 tons worried Colonel Murata's engineers, but each man kept their doubts to themselves. 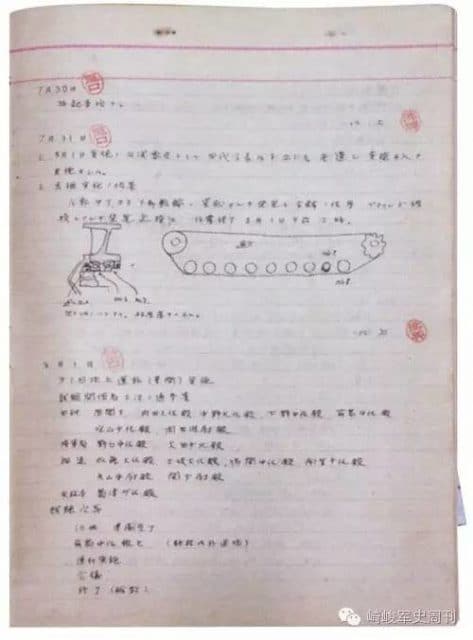 In March 1941, the initial design work was complete and the tank was ready to be built. The following month, select engineers, including Shigeo Otaka, were taken to the 4th Technical Research Institute's Headquarters in Tokyo. The engineers were told not to speak of what they would see and were guided through the dimly-lit barracks into a soundproof room with no windows, where they would later conduct meetings on the tank's construction. The only entry to the room was a set of double doors (like an airlock), designed to protect the room's secrecy from observers. Each officer present at the meeting had a separate piece of the design, that once assembled, revealed the whole tank. The tank's name was Mi-To, for Mitsubishi, the company behind the construction and design, and the city of Tokyo.

Engineer Shigeo Otaka gave the tank's parameters as 10 meters in length, 4.2 meters in width, and 4 meters in height (or 2.5 meters without the turret). The width of the tracks was 800 mm (although some sources state 900 mm). Propulsion would be provided by two Kawasaki Ha-9 air-cooled gasoline engines, placed parallel lengthwise in the hull, each producing 550 hp for a total of 1,100 hp. The transmission was a scaled-up version of that used on the Type 97 Chi-Ha. It was mounted in the rear, between and behind the engines with five forward gears plus reverse. The suspension consisted of two coil spring bogies per side, each having two sets of four all-steel road wheels (four on the inside of the track teeth, four on the outside) for a total of eight pairs of road wheels per side. The tank was armed with a Type 96 15 cm howitzer in the main turret. In front of the main turret were two mini-turrets, each having a 47 mm Type 1 Tank Gun.

A fourth turret with dual Type 97 machine guns was placed above the transmission in the rear. The armor was appropriate for a mobile bunker; 150 mm at the front, made by bolting an additional 75 mm plate to the tank's 75 mm frontal hull. The side hull armor was only 35 mm thick, with an additional 35 mm side skirt covering the entire side and tracks. On the inside, there was enough room for a man to stand comfortably. Two 16 mm bulkheads (other sources claim 20 mm) divided the tank into three sections, driver's compartment, main turret fighting compartment, and engine compartment.

The following dates are not sourced. On April 14th, 1941, construction started on the Mi-To. Colonel Murata's plan was for construction to last only 3 months, however problems were found with the tank's cooling system which delayed construction until January 1942. The hull was completed on January 8, 1942 while Mitsubishi manufactured the turrets. Unforeseen problems again delayed construction, and the tank would not be ready until a year later. 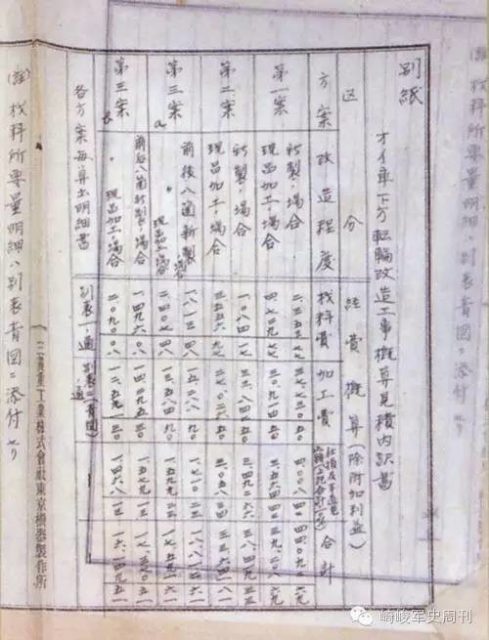 Budget table for improvements to the dive system. It is easy to tell that the Mi-To project was lacking funds as many of these proposals involve reusing old parts and manufacturing new parts from old materials to save money. - Source

For testing, the Mi-To was shipped to Sagami Armory (modern day Sagami General Depot) in Sagamihara, 51 km (31.7 miles) south of Tokyo. Only the people involved in the development of the tank participated in the transport, making it very difficult. In June 1943, the tank was disassembled for transport and covered with an awning to keep it hidden. Work on moving the tank started in at 2:00 am every day and lasted until dawn. Transport took 10 days and it arrived at Sagami Armory at the end of June with tests scheduled for August 1, 1943.

About the time the Mi-To was completed and trials were scheduled, the Army assigned it the name O-I. Following Japanese tank nomenclature, I stands for "first", and O for "Ooki-I-gou", Japanese for "big". This was the only time "O" was used as a tank type. While the Army's designation was O-I, Mitsubishi's internal designation continued to be Mi-To.

While it is not specifically recorded that tests were conducted on August 1st, this can be inferred from a fragmentary piece of evidence which states that the testing team ate lunch at 2:30 pm on August 1st. The O-I's trials took place without the additional 75 mm bolt-on frontal armor and without the main turret, as the 35 mm roof plate was not ready. These exclusions meant the tank weighed only 96 tons. On the day of testing Colonel Murata was deployed at the front, so in his place for observation was Lieutenant Colonel Hidemitsu Nakano. Also present was the chief of Sagami Armory, Tomio Hara.

The testing grounds were the road and field north of the 4th Technical Research Institute's building. The ground was soft during off-road portions of the tests and the O-I's tracks sunk into the ground up to a meter. The tank tried to free itself, causing it to sink further and damage the suspension. Following the test, a full bow with both hands to the ground was made to the repair department chief. 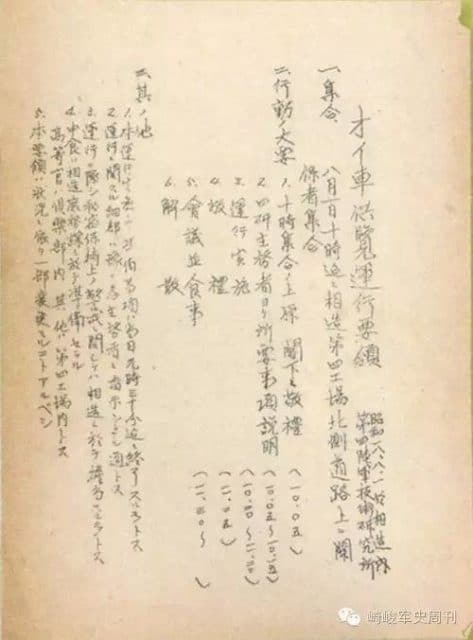 After the tank was pulled out, tests continued on a concrete road, but because of the damage to the suspension the tank tore up the road and damaged its suspension further. The tests were abandoned and the tank was left and covered with a tarpaulin. The O-I was disassembled for scrap between August 3-8 of 1943, or more likely, in 1944. All that remains of the O-I is a single track link, measuring about 800 mm in width, and 300 mm in pitch. It was previously at Wakajishi Shrine but has since been moved to JGSDF Camp Takigahara.

There was a post-war questioning with four Mitsubishi engineers who worked on the Mi-To, but the only one identified so far is Shinjo Masahisa. Unfortunately, these men did not have much to say about the O-I, and what they did say conflicts with proper sources. The only information they could provide was that the Mi-To had 100 mm of frontal armor, and could reach 40 km/h on roads. Both of these numbers seem incorrect as all other sources state the tank's armor was 75+75mm and it had a top speed of 30 km/h and their higher claimed speed seems very optimistic for such a heavy tank.

Sagami Armory Chief, Tomio Hara reports the Mi-To as having a 10 cm (10 cm often refers to 105 mm in Japanese gun terminology) main gun, but blueprints show a short 150 mm howitzer. There is also an unverified claim of the tank's size with a length of 10.1 meters, width of 4.8 meters, and height of 3.6 meters. The dimensions of the track links are very unclear. One source states the tracks were 900 mm wide, another states 800 mm. Assuming the tank is 4.2 meters wide, then by comparing the hull to the tracks on blueprints, the tracks work out to 660 mm, however this is too small for such a heavy tank. It is likely that the blueprints only show the run of the tracks, and not the complete width of the links themselves. The single surviving track link measures 800 mm wide, this would seem to be the correct number. 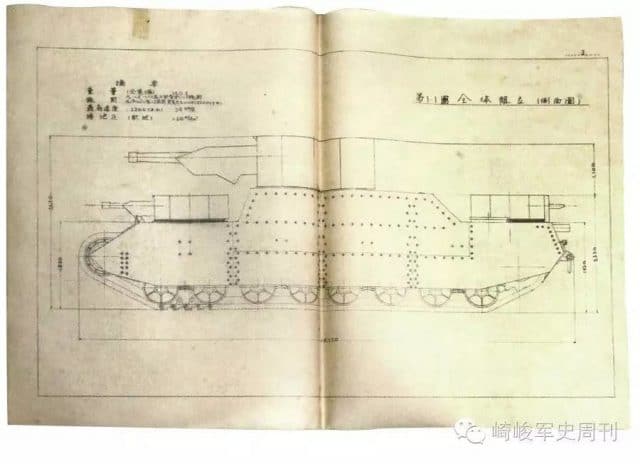 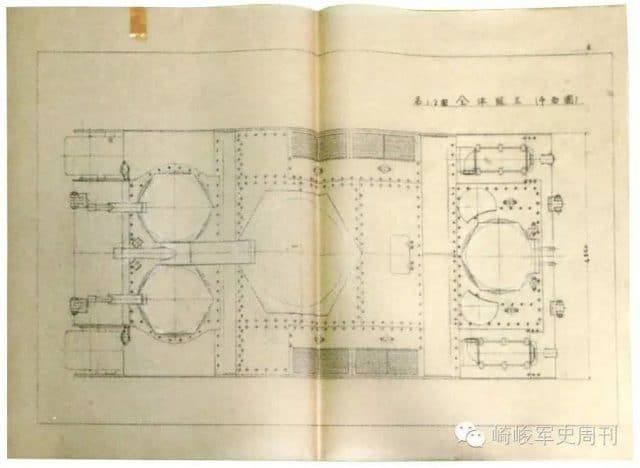 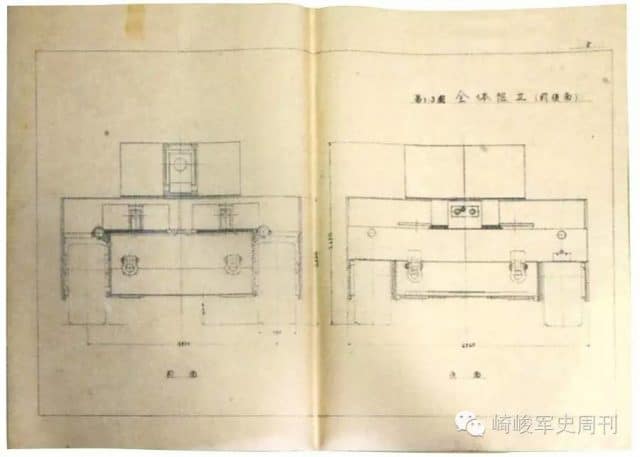 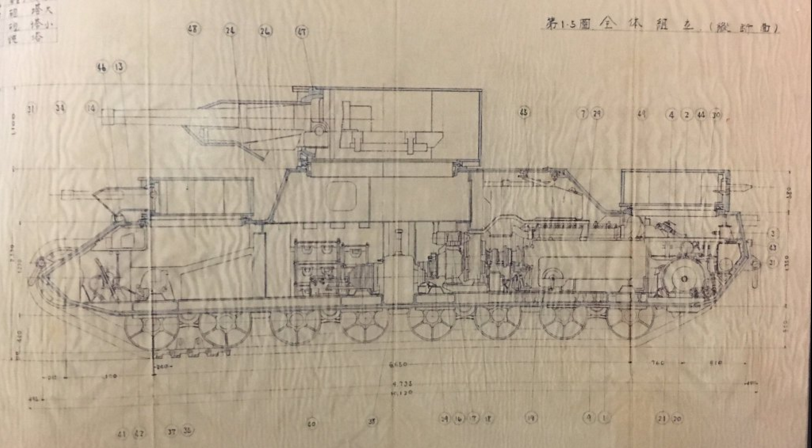 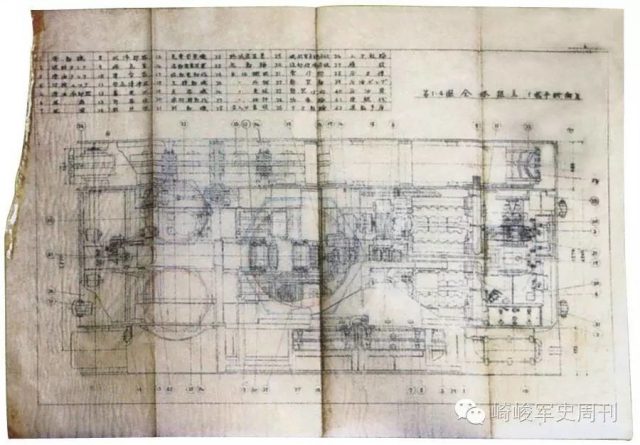 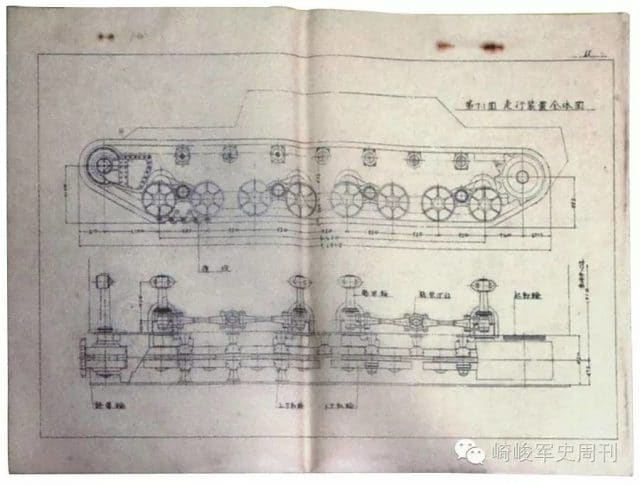 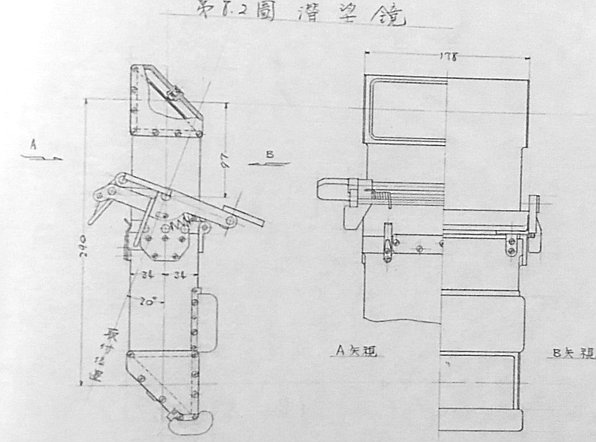 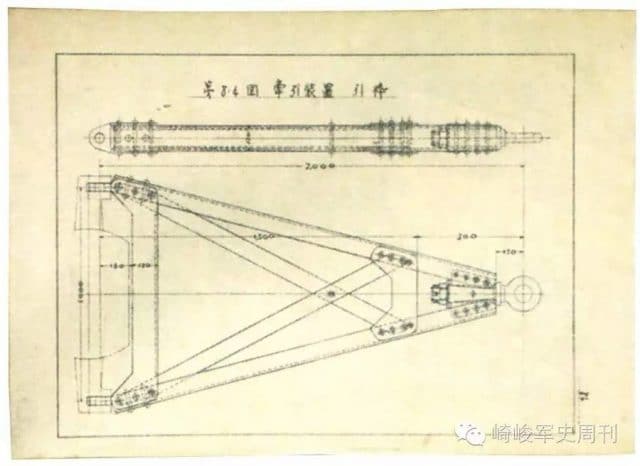 Tow bar specifically made for the O-I - Source 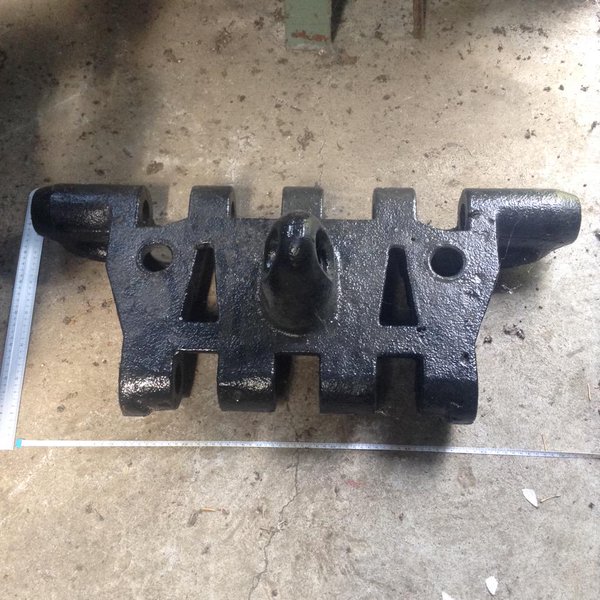 The Tanks Encyclopedia team has spent many hours debating internally about the O-I. Many different opinions were fielded and in the end we agreed to put it aside until more information was discovered. Recently, new information has come to light; which has led to a restructuring and improvement of the article.

These documents were purchased by the model kit company FineMolds. FineMolds allowed people to see them, but only at FineMolds' headquarters in Japan and to pay a considerable sum of money to access the documents. This led to many new claims regarding the O-I, but by those who would often refuse to reveal their sources, since they had spent money to acquire them. In late 2016 however, a Chinese author, Tang Qian, brought forward some of FineMolds' documents in his own article and while it is not a complete set of documents, it does give us some proof and history of the O-I superheavy tank.

Tanks Encylopedia's own illustration of the O-I