The Batignolles-Châtillons was in the 25-ton weight class, twice as much as the AMX-13 and featured a 90mm F3 cannon. This light/medium type was operated by 4 crew members and could reach 65 km/h. Familiarly called "Bat Chat" as an abbreviation of its full name, the 25 tonnes was a one-off experiment, neither as heavy as a true medium like the AMX-30 that followed in the early 1960s nor as light and nimble as an AMX-13. Although it was contemporary to the latter, some technologies used with the transmission and propulsion were reused on the AMX-30.

The Batignolles-Châtillon 25T had some striking similarities and shared parts with the AMX-13, started with the typical French oscillating turret. Instead of the original 75mm, it used possibly a 90mm, similar to the one used by the ARL 44. In addition, it was given a coaxial 7.5 mm machine gun; For those unfamiliar with the oscillating turret concept, let's summarize this as a two-part turret, of which the lower part provides the traverse, the upper part the elevation. Therefore the entire turret is solidary to the upper part rather than moving freely with its mantlet through a turret opening. This configuration allowed to mount much bigger cannons on relatively light structures but imposed a loader-free carousel system that imposed later external reloads, and has some limitations, of which the lack of NBC protection and obvious shot traps soon appeared too much for the concept to evolve further. Only the 1950s AMX-13 made it with some success in large series.

The hull was classic with a sloped front glacis of 50 mm armor plates, down to 30 mm, 25 mm on the sides and 20 mm at the rear. The Driver sat to the left-hand side with three periscopic sights and a sliding hatch, followed by a middle fighting compartment and rear engine compartment. In addition to the driver, the radio operator sat in the same compartment, and the gunner and commander took place in the turret. The commander's cupola was on the left-hand side, dotted with 6 vision blocks. The gunner's hatch on the right was circled by an extra machine gun ramp. This tank was very fast thanks to a lightweight, compact hull despite the comfortable armor, and either Hispano-Suiza V12 HS 110 or more probably a SOFAM 3M 27.101 of 500 hp. This power was passed onto large tracks (comparable to those of the panther), six doubled roadwheels, three return rollers, front drive sprockets and rear idlers plus hydraulic suspension units. It also had a SCR 528F radio.

Two prototypes were made and tested at Batignolles-Châtillon in Nantes (a renowned locomotives and wagons manufacturer), in Britanny (NW France) in 1954. Despite this does not lead to any production, some ideas and technologies developed in this program were later reused in other French AFVs, notably the AMX-30. Although some variants were developed on paper, none were produced or saw service. The Batignolles-Châtillons suffered many issues that led ultimately to its cancellation (aside from the preference for the AMX-30 program).

Since the project was abandoned, the sole survivor was sent to Saumur Museum. Stored outside and despite limited access, it was photographed in 2004 with a spotted camouflage and photos are largely available on the net. However, after ten years of neglect, it was fast deteriorating, creating quite a stir notably with WoT enthusiasts not to mention French associations. It was announced to be restored in 2016 after donations and is now on display in a covered area together with an AMX-13 and ELC AMX prototype.

Illustration of the Batignolles-Chatillon Char 25T 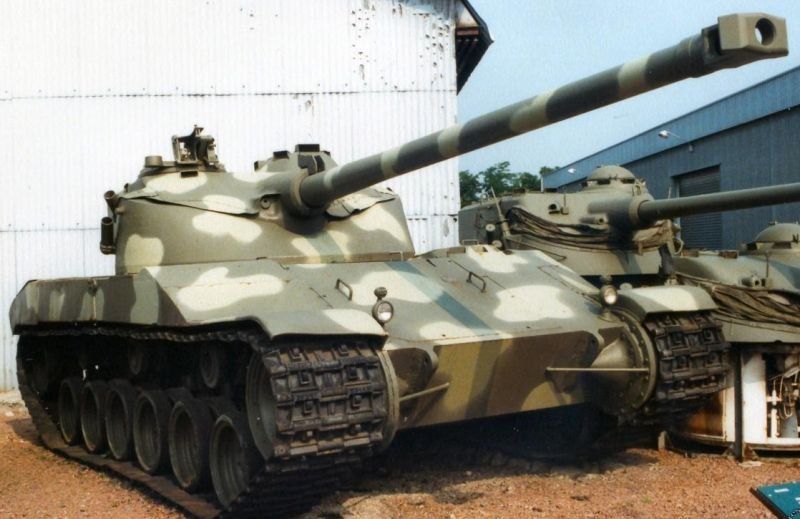 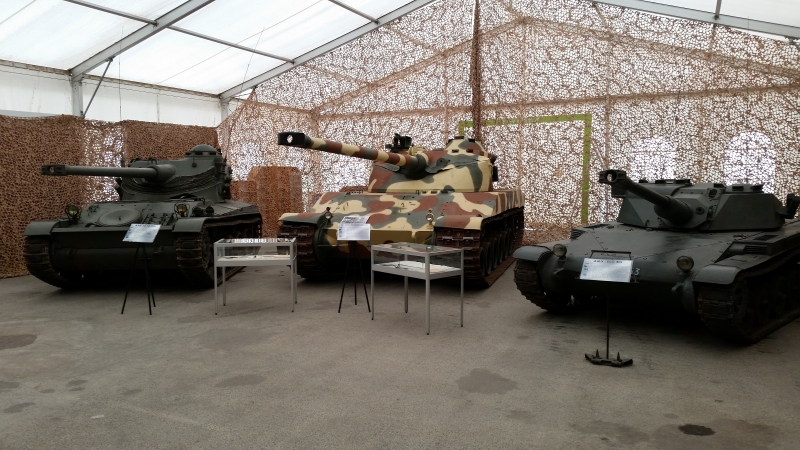