Officially a LUV or Light Utility Vehicle in military designation, the Beijing BJ-2020 or BAW 2020 is the updated version of the BJ-212 (北京212).

The latter was an unarmored Land Rover/Jeep inspired four-wheel drive vehicle, produced by Beijing Automobile Works. Originally this vehicle was given a 2445cc 4 cylinder gas-engine (diesels were added in the 2000s). As a light-duty off-road utility vehicle it was largely also influenced by Soviet UAZ lineage, and possibly developed in conjunction with the UAZ-469. In fact it has been described as a cross between the Land Rover Defender and UAZ-469. Development started in 1965, and production stopped in 1983. 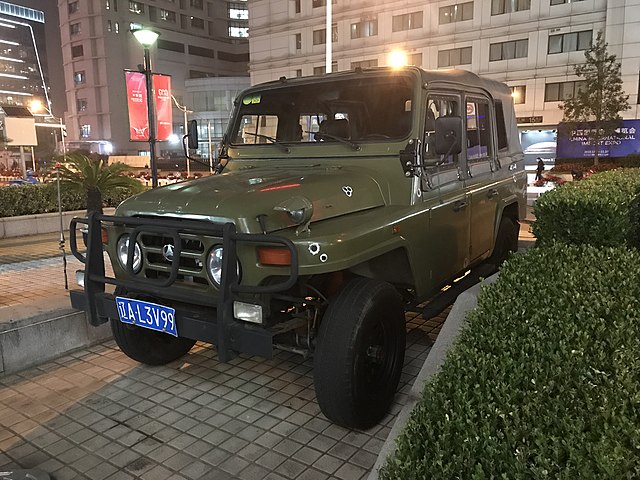 The original "Beijing Jeep" BJ-212 was in fact closely based on the soviet UAZ-469 (wikimedia commons).

Development of the BJ2020

The design was updated and the model was designated BJ 2020 from 1989. Back in 1983 indeed, a joint venture was established with the American Motors Corporation (now Chrysler Corporation) to modernize the vehicle, fitted with a new engine, roll bars and other improvements. The Beijing BJ2020 is still the staple of the Chinese armed forces, used for reconnaissance, staff transport, liaison, coordination. It has been also exported to some countries. 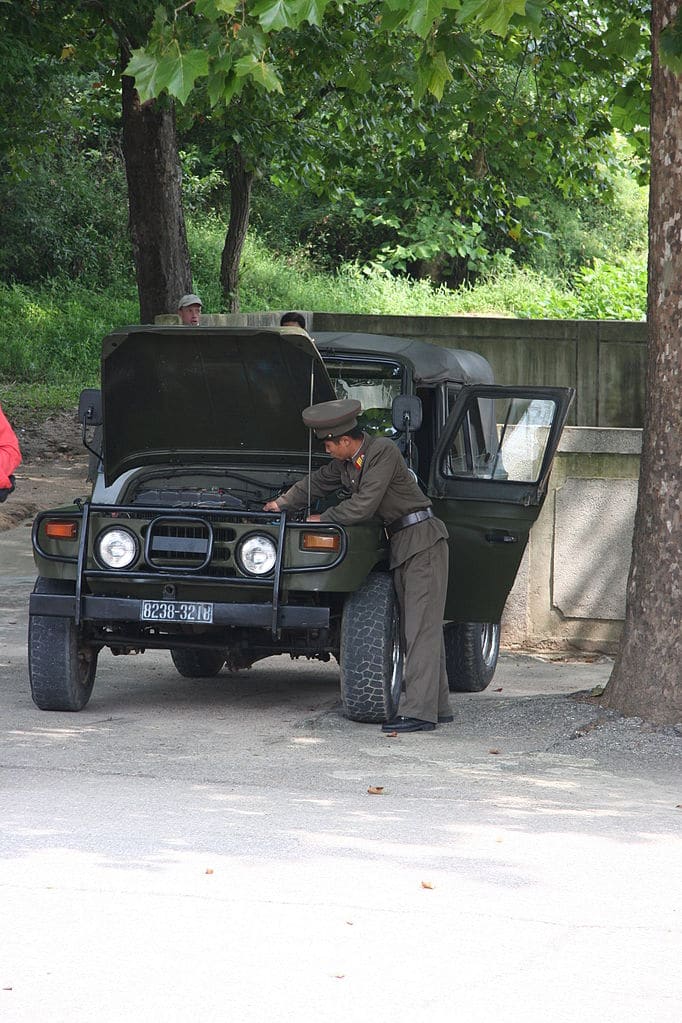 Externally, the vehicle looks like the batard son of a Range Rover and a modern Jeep, and indeed is also known as the "Beijing Jeep". But the model is sometimes considered the second generation BJ212 and includes parts of the Jeep XJ Cherokee while the third generation (2022) also uses a Jeep engine. It is definitely a soft skin vehicle, not armored at all and not intended to venture on the battlefield. The BJ 2020 also exist in several covered and uncovered variant. The most "jeep-like" mostly operated in the south of China has no windows but a foldable front windshield on the bonnet, removable side windows and a soft top. The hard covered version was not a full monocorps construction but had a hard tp instead, with 2-doors or 4-door versions. So in case the vehicles could be reversed as soft and open top versions.

It was declined into four motorizations, the early one being the petrol-operated 2.0 L 4G20B I4 and the 2.2 L 4G22C I4, later replaced by the 2.4 L BJ492 I4 and in the 2000s a 2.8 L JE493ZLQ4CB I4 turbo diesel unit. Depending on the model it could be coupled with a 4 or 5 speed manual transmission. There are two wheelbase versions, the standard one having seats 5 or carrying up to 425 kg. The long wheelbase could carry 7, with a 600 kg payload and both could tow an extra 800 kg trailer. The long wheelbase versions are called Beijing BJ2020SA and BJ2020SAJ, in 2-door versions.

The vehicle is in standard unarmed, but it can be fitted with a wide variety of infantry weapons and towing light artillery pieces and mortars.

A specific versions was developed by the PLAN to carry the 105mm Type 75 recoilless rifle. It was installed at the rear, and the vehicle received a split windscreen while ammunition bins were stored at the rear, which was made lower than the usual version.

Called the BJ2032 it is based on the long wheelbase 2020SA and used as a radar picket.

The BJ 2020 started to replace the BJ 212 in the mid-1980s, but was superseded by the 2022 from 2008 onwards. In 2016 another vehicle, the Beijing BJ80, a clone of a Mercedes-Benz G-class started production and replacing also the BJ 2020, and production has since surpassed it, but it is still widely used while civilian versions are numerous. On this market, the model is also known as the BAW City Cruiser, Kuangchao, Lieying, Ludi, Towdoorjeep, Zhanqi, Tianjin TJ210 C and is also produced in North Korea under the name Pyeonghwa Ppeokkuggi (M2008). So far the production of the BJ 2020 has reached 300.000 vehicles, 100,000 more than the BJ 212 it replacing. But these figures are shaky, other estimates going as far as 500,000. It has been exported to at least 20 nations.

BJ2020, hardtop with a northwester/desertic or export camouflage - @AK Interactive 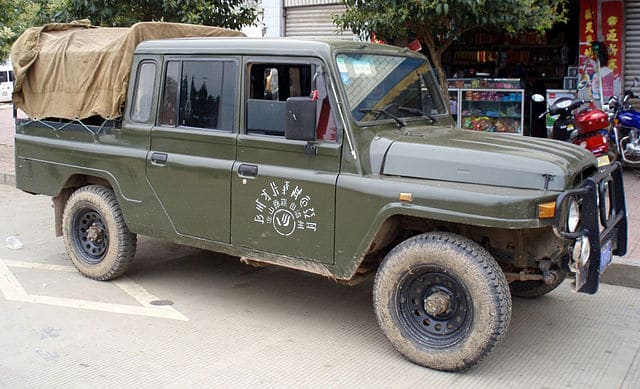 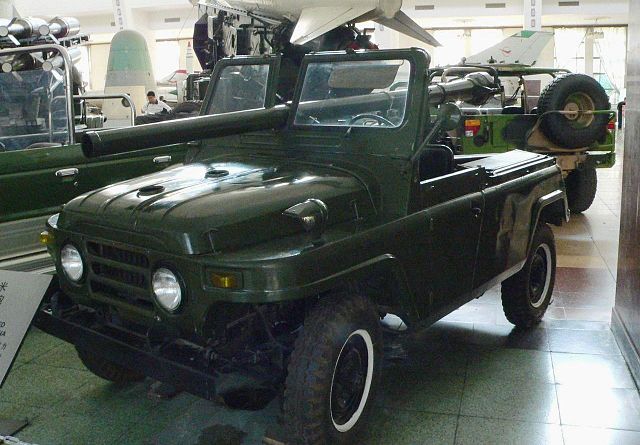 BJ 212 with the 105 mm recoiless rifle, roughly similar to the BJ-2020 of the same version. (wikimedia commons) 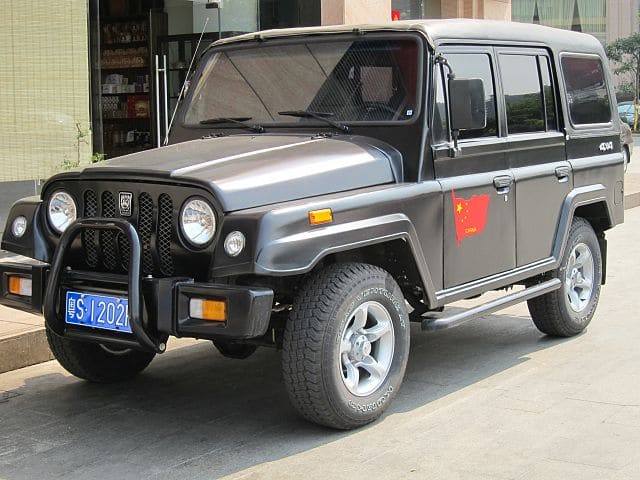 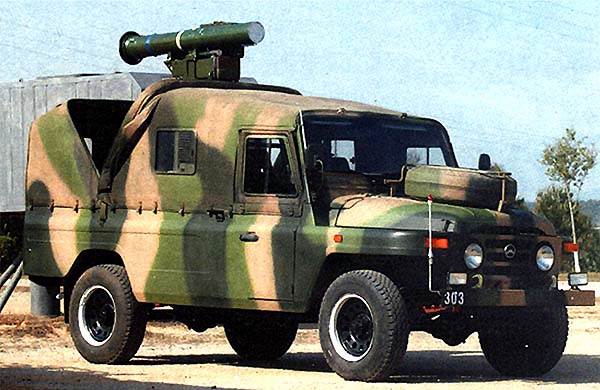 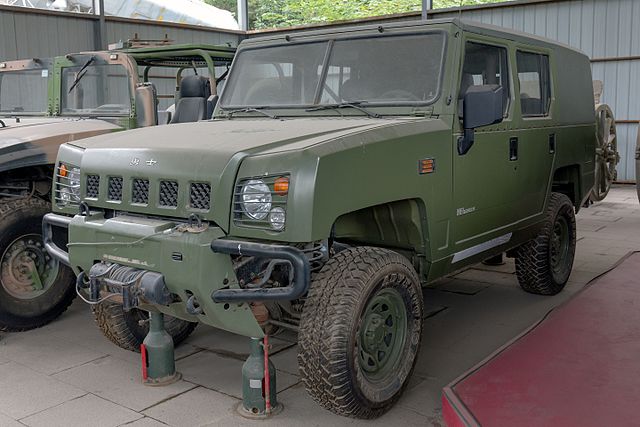 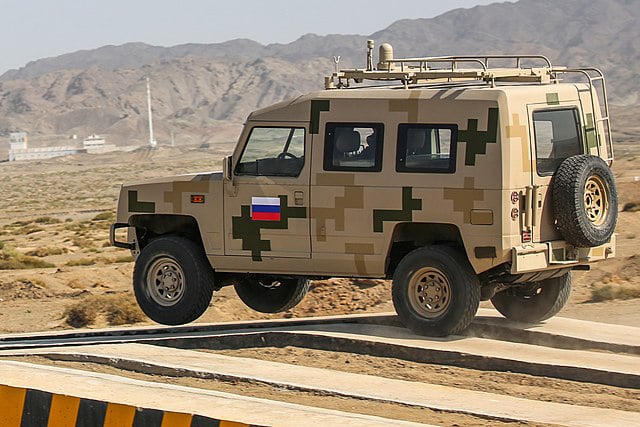