Soviet Union also delivered BTR-152s, BTR-60s, BTR-70s (allegedly but numbers unknown), and some BRDM-2s (They had two rear view mirrors and only used post-cold war with ISAF). Hungary used also the VS BRDM-2 (vegyi sugárfelderítö úszó gépkocsi) NBC reconnaissance vehicle, no longer in service. Similar to the BRDM-2RKhb, but with a square metal flag dispenser on the right rear. Specialised equipment consists of detection and analysing equipment MK-67P, DS-10, Gid-3, IH-95 and TMF-2. Hungary also received 100 PT-76 amphibious light tanks, ordered in 1957 from the Soviet Union, and delivered between 1959 and 1960.

The country also purchased other equipments from Russia, namely 555 BTR-80 to replace its older models, BTR-60/70s and BRDMs. These are modernized versions, including a medical rescue variant and NBC variant. Numbers given in particular are 120 BTR-80A and 260 BTR-80 and 4 BTR-80 VSF. 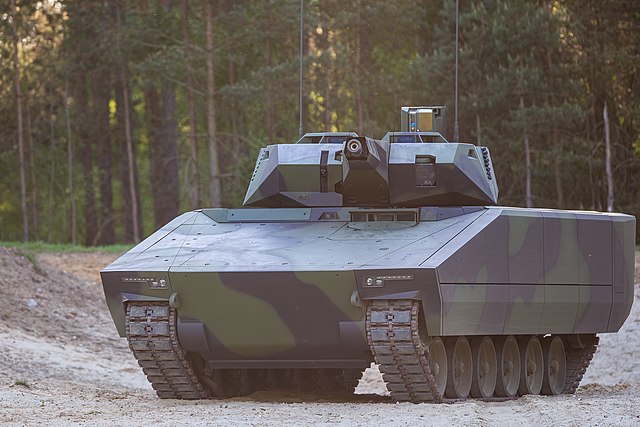 The Lynx IFV is also the most ambitious Hungarian project so far. On August 16, 2020 the Government of Hungary and Rheinmetall Group signed a contract to start manufacturing the Lynx infantry fighting vehicle in Hungary. It is Estimated to reach full operational capability by 2026-2027. Versions are to include also the Mortar Carrier (120mm), Armoured Ambulance, and Mobile Command Post (C2/C3). The 209 Lynx will be protected by the Rheinmetall's StrikeShield system.


Other modern vehicles of the Hungarian Army includes: