Small, but effective, the Czechoslovak army was one of the best of Central Europe in 1938. The country needed to protect its borders against turbulent neighbors and experienced, since the treaty of Versailles in 1919, never-ending quarrels related to its lands, inhabited by large foreign minorities. As such, Romania, Hungary and Poland had their eye on the Czech Republic, a single democracy surrounded by more or less authoritarian regimes. Its first threat, however, was Nazi Germany, because of the alleged large minorities (in fact majorities) of German-speaking people in the northern and western part of the country. As early as 1936, various plans to organize insurrections appeared, the result of these culminating in countless border incidents and the Freikorps of Konrad Heinlein in the Sudetenland.

The Czech army counted on industrial resources (mostly located in the northwest) and world-class industries, including car manufacturers, which were valuable in order to form a basis for tank production, like Škoda and Praga, Aero, etc. Exports counted many excellent automatic rifles and machine-guns. The British Bren was actually based on a Czech regular machine-gun. In terms of armored equipment, the Czech army retained 7 Renault FTs purchased in 1921-22 and the Škoda FIAT-Torino (1920). They began to create their first domestic tank in 1929, the vz.33 tankette, inspired by the British Vickers-Carden-Loyd Mk.VI design. Škoda assembly line in 1938. The most prolific model of the Czech army was the LT vz.35.

Škoda PA-I (1923) – After the FIAT-Škoda Torino of 1922, the Army decided it wanted a more modern and faster armored car. Škoda came with a revolutionary design at that time, the PA-I, first of a series of symmetrical, double-drive vehicles. It had a particularly aesthetic design, which lasted until the country was partly annexed by Germany. The PA-I was entirely purpose-built and was the first armored car ever fitted with a double drive system, allowing the same speed and maneuverability in reverse. Its armor was up to 5.5 mm (0.22 in) thick. It had a single turret armed with a pair of independent water cooled Mg.08 machine guns. Only two prototypes were built in 1923, which served for trials and as testbeds. They were 7.6 tons heavy, 6.6 x 2.26 x 2.74 m in size, and had a crew of 5. Their fate is unknown.

The Škoda PA-2 Želva, or “turtle”, was one of the most recognizable interwar armored cars. It pushed forward the concept of double drive, and married it to a wonderful bodywork, worthy of an art deco museum. However, these vehicles were costly and lacked agility.

The next Škoda OA vz.27 (PA-III) in 1927 was an attempt to correct previous issues, and had a lighter hull and a central turret instead of machine-guns in sponsons. But it was still relatively costly and, moreover, too heavy. Anyway, the real game changer came in 1933 with the cheap, light and mass-produced Tatra Koprivnice T-72.

The LT vz.35 was built in quantity prior to 1938 for the Czech Army. It was the most common tank in service. After the German occupation, these light tanks were incorporated as the Panzer 35(t) and served at least until the beginning of Operation Barbarossa. By 1942, however, the Panzer 35(t) were hopelessly outdated and few in numbers. 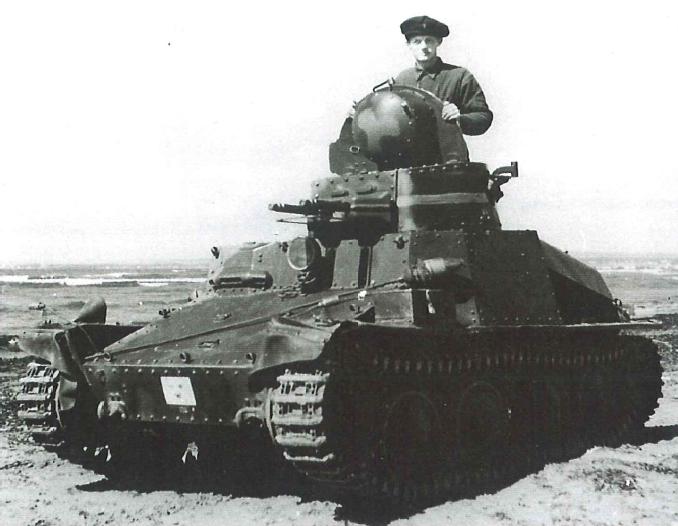 The Swedish Strv 37/m. Derived from the export model CKD-AH IV. Exports helped funding Skoda research on new tanks, but were not always a good bargain, as customers were quite adamant and finicky about the customization of their model. Iranian TNHP. The ancestor of the Panzer 38(t) was a stunning export success, stopped abruptly in 1938. The Panzer 38(t) was a Czech-built good all-around light tank, well used by the Wehrmacht and declined into many versions. It was better armed than the Panzer II and proved more sturdy and reliable overall. It gave birth, among others, to one of the most effective tank hunters of the war, the Jagdpanzer 38(t).

Iranian tankette CKD AH-IV, 1st Infantry Division, August 1941. The bigger TNH and this model were the main AVFs in Iranian service during WWII.

Romanian tankette CKD Ro-1, 6th Cavalry Brigade, Stalingrad sector, September 1942. All 35 vehicles were placed in six mechanized reconnaissance squadrons belonging to the cavalry brigades. They fought in Ukraine and the Caucasus, until their retirement after the defeat of Stalingrad. 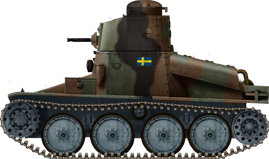 Swedish Stridsvagn M/37. This is a wartime pattern. Peacetime time pattern was brownish-khaki, with unit white stripes over the turret.

Standard OA vz.27 (PA-III). There are no photographic records of any camouflaged vehicles.

Škoda-FIAT Torino number 5 in 1921. According to the photos, the livery was probably a uniform medium olive green.

As a 10 yeqr old in 1950 in Lima Peru I attended a Peruvian armed forces day review and saw the 1935 Czech LK tanks on parade! Quite impressive and a historical model oth in design and in local effect. I hope that examples have been preserved, perhaps at Bovington? Bill

Hi there,
Funny I just commented on another part of this site about these tanks.
3 of what I assume are the tanks that you saw are apparently on display at the Real Felipe Fortress in Lima.
Here is a link to a youtube video about surviving Czech tanks, only 3 min long.
It shows them.
https://www.youtube.com/watch?v=pXPVHc8PLdw
I hope that I am ok posting these youtube links upon this site? Sorry if not.

Would you allow use of some of your images on Wikipedia, with due citation, of course.

I despise bringing up World of Tanks, but I know this is the only place that can answer these questions.

So my question is in regards to WoTs Skoda T.25 and Skoda T.24 that are on the Czech tech tree. Are these tanks real or fictional? Any documents from Skoda or the Germans who had the designs created allegedly?

Real designs, a wooden mockup of the T.24 was produced, I don’t believe the T.25 got beyond the blueprints. There are documents on the projects in the Czech archives and in some Czech language books, however to my knowledge there isn’t very much available in English

Interesting. Thank you, When I put this comment it didn’t show up for some reason so I posted another comment with the same question. You should delete it so the page doesn’t look cluttered.

This website uses cookies to improve your experience while you navigate through the website. Out of these cookies, the cookies that are categorized as necessary are stored on your browser as they are essential for the working of basic functionalities of the website. We also use third-party cookies that help us analyze and understand how you use this website. These cookies will be stored in your browser only with your consent. You also have the option to opt-out of these cookies. But opting out of some of these cookies may have an effect on your browsing experience.
Necessary Always Enabled
Necessary cookies are absolutely essential for the website to function properly. This category only includes cookies that ensures basic functionalities and security features of the website. These cookies do not store any personal information.
Non-necessary
Any cookies that may not be particularly necessary for the website to function and is used specifically to collect user personal data via analytics, ads, other embedded contents are termed as non-necessary cookies. It is mandatory to procure user consent prior to running these cookies on your website.
SAVE & ACCEPT
12 shares