Three AFVs, based on the same chassis, were ordered by the Canadian army back in 1976. These were Cougar (fire-support), Husky (ARV) and the Grizzly, an APC. The latter was probably the closest to the six-wheeled version of the Swiss MOWAG Piranha I, on which the vehicles were based. The Grizzly entered service in 1978 but was gradually retired until 2005, being replaced by the LAV III.

Development & design of the Grizzly

The Grizzly was to be used as an alternative to the M113 for the regular infantry battalions and reserve units. It had a three-man crew and could carry 5-6 infantrymen. It had a Cadillac-Gage 1 metre turret mounting a .50 (12.7 mm) BMG and a 7.62 mm (0.3 in) machine gun. The troops can exit through the rear doors or the roof hatches.

Otherwise, the basic configuration was basically the same as the two other related vehicles, with a 6x6 chassis and sloped welded steel hull. The driver was in front of the vehicle, with a hatch with three vision sights. The central one could be swapped for a night vision sight. The maximum armor thickness for the hull was 10 mm (0.39 in), which provided protection against small arms fire and artillery shell splinters. For mobility, the Grizzly was given a Detroit Diesel 6V53T diesel, which developed 275 hp for a maximum road speed of 100 km/h (60 mph). In water, it could reach a speed of 10 km/h (6 mph) thanks to the two propellers. The vehicle had a 600 km range. It was able to climb a 60% gradient, 30% side slope, 0.8 m vertical step, and a trench about 80 cm wide.

The Cadillac-Gage 1 metre turret was designed for armored vehicles, denominated after its 1-meter turret ring. It was originally armed with a 7.62 mm (0.3 in) machine gun (0.3') and 12.7 mm machine gun (0.5' or cal. 50). The only variant of the Canadian AVGP to mount this turret was the Grizzly. It was the smallest possible to keep the vehicle's interior large enough for the soldiers. When these vehicles were made available to African Union peace-keeping forces operating in Sudan, the latter had to seek permission from the US Government in order to ship them with theses turrets. The other vehicle using it (in US service) was the M1117 4x4 Armored Security Vehicle.

Closeup of the Cadillac Gage 1 meter turret, here with a grenade launcher on the M1117 Armored Security Vehicle.

In service, the majority saw their water propulsion removed. The Wheeled LAV Life Extension project saw conversions of the Grizzly (and Husky) into support variants (Command Post, Mobile Repair Team Vehicle). These variants were to be the Command Post (80), Radio Relay (10), Unit Access Nodes (20), Very Short Air Defence (24), Artillery Gun Tractor (18) and Mobile Repair Team (70). But this project was canceled in 2005. In May 2007, the Edmonton Police Service received a single, unarmed Grizzly from the Army.

In June 2005, the Canadian government announced the loan of 105 AVGPs (100 Grizzlys and 5 Huskys) to African peacekeepers in the Darfur region of Sudan. This was a low-intensity conflict, for which the vehicle was of the right size and capability. Civilian contractors were called on to maintain the vehicles. Since US-manufactured or licensed parts were used (mostly the turret), permission was to be required to loan the vehicles. At first, they were to be shipped without their CG turrets, and they arrived in Senegal in late summer 2005, the turrets being shipped later, on November 18, 2005. The loan was originally planned for one year, but it was extended, and transferred from the African Union to the United Nations.

According to Amnesty International, soldiers who used the loaned vehicles had little time for training but gained experience. One of these vehicles was destroyed by an RPG. A second one was damaged when ramming a more heavily armed but unarmored technical. In 2009, Uruguay purchased 98 Grizzlys (and 5 Huskys) previously on loan with the AMIS/UNAMID mission in Darfur. 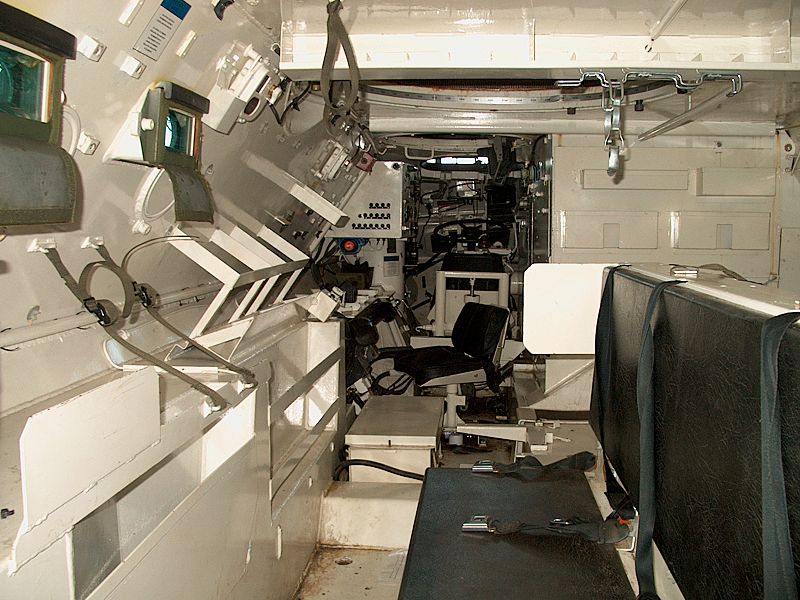 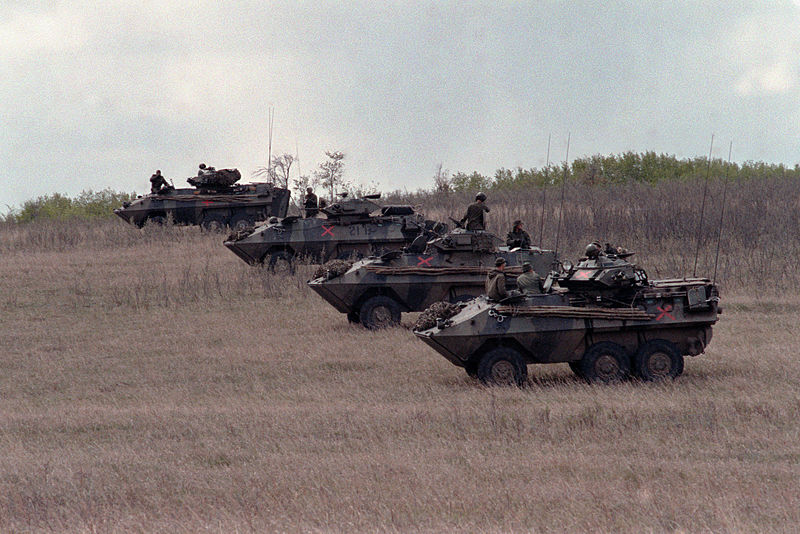 AVGP Grizzly during an exercise