The SU-76i was built or re-built by the Soviets because, while speeding up their huge production of tanks, they still faced shortages in certain areas. Furthermore, the original SU-76 model had several flaws. They were unreliable and not a pleasure to drive, so much so the Soviet tankers named it “the Bitch”. During the fall of Stalingrad, the Soviets had captured several StuG and Panzer III tank chassis in relatively good condition. With the thought of rearming them with bigger Soviet guns, they were shipped back to factory 37 at Sverdlovsk. 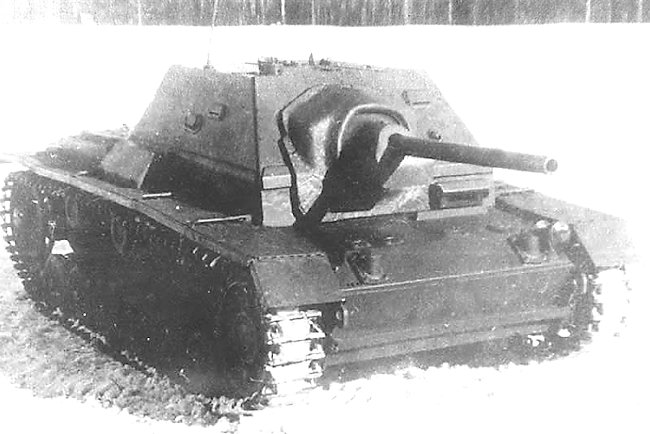 The SU-76i self-propelled gun was armed with a 76.2 mm (3 in) S-1 anti-tank gun
By early 1943, the Soviets had some 300 StuGs and Panzer IIIs and decided to mount 76.2 mm (3 in) Zis-3sh guns into their hulls. The resulting non-turreted tank destroyer was meant to fill in the gaps where SU-76s had been destroyed or sent back for repairs. The initial design was to mount the 76.2 mm on a semi traversable pedestal similar to early Italian TD’s, but this left the crew very exposed, more so than the SU-76, and would have left the tank defenceless against close artillery blasts and shrapnel. The gun was then to be mounted in a fixed casemate with limited traverse and a shorter, but more powerful 76.2 mm S1 gun was chosen.
Hinged pistol holes with an armored cover were inserted in the upper slab sided armor plate. This enabled the crew to fire their hand held weapons at enemy infantry that were getting too close. A vision slit was fitted above the pistol hole.
The hull mounted machine gun found on the Panzer III tank was removed on the SU-76i SPG. The driver sat on the left and had limited vision. He could only see directly ahead and to his left through an armored vision slit.
The prototypes were ready by March 1943 and sent for testing to the Sverdlovsk grounds. Even while the weather was extremely cold, with temperatures at -35 degrees Celsius, the new tanks destroyers, with their durable German components, passed the test. A few modifications were made, including oil heaters to stop the engine from freezing and other minor changes to batteries and sights. They were given the designation SU-76i, with the letter ‘I’ standing for ‘Inostrannaya’ or foreigner. It seems the hatred for Germans was even placed upon their equipment. The new SU-76i would have to prove itself. 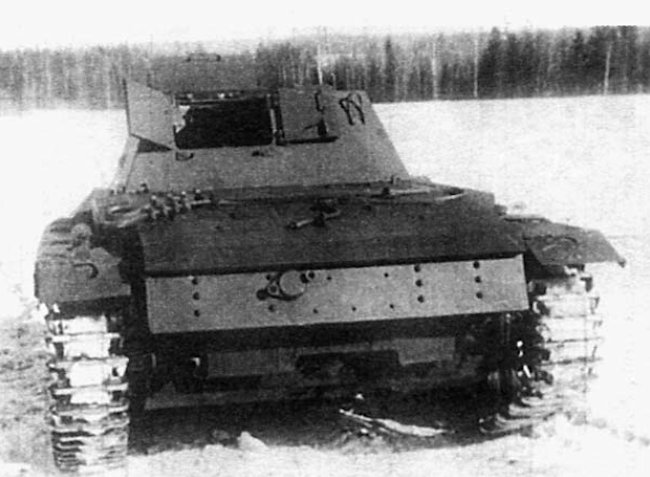 This Su-76i SPG does not have the external fuel tanks fitted onto the rear of the vehicle or the armored engine hatch covers.
Some 181 of these tank destroyers and 20 command vehicles were built by November 1943. Production was stopped after that date, mainly because, by then, the original SU-76 had all of its bugs rectified and was running well. The other reason was cost; stripping down and rebuilding a knocked out or captured Panzer III was harder than building a new SU-76, which could now be easily repaired and updated.
The SU-76i self-propelled gun was in some ways better than the SU-76 standard version. It had better armor, with 35 mm (1.38 in) of frontal plate, 25 (1 in) on the sides and about 15 mm (0.59 in) on the back. The SU-76 on the other hand, had only enough armor to stop small arms fire and splinters. The second and more important thing to those that drove it was that the SU-76i was fully enclosed. This made a huge difference to morale in the biting Russian winds and harsh temperatures present during that winter, and SU-76i crews could stay snug inside the vehicle by keeping the engine ticking over. 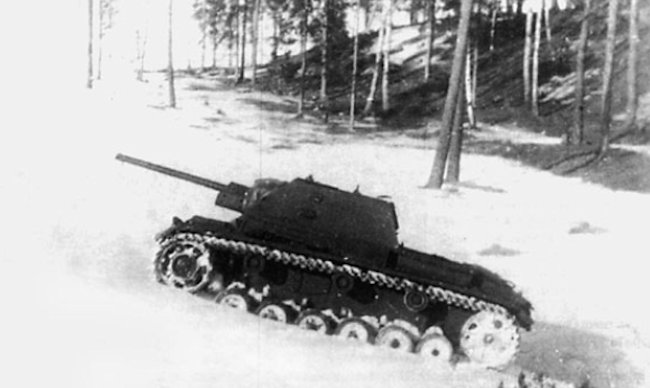 This Su-76i SPG did not have the external fuel tanks fitted onto the rear of the vehicle
The superstructure itself was of a welded design which, while more expensive than bolting, was necessary as the tank was not being made out of pre-fabricated parts, but was rather a chop shop job. Only the roof was bolted on, and this as a single piece to increase its strength. It was not unheard of for crew to remove this roof during the hot summer months and use the vehicle as an open topped tank.
The command tanks did not remove their roof and kept the original German commander cupola in situ. Their left ammunition bank was removed in order to fit an extra radio with improved signal capabilities in place.
Very few modifications were made or needed to the SU-76i. A reinforced shield was added over the mantle to stop stray rounds, and small changes were made to the suspension, as the Soviets had no natural replacement parts for this. The torsion suspension, on the other hand, was durable and lasted well. Despite its radical facelift and altered parts, the SU76i handled very well and was popular with its crews, despite its original heritage. 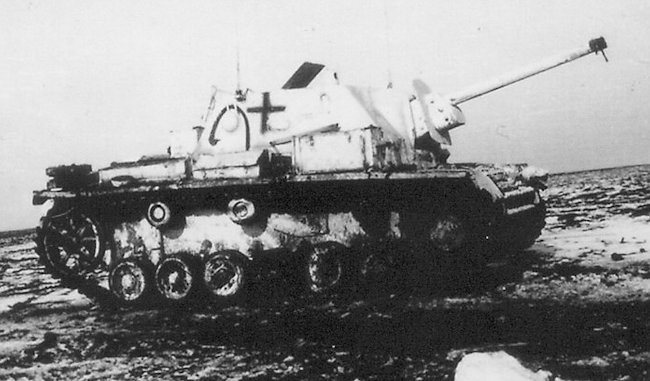 The SU-76i self-propelled guns fought from spring 1943 until early spring 1944. They were part of the Soviet armored forces at the battle of Kursk, where they were attached to the 5th Guards, 13th Army of the Central Front. Eight were lost and three totally burnt out.
During the assault on Orel, in late July 1943, sixteen SU-76i SPGs were deployed in operations. The Voronezh front saw the same number in action. Many were destroyed in the German counter attack near Prokhorovka. They saw action in South Russia and northern Ukraine.
After 1944, unlike many captured German tanks that were scrapped immediately when they were of no further combat use, the SU-76i had earned a warm place in the hearts of a few and as such the surviving 10-15 vehicles went on to be training vehicles at tank and artillery schools. 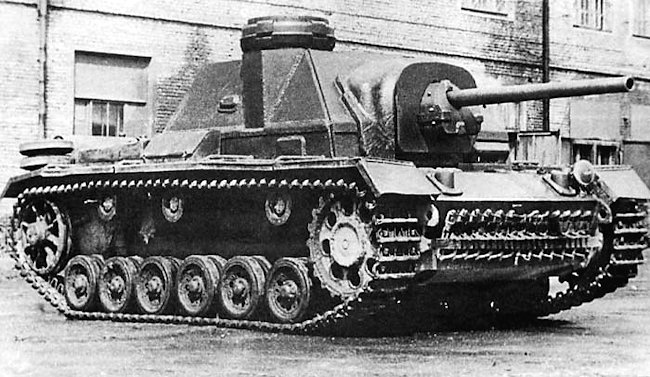 Twenty SU-76i self-propelled guns were constructed as command vehicles. They had an improved high powered radio and a Panzer III commander’s copula fixed on the roof. Less ammunition was carried to give extra room for the radio and maps.

Battle of Kursk SU-76i attached to the 5th Guards. 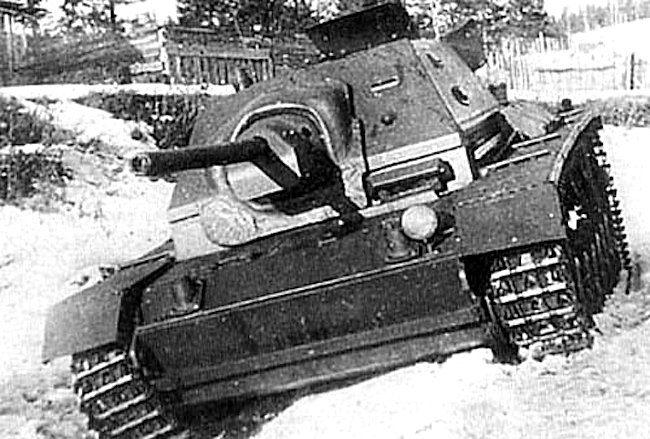 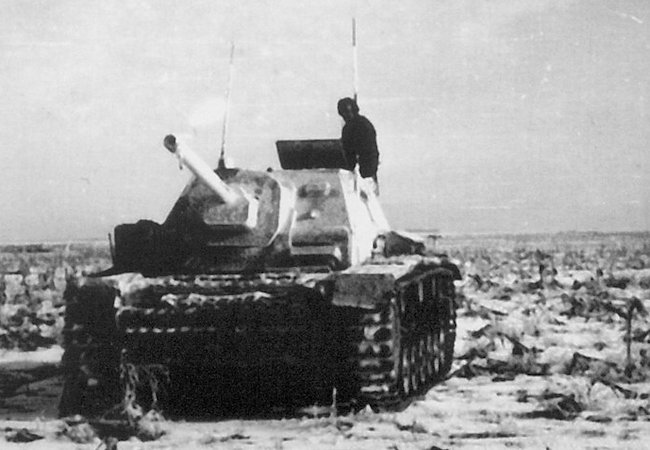 Only the command version of the SU-76i SPG was fitted with a cupola – Eastern Front, Winter 1943-44 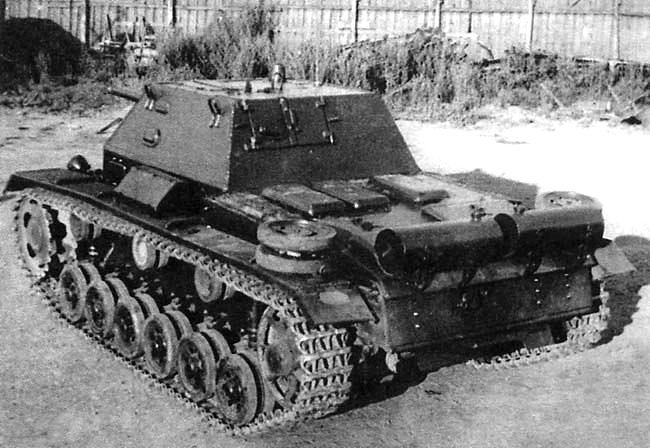 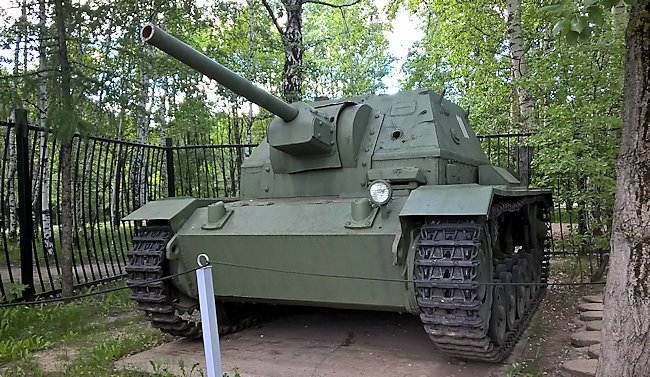 This SU-76i Soviet SPG can be found in the Central Museum of the Great Patriotic War 1941 – 1945, Park Pobedy, Moscow Russia. 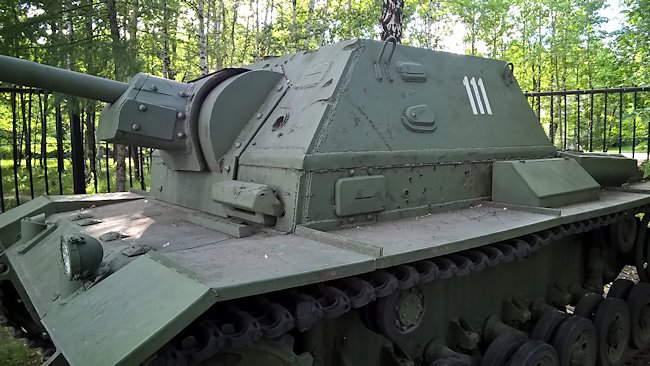 The SU-76i driver could only see straight ahead and to his left. Notice the vision slit above the covered pistol hole on the left side of the armored casement. 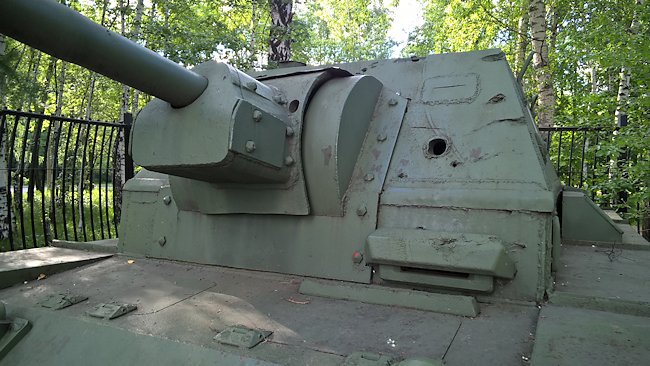 The SU-76i Soviet SPG was armed with a 76.2 mm (3 in) anti-tank gun. It is missing the additional gun shield and dust cover. 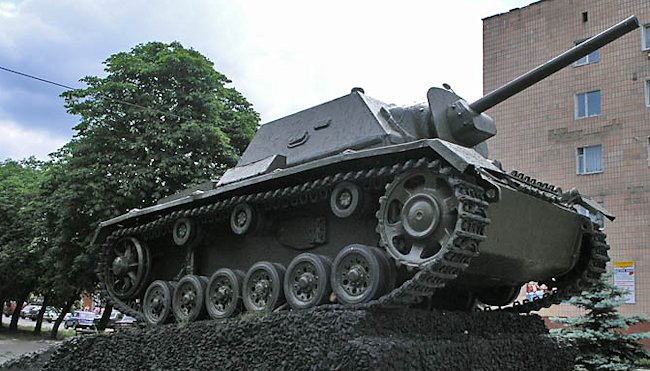 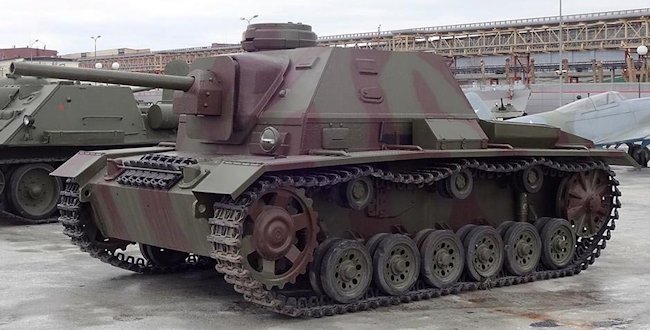 At the begining you say that only 121 were built and after 181 were built, is it an error ?

Yes, it was an error

One was actually (re)captured and pressed into service again with the german army with german markings, retaining its russian gun

the central museum unit has a plate mantlet while all other photos show cast mantlet and they look to be ball mounts. the central museum unit looks like possible prototype? its gun mount looks more typical pintal and wonder how it traversed in casement. I am modeling one in 1/16th so it caught my eye. Thanks

The “central museum” 76i salvaged from a firing range and not comlete. The orginal mantlet, gun etc ae missing.

Brilliant write up and descriptions. Came in very useful as I have made one in 1/16 RC. Scrounged PIII tank part and spares from the bits box a 3D printed casemate. Came out okay.

Thanks again, great resource and inspirational.

You said at the top of the article that the tanks carried no external fuel tanks on the rear, when clearly it does from the photos.