By Andrew Hills
The foundations and principles of modern armoured warfare did not appear out of a vacuum, and nor did the machines of WW1 and WW2. Their development was full of false starts, failed ideas, and missed opportunities. Rookes Evelyn Bell Crompton was a pioneer in electrical engineering and road haulage who, by the turn of the century found himself in South Africa during the Boer War. Later, in WW1 his early work with the Landships Committee on tracked vehicles sought to break the stalemate of trench warfare. Although his tank designs never saw combat the work he started was carried on by other pioneers and helped to usher in a dawn of armoured and mechanised warfare. Buy this book on Amazon!

Tanks Encyclopedia Magazine, #2
The second issue of the Tank Encyclopedia magazine covers the fascinating history of armored fighting vehicles from their beginnings before the First World War up to this day! This issue covers vehicles such as the awe-inspiring rocket-firing German Sturmtiger, the Soviet SMK Heavy Tank, the construction of a replica Italian Fiat 2000 heavy tank and many more. It also contains a modeling section and a feature article from our friends at Plane Encyclopedia cover the Arado Ar 233 amphibious transport plane! All the articles are well researched by our excellent team of writers and are accompanied by beautiful illustrations and period photos. If you love tanks, this is the magazine for you!

Buy this magazine on Amazon!

The foundations and principles of modern armoured warfare did not appear out of a vacuum, and nor did the machines of WW1 and WW2. Their development was full of false starts, failed ideas, and missed opportunities. Robert Macfie was a pioneer in aviation at the turn of the century followed by work with the Landships Committee on tracked vehicles to break the stalemate of trench warfare. Although his tank designs never saw combat the work he started was carried on by other pioneers and helped to usher in a dawn of armoured and mechanised warfare.

In 1916, the British Army had started using tanks in battle in an attempt to break the deadlock of trench warfare. These large lumbering Heavy Tanks were slow and unable to exploit weaknesses in enemy lines or a breakthrough. What was needed was a new ‘Medium’ Tank, and the Lincolnshire firm of William Foster and Co., the brains behind the Heavy Tanks set to work on a new Medium vehicle. By February 1917, this new vehicle, known as the Tritton Chaser or ‘Whippet’ was ready in prototype form. Two hundred of these Whippet tanks, officially known as the Medium Mark A were produced. This manual dates to the early days of the Whippet as it was being produced for the Tank Corps. A guide to the operation and maintenance of this new, smaller, and faster tank. 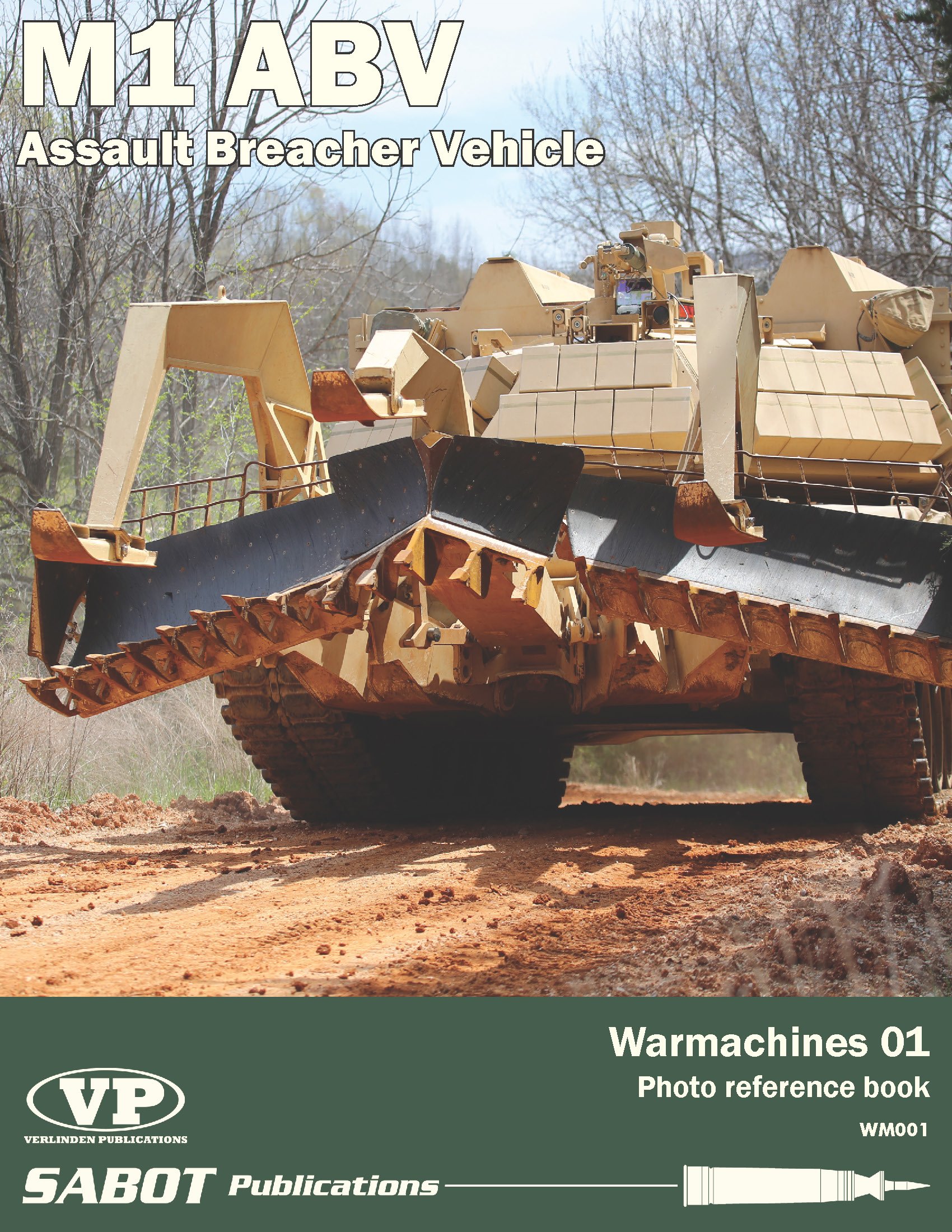 Warmachines 01 is a visual reference of the U.S. Army and U.S. Marine Corps M1 Abrams-based assault breacher vehicle. This is the first book in the Verlinden Publications relaunch of the Warmachines series of photo-reference books. It contains 64 pages of full color, large format photos of the ABV in combat and training environments. Includes walkaround detail shots as well as weathering shots of the ABV with the full-width mine plow and the combat dozer blade.

Service Manual for the British Super-Heavy tank TOG-2R. Pieced together from surviving records this manual was written in sections during the long development of the tank and was stopped when the project was terminated. As such the manual is incomplete but has been recreated as close as possible to what the original manual would have looked like had the tank entered production.FWD Publishing

Service Manual for the British Super-Heavy tank TOG-2*. Pieced together from surviving records, this manual was written in sections during the long development of the tank and was stopped when the project was terminated. As such the manual is incomplete but has been recreated as close as possible to what the original manual would have looked like had the tank entered production.
FWD Publishing

The Tanks of TOG
The work, designs, and tanks of the Special Vehicle Development Committee in World War II

The previously untold story of the Special Vehicle Development Committee, better known as ‘The Old Gang’ or by the abbreviation ‘TOG’. The SVDC managed in very short time to design more than one vehicle to accomplish this seemingly impossible task and built tanks bearing their acronym as TOG-1 and TOG-2. FWD Publishing

Fallen Giants: The Combat Debut of the T-35A Tank

The Soviet T-35A is the only five-turreted tank in history to enter production. With a long and proud service history on Soviet parade grounds, the T-35A was forced to adapt to the modern battlefield when the Second World War broke out. Outclassed and outdated, the T-35A tried to hold its own against the German invaders to no avail. For the first time, actual battlefield photographs have been cross-referenced with maps and documents to bring about the most complete look at the T-35A in the Second World War to date.

A compilation of little known military history from the 20th century. Including tales of dashing heroes, astounding feats of valour, sheer outrageous luck and the experiences of the average soldier.

Hi, I saw on the Twenot website that you were recruiting people to provide various skills and services for Tank Encyclopedia.
I think I may be able to help.

I have had a lifelong interest in military vehicles and aircraft.
By profession I am a design consultant.
I am a qualified designer and a published military author. I also do technical illustration, photography and 3D CAD modelling.
I am involved in producing master models for several manufacturers professionally and I also like to build models in my spare time.

Please let me know if you think I may be of help.

Can you send a pic of one of your models if you can?