Based on the Panzer IV

The story behind the StuG IV is somewhat chaotic. It was born inside Krupp’s factory walls in the shadow of the successful StuG III. The company was, at the time, responsible for producing the Panzer IV. By 1943, it was producing the Ausf.G/H, while Alkett’s Sturmgeschütz III Ausf.G (the best version) was barely entering service on the Eastern Front. Krupp prepared the drawing number W1468 in February 1943, combining a remodeled superstructure from the StuG III Ausf.F with the ninth chassis version of the Panzer IV, but it was dropped as being too heavy. In August 1943, Hitler was given reports on the performance of the StuG III at the battle of Kursk, which pointed out relatively superior performances of the StuG III Ausf.G compared to the Panzer IV. He ordered Krupp to switch production to a dedicated tank-hunter, the Panzerjäger IV, that would be equipped with the same 7.5 cm L/70 used by the Panther.

Soon after, Vomag produced a prototype of the Panzerjäger IV, equipped with the 7.5 cm L/70 in October 1943, and the vehicle entered mass-production. However, this long gun was very scarce, and supply problems let to the first models mounting the 7.5 cm L/48. At the same time, the StuG III production was virtually stopped by Allied bombings in November-December 1943. Krupp prepared a new drawing, using the same kind of superstructure on Alkett’s design. It emerged as cheaper and easier to manufacture than the Jagdpanzer IV and Krupp was given the green light after a demonstration to Hitler on 16-17 December 1943. The production of the StuG IV started immediately.

Design of the StuG IV

The chassis used for this was the Ausf.H. It was married with Alkett’s StuG III Ausf.G superstructure, with the addition of a box compartment for the driver. This hybrid construction meant that production could be set up quite fast. Surprisingly, the combat weight was inferior to that of the StuG III Ausf.G, 23,000 versus 23,900 kg. The crew comprised four men, with the commander in the hull left rear, gunner on the left center, loader on the right rear and the driver in the hull left front. The rotatable commander’s cupola received eight vision blocks. Maximum armor thickness was reached on the superstructure front, with a 80 mm (3.15 in) thick welded plate. The gun mantlet was of the “Saukopf”, or “pig snout”, type. The gun itself was the usual 7.5 cm StuK 40 L/48 with 63 rounds in store. There was no machine-gun, but the need for a close defense weapon urged the adoption of a shielded MG 34 fitted on a ring mount around the loader’s hatch, with 600 rounds in store. The engine was the Panzer IV Ausf.H’s V12-cylinder Maybach HL 120 TRM coupled with a ZF SSG 76 Aphon transmission. 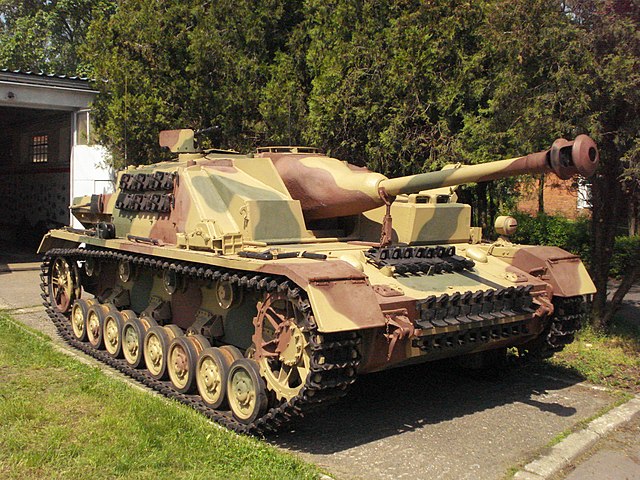 Front view of a Sturmgeschütz IV from a Polish private collection. The lower part of the superstructure was 80 mm (3.15 in) thick. The gun is slightly offset to port, with the driver compartment to its right. We can see the three vision blocks protruding. There were two models of machine-gun shields. The late one, seen here above the loader’s hatch, was much lower but offered far better lateral protection.

Production was assumed by Friedrich Krupp Grusonwerk AG of Magdeburg-Buckau. The numerous common parts with Alkett’s vehicle meant the vehicle had a very low cost, and later, with the reorganization of the production by Speer, benefited from the same supplier network, less sensitive to Allied bombings. It spanned three years, from December 1943 to May 1945, when Germany capitulated, with a total of 1,108 plus 31 conversions from damaged Panzer IVs (1139 total). The Ordnance department called it the Sd.Kfz.167. There were no Ausfuehrungs (variants), but modifications included Zimmerit paste (not for long), shielded MG 34 on the roof and spaced armor (Schurzen).

The StuG IV was seen as a supplement to the lack of StuG IIIs in the beginning, and was deployed with the same infantry divisions and used tactically in the same way. It was an equally efficient tank hunter. Tests were also made with the 75 mm (2.95 in) L/70 gun, which were not concluded. Apparently, no StuG IVs were used by the German allies. By far, most were used on the Eastern Front and eastern Europe, then Germany in 1945. They also soldiered in Italy, after a demonstration was made to Field Marshal Albert Kesselring (Army Group C) in 1944, in Normandy in the summer of 1944, as well in the Ardennes offensive of December 1944.

Links and resources about the StuG IV

The Sturmgeschütz IV on Wikipedia
The StuGs on Achtung Panzer

An ahistorical rendition of a StuG IV in Hungarian markings. Hungarian StuG IIIs are often misidentified as StuG IVs due to the similarity of the Saukopf mantlet used on each vehicle. 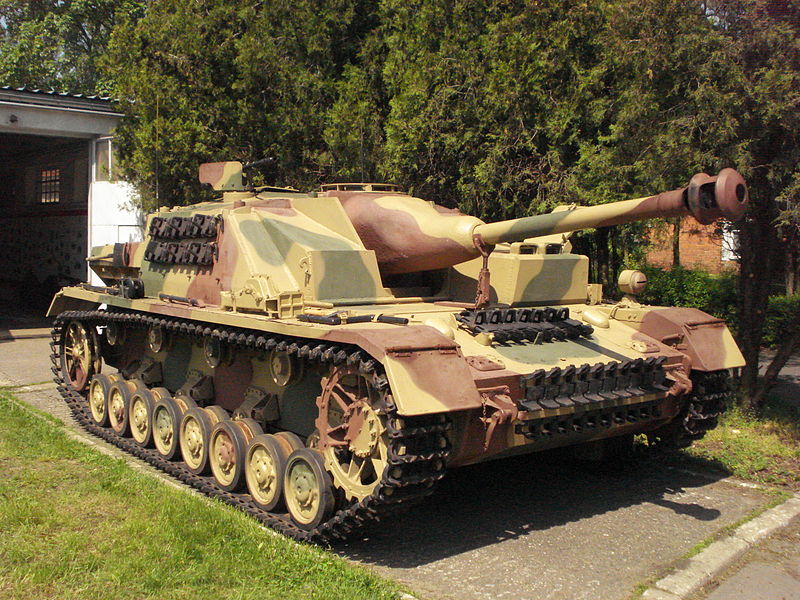 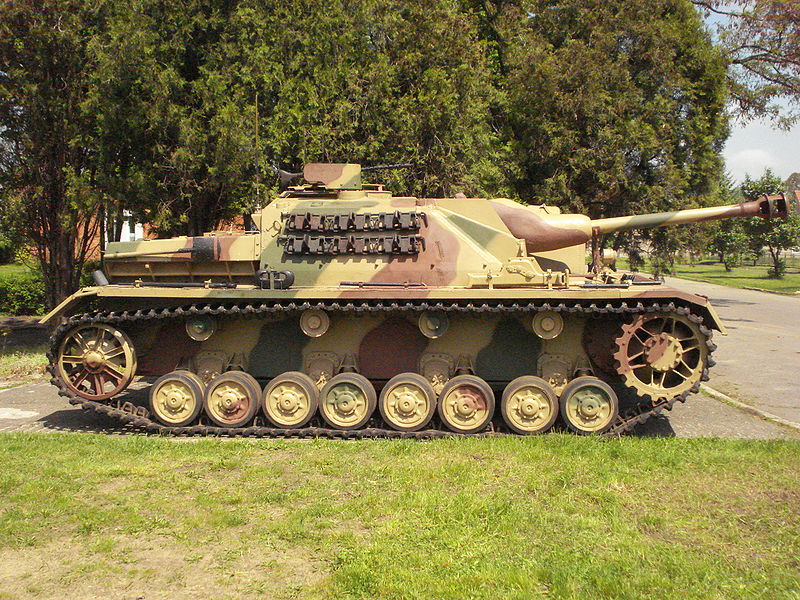 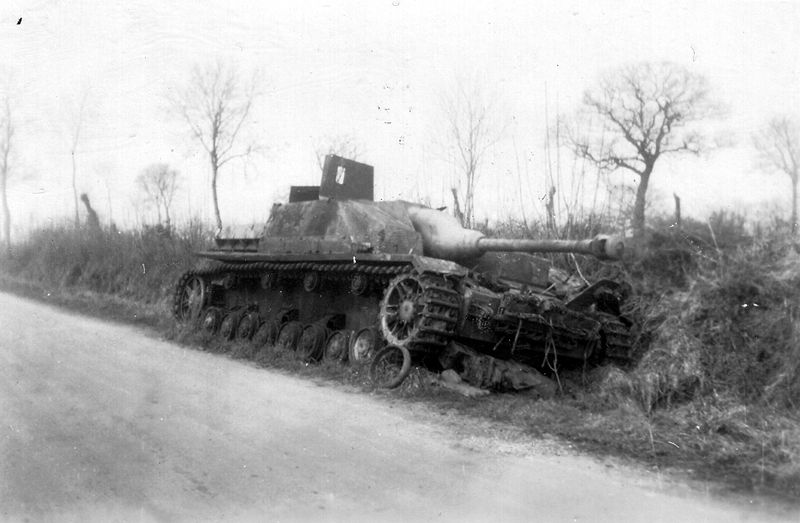 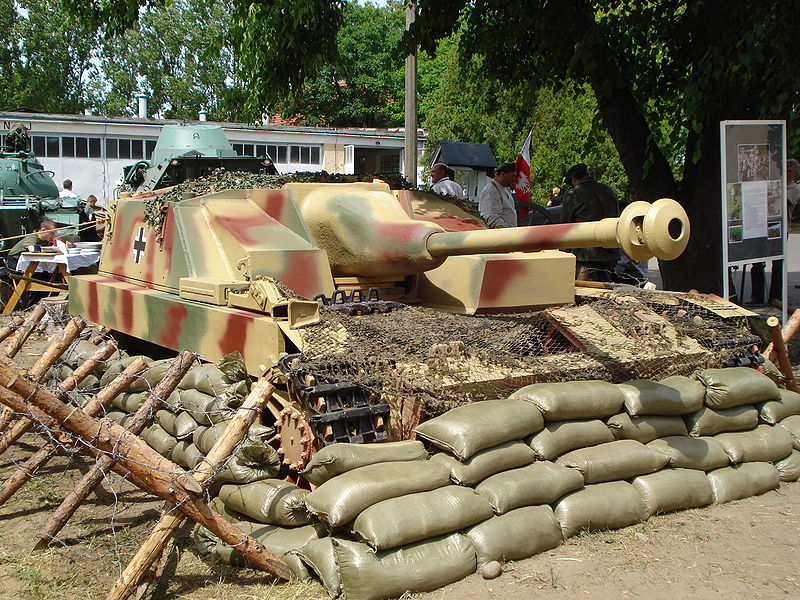 Mr. B, lovely artwork on the Hungarain StuG IV but I cannot find any evidence that the Hungarians used the vehicle. I have researched to try to find any information regarding StuG IVs in Hungarians service to including corresponding with a Hungarian researcher and he verified that his nation did not receive the StuG IV. The Hungarians did receive the StuG III G with Topfblende manlets. May I ask for the reference used, please.

Upon review it seems that the information on the Hungarian STUG IV was incorrect as far as our Hungarian researchers are aware. It may have been a case of mis-identification, we have fixed the issue. Thankyou for your assistance
-TE Moderator

No torsionbar Suspension on Stug 4 – only on Stug 3 !