The Republic of Mali, which gained independence from France in 1960, very quickly became a dictatorship closely aligned to the Soviet Union. Its first ruler, Modibo Keïta, aligned with a Socialist ideology, which led to the very first armored vehicles of the Malian Army, T-34-85s and BTR-40s, being received merely months after the country became independent. In the following years, and despite Keïta being overthrown in 1968, and Mali joining the Non-Aligned Movement, the country would retain close ties with the Soviet Union. This would lead to continued Soviet deliveries of arms to Mali, including a contingent of PT-76 light tanks in 1975.

The PT-76 Arrives in Mali

By 1975, Mali was under the rule of General Moussa Traoré. Though less ideological than his predecessor Keïta, whom he had overthrown, Traoré remained aligned with the Soviet Union, and in 1975, his country received a shipment of varied Soviet vehicles. These included 10 BRDM-2s, 10 BTR-152s, and 20 PT-76s. It is unknown when Mali received its fleet of T-54s, but these may also have been part of this same shipment.

Mali was, and still is, one of the poorest countries in the world, and indeed this 1975 shipment of Soviet armor is widely believed to have been sent as aid with little to no payment from Mali. All the vehicles appear to have been second-hand, seeing as overall, all were of models already in service in the Soviet Army for years.

The Malian PT-76s are somewhat curious in that they are far from the most common PT-76 variant. The Malian Army vehicles are PT-76 Model 1952. These are the second production model of the vehicle. They are quite easy to differentiate from the more common posterior PT-76s thanks to their elongated muzzle brakes with a large number of vertical slot openings. In comparison, the most commonly exported PT-76 models, the Model 1957 and onward (also known as PT-76B), use a ‘German-Style’ muzzle break.

Little is known of the operational use of the PT-76s in the Traoré years. In December 1985, Mali waged a short 5-day war against its neighbor, Burkina Faso, over the Agacher Strip, but this was a small-scale conflict and it is not known if the PT-76s were engaged.

Since the collapse of the Traoré regime in 1991, further openness from Mali has allowed more views of the PT-76 to emerge. During the March 2012 coup, during which Malian president Amadou Toumani Touré was overthrown, PT-76s were seen in the streets of Bamako, sometimes alongside BTR-60PBs, which may suggest the vehicles were in use in the neighboring Malian Army base of Kati.

One of the more interesting aspects of the Malian PT-76s is the variety of camouflages the vehicles have been seen in over the years.

During the 2012 coup, the PT-76s seen appeared in a classic plain green camouflage scheme. A similar scheme was also seen in what are likely earlier photos. Though the vehicle seen during the coup does not appear to have had any markings, PT-76s have also been seen with the same plain green camouflage scheme but bearing commemorative names. Interestingly enough, all names seen on Malian PT-76 are historical references to Mali’s medieval era. While historical names have also been seen on other types of Malian vehicles, commemorative names coming from modern Malian officers or geographical areas are also commonly seen on other Malian armored fighting vehicles but have never been seen on the PT-76s. 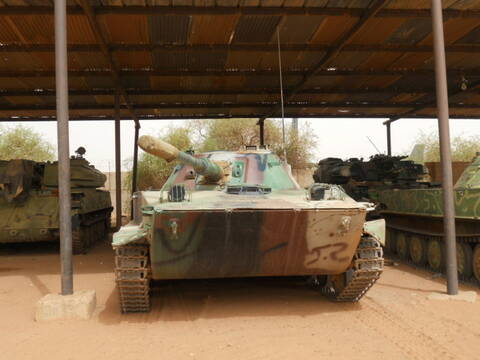 More recently, photos of PT-76s in Malian Army bases have shown them with a much wider variety of colors. The vehicle have both been seen in a green and yellow camouflage scheme, or a more multicolor scheme including dark green, brown, beige, and black, itself varying in the way it is applied, sometimes being fairly neatly separated, but sometimes featuring lines of various colors in large spots of others. Most of these vehicles have little to no markings.

Though their service is fairly obscure, the Malian PT-76s are dated vehicles, and while they have not been removed from the Malian Armed Forces’ inventory, their present operability is questionable.

The Malian Army’s main adversaries, ever since the last conflict with Burkina Faso, have largely been Tuareg rebels, which typically engage in guerilla operations, including ambushes and harassment over the vast Sahara desert. Tracked armored fighting vehicles generally do poorly in these conditions, having lackluster range to cover the massive expanses of the Sahara Desert. In this environment, the Malian Army has preferred the use of wheeled vehicles over them. This has comprised, to an extent, the BRDM-2 and BTR-60PB, but mostly the use of technicals, which have formed the backbone of the Malian army in the north of the country. As such, it is unlikely any Malian PT-76 has ever been lost in combat.

However, because of the nature of the military operations Mali has recently undertaken its tanks fleet, comprising PT-76s, T-54s, Type 62s, and even T-34-85s, has found itself generally being almost completely out of operational use. What the Malian Army has opted to do broadly is to maintain the vehicles, perhaps in case of tensions with another state in the region, and to keep them stored in military bases, seemingly mostly around Sikasso, in Mali’s southernmost province, but rarely, if ever, use them operationally. In this regard, the PT-76s are actually the most actively used Malian tanks, seeing as the type was seen in the 2012 coup, which may suggest some could be stored in other places aside from Sikasso, which is fairly distant from the capital, Bamako.

A report from 2011-2012 states that Mali still had 18 PT-76s, but suffered from its stocks of 76 mm ammunition mostly being faulty, which would considerably hamper the vehicle’s combat capacities. It has been claimed that some sort of small-scale refurbishment program has been put in place in order to keep some of the fleet operational, which the use of the vehicle in 2012 may corroborate. Nonetheless, some other recent photos show PT-76s abandoned, or at least very lacking maintenance, with graffiti drawn on the sides of the vehicle, and it is likely that considerable work would have to be done in order to bring Mali’s PT-76s to a truly operable state. 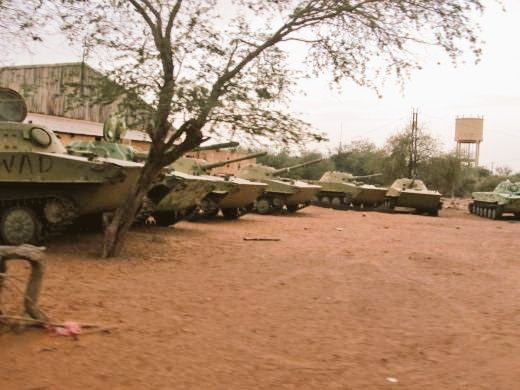 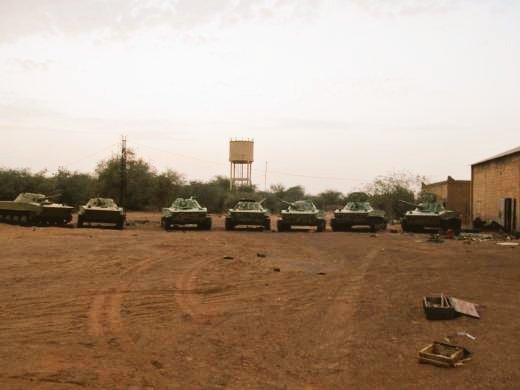 In the second half of 2021, Mali has made steps to shift from France and its Western allies diplomatically, and rather attempt to reinforce its relationships with Russia, which may result in the Wagner Private Military Corporation contractors being deployed in Mali. Though it is a long shot, this mounting relation with Russia may perhaps, if Mali desires so, ease obtaining spare parts and technicians which may help refurbish and maintain operational Mali’s old Soviet armor. Nonetheless, the type remains out of place in the counter-insurgency warfare operations in the vast desert the Malian Army is to undertake in the Sahara. As such, it is just as likely that the vehicles will continue to remain in a state of disrepair.