History and Origins in World War 2

Canadian armored history began at the outbreak of World War 2, with the rapid expansion of the army brought about by the mobilization of manpower and industrial might. The Permanent Active Militia was beefed-up and reorganized as a standing army. By the end of the war, the Canadian industry had produced thousands of Ram and Valentine tanks, Sexton self propelled guns, three types of armored cars and almost one million of the famous “Canadian Military Pattern” (CMP) trucks from Ford, GM Canada and Montréal Locomotive Works factories. After the ill-fated raid on Dieppe in 1942, Canadian tanks continued to serve from Sicily to Italy, France, the Low Countries and Germany. With this experience, the Canadian armored forces entered the Cold War.

Find more about Canadian armor at our partner museum, the Ontario Regiment Museum!

Canadian armor in the Korean War

The first Cold War test of the Canadian army came with the Korean War. In 1950, a Canadian contingent was sent under the UN banner to defend South Korea against the Northern aggression. At that time, the Canadian Army relied on existing WW2 stocks and its only modern tanks were acquired in 1946 from US WW2 surplus stocks in the form of the Sherman M4A2 (76)W HVSS. In 1952, the Canadian government purchased additional Sherman M4A3 (76)W HVSS tanks, which were immediately shipped overseas for use in the war. The government also began purchasing Centurion Mk.3 and Mk.5 tanks, and after the ceasefire, Centurion Mk.11s to replace the Shermans.

The Canadian Army on Wikipedia
List of modern Canadian equipment (including AFVs)
The full list of Canadian armament, including WW2 and Cold War AFVs

Until the early 1970s, the Centurion tanks formed the bulk of the Canadian tank force. On top is a Mark V-1 of the 8th Canadian Hussars (Princess Louise’s) in Exercise Holdfast, Northern Germany, September 1960.

Below, a Mark V-2 of Lord Strathcona’s Horses (Royal Canadians) in Soltau, West Germany, September 1966. Some Mark 11 were also purchased. By 1979 all of the Centurions were sold to Israel, where they were modified, modernized (Sho’t Kal) and kept in service until the early 1990s.

Canada acquired the German Leopard main battle tank in 1978. 127 were bought in total, 114 of which were “Canadianized” with specific local requirements, based on the Leopard 1A3 standard.

The Cougar was armed with the Scorpion light tank’s turret. It was based on the Piranha II 6×6 and was a pure reconnaissance vehicle.

The Grizzly was similar to the Cougar, but with a Cadillac-Gage 1 meter turret. Used for reconnaissance and as an APC.

ARV version of the AVGP programme. 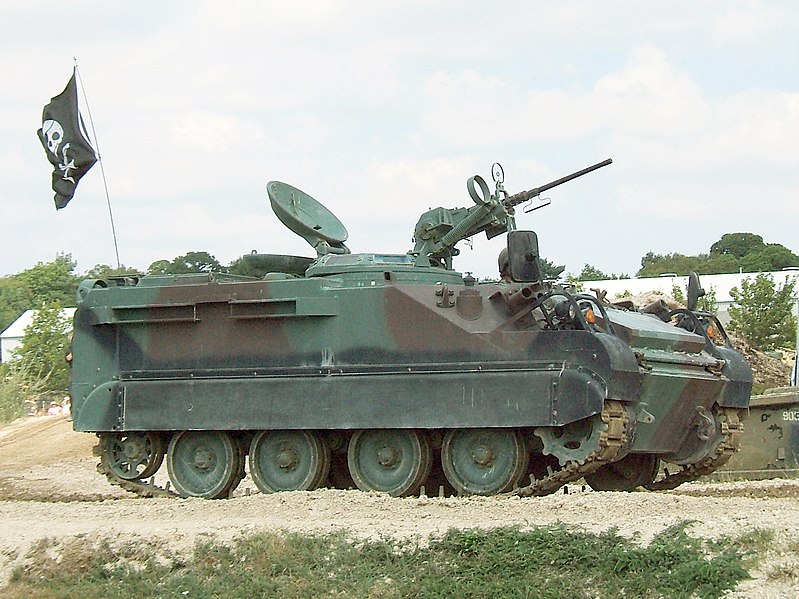 A reconnaissance vehicle designed in the US based on the M113 chassis.

Cougar during a peace-keeping operation with the UN in Somalia.