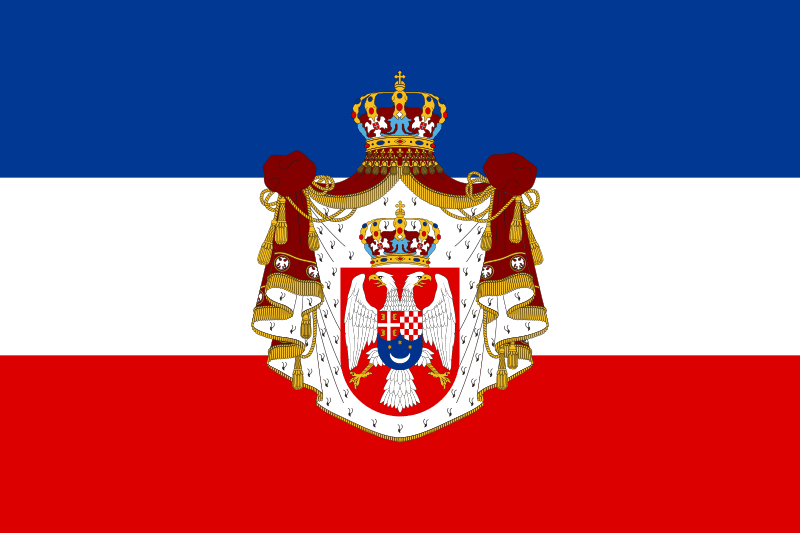 In the early 1930s, the Yugoslav Royal Army began a process of reforming and reinforcing with additional equipment and armor for its two cavalry divisions. Each cavalry division consisted of two to three cavalry brigades with two regiments, one artillery squadron, a cycling battalion and other supporting units. It was planned to attach a motorized regiment to each division, supported with armor like light tanks or tankettes.

From the start, there was an issue as to where to acquire this new equipment from. While France and Yugoslavia had good military cooperation, France was unwilling to sell its latest tanks, as it wanted to dispose of the older surplus models first. Through the French, Yugoslavia had at its disposal around 56 older Renault-Kegresse M-28 and FT tanks, some having been bought and some received as military aid in the 1920-30s. By April 1940, the Kingdom of Yugoslavia managed to acquire 54 relatively modern R35 light tanks from France. The Yugoslav Royal Army had even considered acquiring some Soviet tank designs, such as the T-26 or BT series. However, mostly due to political reasons, this was not possible.

Yugoslavia negotiated with Poland and Czechoslovakia about acquiring new equipment. The negotiations with Czechoslovakia were somewhat successful and delivery of only eight Škoda Š-I-D (T-32 in Yugoslav service) was agreed.

The Š-I-D was perhaps the most modern armored vehicle in the Yugoslavian Royal Army. Its general performance, however, proved to be disappointing. While the 37 mm gun was one of the best for its time for its size, the running gear proved to be unreliable, with a poor design that needed constant repair and was easy to break. Another issue was its armor thickness, which the Yugoslav Royal Army never deemed sufficiently strong and required to be improved. For these reasons, the Yugoslav Royal Army officials demanded from Škoda a new tankette with improved running gear, armor and main weapon. Škoda developed a much improved Š-I-j tankette. The prototype, without the gun, was completed in May 1938.

The Š-I-j designation is an abbreviation, with ‘Š’ standing for the manufacturer, Škoda, ‘I’ (Roman number for 1) represents the vehicle category (category I for tankettes, category II for ‘light’ tanks and the category III for ‘medium’ tanks) and ‘j stands for ‘jugoslávský’, Yugoslav. Depending on the source, it was also marked with a capital ‘J’. But, if we take into account that the previous Š-I-D prototype was also marked with a minuscule ‘d’, we can assume that the Š-I-j designation is correct.

Škoda began changing its naming system for its production vehicles in 1940 (or in 1939 depending on the sources) and this included the Š-I-j. There are some disagreements between different authors about its later designation. According to B. Nadoveza and N. Đokić (Odbrambena privreda Kraljevine Jugoslavije), the name was changed in May 1939 to T-I-D, where the capital ‘D’ stands for Diesel. Author D. Predoević (Oklopna vozila i oklopne postrojbe u drugom svjetskom ratu u Hrvatskoj), mentioned that the name was changed to T-3D. To complicate the matter more, authors H. C. Doyle and C. K. Kliment (Czechoslovak armored fighting vehicles 1918-1945) state that the T-3D designation was used for the previously built Š-I-D tankette.

The new Š-I-j tankette had many visual similarities with the previous built Š-I-D. The most obvious change was the redesigned and improved suspension, which had proved to be highly problematic on the previous version. It consisted of two pairs of larger road wheels (on each side), suspended by leaf-spring units. There were two front drive sprockets, two rear idlers and eight return rollers in total (with four on each side).

The vehicle was equipped with (sources do not give us a precise type or name) a 3.77 liter diesel engine giving 44 kW (59 hp)@2200 rpm. The vehicle’s maximum speed was 31 km/h, but the cross-country performance is unknown. While tested with the Yugoslav Royal Army, the operational range was listed as 6 hours not in usual km.

The superstructure consists of a simple rectangular armored casemate with a commander’s cupola on top. The armor plates were held in place with rivets. The front armor thickness was 30 mm, the sides 15 mm and the rear was 12 mm thick.

The Š-I-j had two crew members: the driver who also used the machine gun, and the commander, who was at the same time the gunner and loader of the main gun. This was far from ideal, but for tankette standards of the era, it was completely normal. To gain access to their battle positions, the commander entered through the command cupola and the driver through the hatch next to it. The crew could observe the surroundings through two larger observation hatches in front, with an additional smaller one located on the driver side. For the commander, there was no need for a side observation hatch, as he had the cupola for all-around view of the surroundings.

The Š-I-j prototype was presented to a Yugoslav military delegation during March 1939. After examining the vehicle, the delegation had shown interest in the potential purchase of some 108 vehicles. By the end of 1939, the sole prototype was transported to the Kingdom of Yugoslavia for future examination. It is not clear what happened during the examination but no production orders were placed by the Yugoslav Royal Army. Possible reasons for this were that it was either deemed unsatisfactory or that more modifications were required, but the sources are not clear on the matter. It is also possible that the Yugoslav army officials simply lost interest in tankettes and wanted a ‘proper’ tank. In either case, the vehicle was returned to Škoda, where it was taken over by the Germans. Its final fate is unknown, but it can be assumed that it was probably scrapped during the war

While the new Š-I-j had many improvements regarding the armor, the armament, the running gear and the engine, for unknown reasons, it was never adopted by the Yugoslav Royal Army. Had it been put in service it may have been one of the best such very light vehicles in the world mainly due to its armor and armament, as most other similar vehicles were only lightly armored and armed with only machine guns.

Illustration of the Škoda Š-I-j produced by Brian Gaydos, funded by our Patreon Campaign

What kind of translator do you employ? I mean, at least for spanish text.

Was the 47mm gun the largest used in a tankette of this era? Some normal tanks of the same period were armed only with a 37mm gun.

Yes.
the 47mm gun was the biggest gun a tankette ever had. The Japanese had a Tankette called the Type 97 Te-Ke, it had a rotating turret and a 37mm gun in it.

Where can I find a list of United States T-numbers designations ???

I recovered it, it is in good shape.

Where can I find the T numbers ? Thank you

There is a list of M numbers on Wikipedia