On 15 September 1939, the German Heereswaffenamt (Army Weapons Office – HwaA) issued new specifications for a fast, more heavily armored scout reconnaissance tank with 30 mm front armor, a 2 cm or 3.7 cm main gun and a top speed of 50 km/h. These were originally sent to the German firm MAN but, on 31 July 1940, they were also sent to two other companies, Škoda and BMM (the former Czechoslovak CKD).
The prototype Panzer T-15 light tank looks like an improved Panzer II tank but there were many differences. Its factory designation was the Škoda T-15. The first two prototypes were only built in mild structural steel. 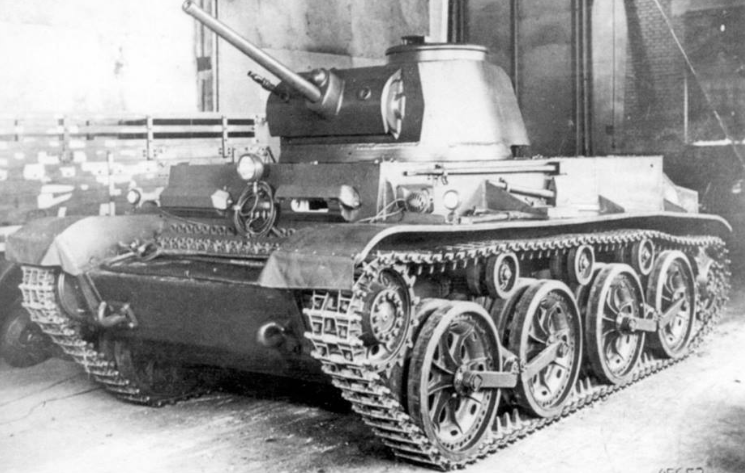 The company Škoda-Werke’s T 15 design had welded armor, an improvement over the Czechoslovak built Panzer 38(t) tank’s bolted and riveted armor. The armor on the front of the turret and hull was 30 mm thick and the sides were 25 mm thick. The turret had a new curved shape with a commander’s cupola. The main gun fitted on the prototypes was the 3.7 cm Škoda A11 anti-tank gun (German designation 3.7 cm KwK 38(t) L/47). It could fire armor-piercing (AP) shells and high explosive (HE) fragmentation shells. 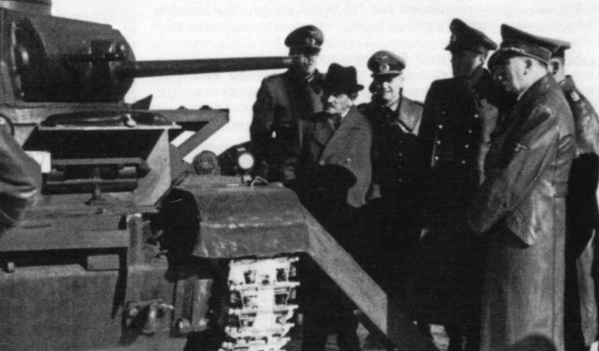 On 4 January 1943, the Panzerspähwagen II Ausführung Skoda prototype was shown to Hitler and senior German officers. Photo: Bundesarchiv
There was no hull machine gun. A 7.92 mm MG34 machine-gun was mounted in the turret. The driver and radio/operator were positioned at the front of the tank. Both had armored vision ports like the later Panzer II tanks.
The tank was powered by a Škoda water-cooled V8 10.8 liter 245 hp gasoline/petrol engine. The transmission had 6 forward gears and one reverse.
The suspension was different from other tanks under construction at that time. It had four pairs of large road wheels on semi-elliptic leaf springs. There were three pairs of smaller track return rollers. The drive wheel was at the rear while the idler was at the front. Rear view of the Škoda, looking at the engine bay. The Panzerspähwagen II Ausführung Skoda prototype had four pairs of large road wheels on semi-elliptic leaf springs and three pairs of track return rollers. Photo: SOURCE
The first prototype T-15 was built in October 1941, and the second in December 1941. Tests were conducted during March and June of 1942. Further tests were completed between July and October at Kummersdorf, 25 km south of Berlin.

Illustration of the Panzerspähwagen II Ausführung Škoda, also known as the Škoda T-15. Produced by Mr. Adrielcz, funded by our Patreon Campaign

Alterations were made to the original design on the later prototypes. The turret shape was changed. The side armor was curved differently. An armoured driver’s vision port was fitted to the side of the chassis. The commander’s cupola was also completely redesigned. Instead of the Czech ZB.37 machine gun a German 7.92 mm MG.34 was installed. The 37mm A11 gun remained in place, but Škoda’s engineers also provided for the possibility of arming the tank with a 47 mm gun. The same Wa Prüf 6 document dated 5 March 1942 mentioned earlier showed that it was intended to mount a 5 cm PaK 39 L/60 on the production tank in a Daimler-Benz built turret. 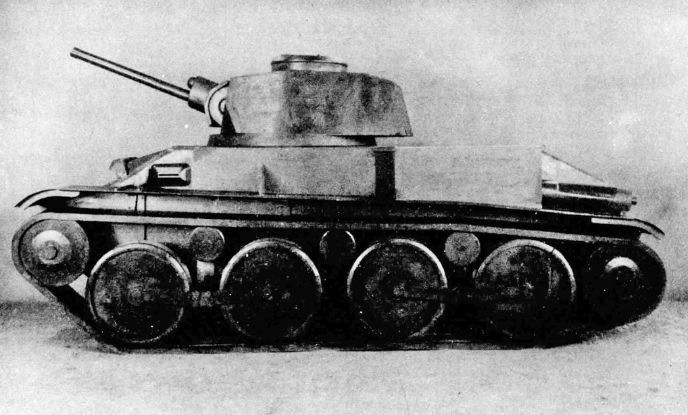 Škoda had signed a contract to build five prototypes but only built four. Construction of the fifth was stopped in early 1944 as the Panzer II Ausf.L Luchs (Lynx) was already in mass production.
Škoda completed the construction of the fifth prototype in May 1945, having restarted work in January. After the war finished, it was shown to the new Czechoslovak Army in July 1946 but no orders were placed. The Škoda tank design department used the chassis to develop different light tank projects which they called the T 15A, T 15S and T 16. They stayed as drawings. No prototypes were built. 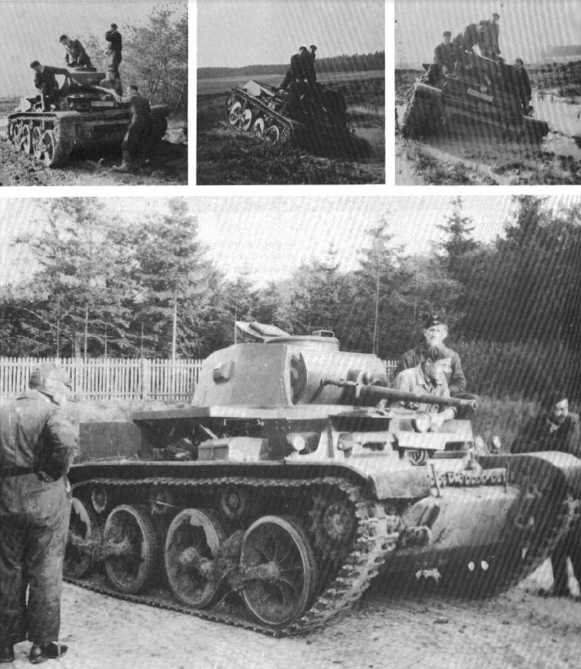 The Pz.Sp.Wg II Ausf.Skoda prototype tank undergoing trials. There appears to be a build up of mud between the road wheels. A platform has been constructed on the right side of the turret for testing staff to have somewhere to sit as they observe what is happening. Photo: Bundesarchiv

Isn’t it known what happened to the finished prototypes?

I have this tank in world of tanks blitz lol.

The description says: crew of 3. But the text says it have gunner, loader, radio operator and loader.