With approximately 113,000 built by the early 1960s, the Universal or ‘Bren’ Carrier is the most produced armored vehicle ever. To this end, it is perhaps no surprise that quite a large number of these carriers ended up serving with the Irish Defence Force (IDF, Irish: Fórsaí Cosanta, officially: Óglaigh na hÉireann) in the early 1940s.
The carrier was perfect for operation in a small country such as the Republic of Ireland, which is dominated by small villages and narrow country roads. Though rather mundane, the Universal Carrier became an important vehicle to Irish Armored units, as it was the first Armored Personnel Carrier (APC) type of vehicle to serve in the Irish Military. 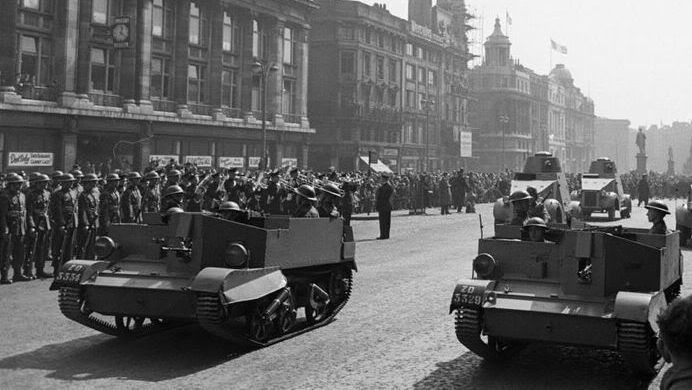 Produced by the Vickers-Armstrongs company, the Universal Carrier, often known simply as the ‘Bren Carrier’ after its common light machine gun armament, became a backbone vehicle of the Allies during the Second World War. It was widely used by the British, American, Canadian, Australian, and even Soviet armies. All made use of the unassuming little vehicle. Even the Wehrmacht made use of captured specimens and the Italians even copied it
The Carriers were powered by an 85hp Ford V8 petrol engine, propelling the vehicle to a top speed of 30 mph (48 km/h). The engine was mounted centrally in the vehicle with drive sprockets at the rear. It used a Horstmann type suspension with three-road wheels and idler wheel at the front. It was an extremely light vehicle at only 3.75 tonnes, and armor of only 7-10mm thick, sufficient to protect the crew from small arms fire and shell splinters
As mentioned above, over the course of its lifetime, 113,000 Universal carriers were built between 1940 and 1960, including a number of variants. To this day, it remains the most produced armored vehicle ever. Only the Soviet T-54/55 comes anywhere close to this record, at a predicted 100,000 built.
Three versions of the Carrier were used by the Irish Military. These were the Mk.I, Mk.II. The Mk.II was almost identical to the Mk.I apart from small differences such as a mounting for a spare wheel on the upper glacis, and the addition of a towing hitch on the rear. The Mk.I Mortar Carrier was also provided. The Mortar Carrier variant had the ability to carry a 3-inch or 81mm mortar. The mortar tube was carried at the rear of the vehicle, while the base plate was fastened to the front.

The Irish Universal Carriers were painted in the same pale grey as most of the tanks that were in their service in the mid-Cold War era. Illustrated by Tank Encylopedia’s own AmazingAce, based on work by David Bocquelet.

The first Universal Carriers to arrive in Ireland were Mk.Is. In mid-1940, 26 of these were acquired and placed in the newly formed Carrier Squadron of the Cavalry Corps (Irish: An Cór Marcra). In January 1943, however, the Carrier Squadron was disbanded with all vehicles handed over to infantry battalions. To fully equip the infantry battalions, a further 200 carriers were ordered. This consisted of 100 of the Mk.I Mortar Carrier variant, and 100 Mk.IIs. In total, 226 Universal Carriers were purchased by the Republic of Ireland. The Carriers received the typical dull grey paint scheme used on most armored vehicles in Irish Military Service.
Each infantry battalion was equipped with 9 Carriers. This consisted of 1 carrier for the battalion Commanding Officer (CO), four Mk.I Mortar Carriers for mortar platoons, and four carriers for reconnaissance platoons. It is possible that some battalions received as many as 37 carriers as a support company consisting of a mortar platoon, two medium machine gun carrier platoons and possibly even an anti-tank platoon with towed 2-Pounder guns. It appears that at some point at least two of the Carriers were converted into flamethrowers. Whether the design of these was anything like the Canadian Wasp project is unknown.
In the 1950s, a number of Carriers were returned to service with the Cavalry Corps. They were assigned to the Corps in the arrangement of eight carriers to each Motor Squadron. In the early 1960s, with Cold War tensions rising as a result of the Cuban Missile Crisis, a small number of Carriers were stationed at McKee barracks for defence of Dublin Airport. At this time some were also converted in prime-movers for towed 6-Pounder anti-tank guns. 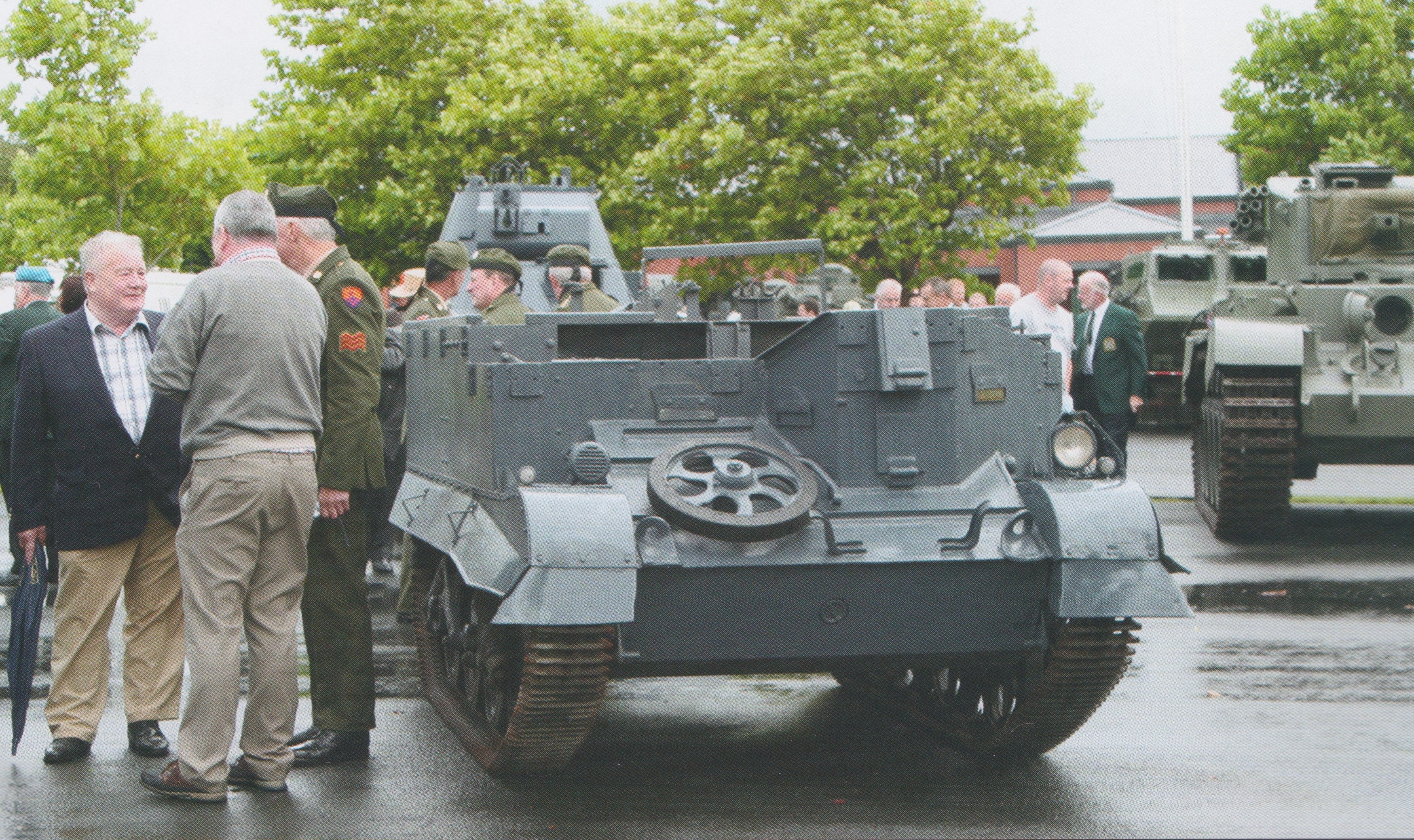 Restored Carrier on display at the Curragh in 2006. To the right is a preserved Cavalry Corps Comet, and behind is a Landsverk Armored Car. Photo: MMP Publications

In 1965, most of the Carrier force had been broken up for scrap. Just three of the 226 Carriers once used by the Irish Military survive. One example is on display at the Collins Barracks in Dublin. Another running example can be found in a running condition at the Curragh Cavalry Museum and is often run in parades and displays. The final Carrier is privately owned by a collector in Clonmel, but it is not in running condition.