What are Challenge Coins and How You Can Make Your Own! - Tank Encyclopedia Skip to the content

Despite what their name might suggest at first glance, challenge coins were not, historically at least, meant as a reward for completing a challenge. During the 17th century, in France, the Huguenots (French Calvinist Protestants) were severely persecuted by the Catholic Monarchy, with hundreds of thousands being killed, forced into exile, or compelled to convert. However, some remained in France and hadt their religious rituals secretly following the 1685 Edict of Fontainbleu, outlawing Protestantism.

In order to identify each other, the Huguenots used the méreau, a coin that the Protestants could use to show to other Protestants and gain access to religious services or receive help and protection. According to this story, challenge coins emerged as a way to prove your affiliation when challenged by another person.

In the 21st century, challenge coins have morphed to cover two different goals covering the same overarching purpose: creating and maintaining an esprit de corps within various organizations, most notably law enforcement and the military. There are many kinds being used, including Army, Navy, Air Force, Marine Corps, and  Police Challenge Coins.

The first variation of the challenge coin has turned them into small awards that can be bestowed upon members of the organization by local commanders (or managers) without all the complications associated with a citation or a medal or for lesser, but nonetheless appreciated, feats. These are used as a small way of showing appreciation for the efforts, participation and results of soldiers, police officers, students, or any member of an overarching organization. 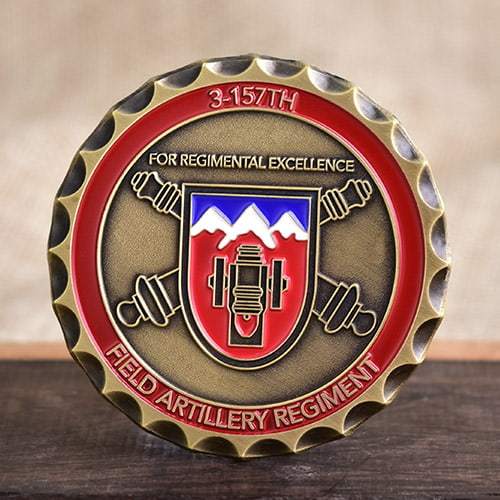 Two examples of challenge coins being used as awards and rewards by the United States military, in this case by the Marines Corps and the Colorado National Guard. Source: www.gs-jj.com

Examples of such challenge coins include a superb cut-out example meant for members of the US Navy and one for military veterans of overseas deployments from Beverly, Massachusetts. 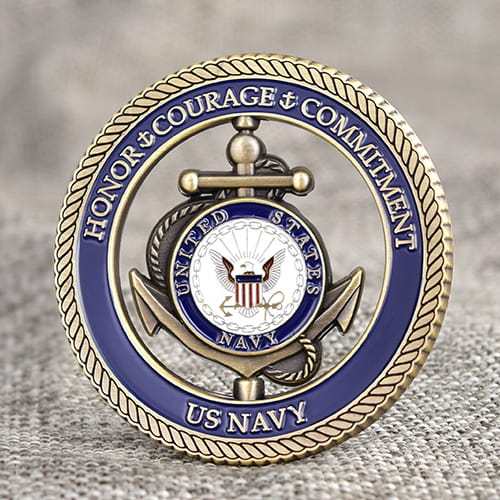 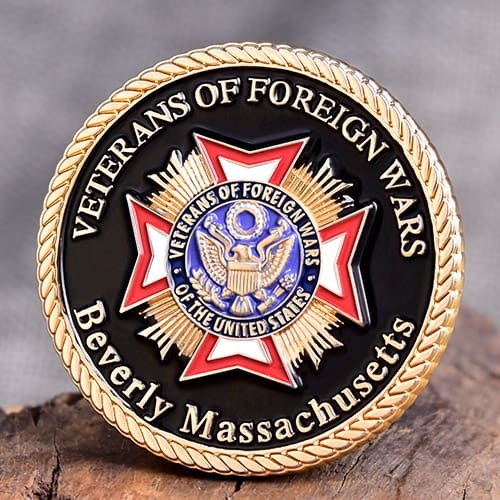 Affiliation challenge coins meant for members of the US Navy and for veterans of foreign deployments from Beverly Massachusetts. Source: www.gs-jj.com

Drinking and the military are closely linked together since ancient times, such as, for example, Dacian king Burebista banning alcohol abuse in order to keep his soldiers healthy, awake, and alert. Nonetheless, moderate drinking has remained a part of most military cultures, and challenge coins have become a part of this tradition.

However, if all persons involved passed the coin check successfully, then the original challenger must buy the next round for everyone involved. Some organizations have various extra rules governing how much time can pass to answer the challenge and present one’s coin or whether the coin has to be on the person or if it can be close by. Alternatively, a rank rule can be added, in which the highest-ranking person in the establishment (who has their challenge coin, of course) gets free drinks from everyone else.

Creating a challenge coin is relatively easy nowadays, as specialized minting services exist that can customize such coins quite extensively and at reasonable prices, such as the sponsor of this post, www.gs-jj.com. They have been in the manufacturing of merchandise for many years and have worked closely with many different agencies and organizations. There are a large number of challenge coin design elements and materials to pick from in their online easy-to-use design system. You can create your own challenge coin using their custom editor.

Tank Custom Challenge Coins are, of course, also on the table, with an already existing example featuring an M26 Pershing cresting a hill, representing the fighting done by the IX US Corps in the Pusan Perimeter during the Korean War.

However, it is important to remember that challenge coins are important because of their scarcity, cost of obtaining them (in terms of effort and dedication) and the esprit de corps that they help form. As the manager of an organization that wants to use challenge coins, it is important not to misuse and abuse them, such as by dishing them out like free candy and thus devaluing them to the point of irrelevancy. While they are cheap to produce, their value is given by the organization and how it uses them.

2 replies on “What are Challenge Coins and How You Can Make Your Own!”

Got a few of my own from time in service. Their symbols of respect in some cases