An un-silhouetted, but low quality rendering from the patent of the MLI-84M with a CARDOM mortar. Some internal details can be seen.
On the 25th of September, 2015, Pro Optica S.A. and MFA S.A. Mizil, two prominent Romanian defense companies, filed a patent for a new variant of the MLI-84M. The five inventors who were credited on the patent were Lespezeanu Ion, Jipa Vasile, Oțelea Traian, Șerbănescu Paul, and Mareș Marcel. This MLI-84M variant is equipped with a 120mm mortar and carries some unique features. There is no real name given to this variant, however, MFA’s official website has it listed under “Future Military products”, but the link leads to a couple of images of the MLVM variant with a 120mm mortar, a MLVM variant which MFA has deemed as one of their “Past Military products”. 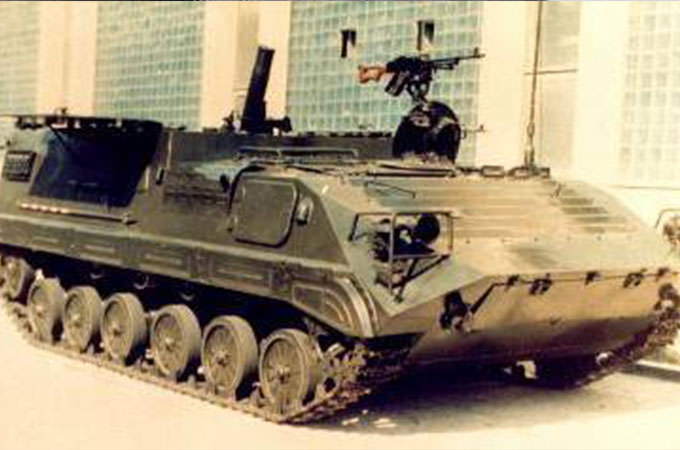 MLVM armed with a domestic 120mm M1982 mortar. The newly discovered 120mm mortar armed MLI-84M variant is likely the spiritual successor of this vehicle. Image source: mfa.ro
MFA’s website refers to it as “120mm Mortar on MLI-84M chassis” and the patent refers to it as ‘Mașina de Luptă cu Sistem de Armament Tip Aruncator Calibru 120mm, Integrat’ which translates in English to ‘Fighting Vehicle with a 120mm Caliber Mortar Type Armament System’.
The purpose of this vehicle is to support ground forces directly by ensuring the annihilation and neutralization of enemy personnel, equipment, and positions using its 120mm mortar. In addition, the invention brings an increase of firepower, precision, mobility, and modularity. Presumably, compared to the 120mm mortar carrying MLVM variant which it may or may not be replacing.
Earliest mention known mention of the MLI-84M mortar variant is during the Cincu 2004 test and trials. MFA showed off the design of the vehicle. Some time before 2015, MFA was negotiating with the Romanian Ministry of National Defence to equip the Forțele Terestre Române (Romanian Land Forces) with MLI-84M mortar variants between 2015-2017. It appears such a thing has not happened. So far, whether the vehicle design has been built, still in development, or the project was scrapped entirely is unknown. 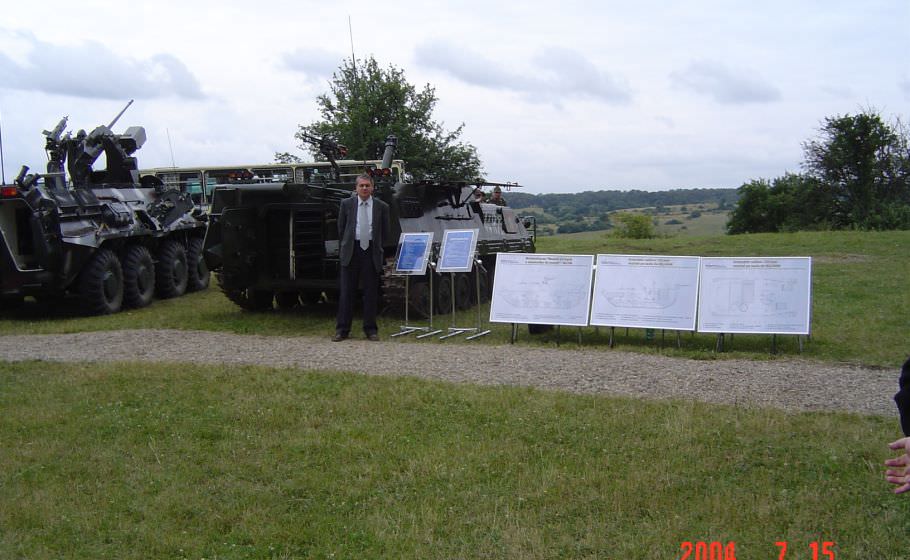 An image taken during Cincu 2004 showing boards with supposed drawings of the MLI-84M mortar variant. Due to poor image quality, the drawings can not be properly seen. A Zimbru 2000 and an MLVM mortar variant (possibly modernized), presumably being trialed, can be seen on the left side of the boards. Source: MFA

The vehicle is based on the MLI-84M standard which itself is based off the MLI-84, a licensed Romanian BMP-1 copy with a slightly modified design. Whether the 120mm mortar armed MLI-84M variant is or will be converted from the MLI-84M or MLI-84 is unknown, but it is likely the latter due to MLI-84s being mass converted into MLI-84Ms and its variants.
Alternatively, according to unverified sources, the MLI-84M mortar variant will be based on the Obuzierul autopropulsat românesc, Model 1989, a Romanian version of the 2S1 Gvozdika. The Model 89’s hull is based off the MLI-84 and 42 Model 89s are in storage since the 2000’s which makes them a prime candidate for conversion.

This variant most definitely retains the same 400 hp, 2,200 rpm, 6 cylinder, 4 stroke, turbocharged, C9 Caterpillar diesel engine as on the other MLI-84M variants. An exact weight is not given though it is likely around the 17 tonnes as on the other variants. This means an exact power to weight ratio cannot be determined. The mechanical transmission for the MLI-84M has five gears forward and one gear backwards.
Length and width are expected to be the same as the other MLI-84M variants as they all have the same length of 7.32 meters and a width of 3.3 meters. However, since this variant uses a 120mm mortar instead of a remote weapons station, superstructure, or crane as on the other variants, the height will most likely differ.
The suspension is also likely similar if not the same as on the MLI-84M. The MLI-84M’s suspension consists of drive gears at the front, three return rollers on each side, six road wheels on each side connected to torsion bars, and the idler wheels at the rear. Hydraulic shock absorbers with bilateral action are installed on each side on the first, second, and sixth road wheels.
As on the other MLI-84M variants, a single driver controls the vehicle. 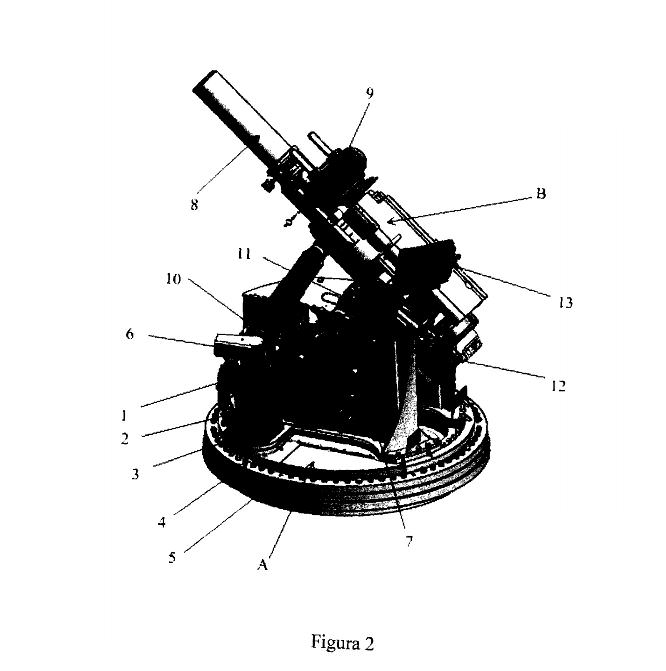 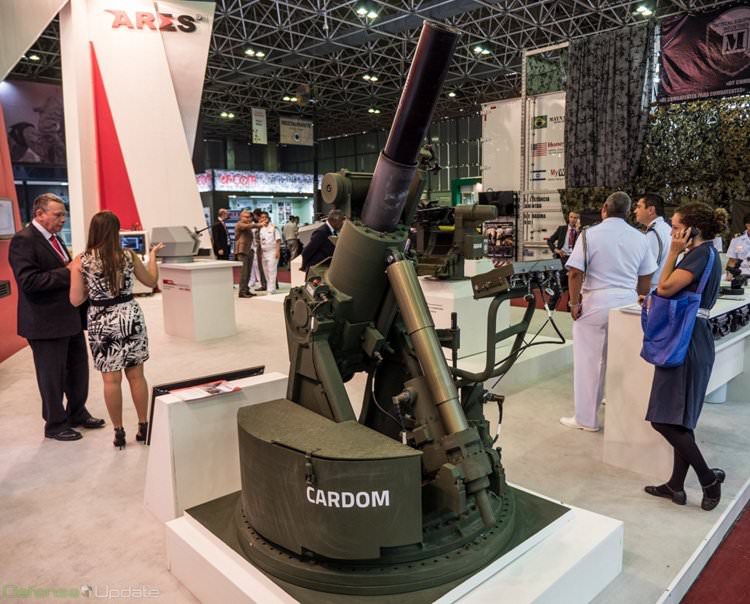 CARDOM 120mm/81mm recoil mortar system being marketed in Brazil by Elbit Systems’ Brazilian subsidiary, ARES. Image source: Thai Military and Asian Region blog
According to Elbit Systems, the CARDOM is an autonomous and computerized 120mm recoil mortar system which fits with NATO standards. The state-of-the-art fire control system combines an ‘Inertial Navigation System’ (INS) which automatically lays the CARDOM to the intended target via electrical drives and a ‘Battle Management System’ (BMS). The CARDOM is in service with the U.S. Army, Israeli Defence Force, and various other militaries. The 700 kg 120mm mortar is able to rotate 360 degrees with the rate of fire of 16 rounds per minute with a firing range of 7000 meters. A minimum of 2 crew members are required although 4 is recommended.
The 120mm CARDOM is likely operated by a crew of two since when the vehicle is on the move, only two foldable chairs for the mortar operators are drawn with the battery box (most likely to power the 120mm CARDOM) attached. 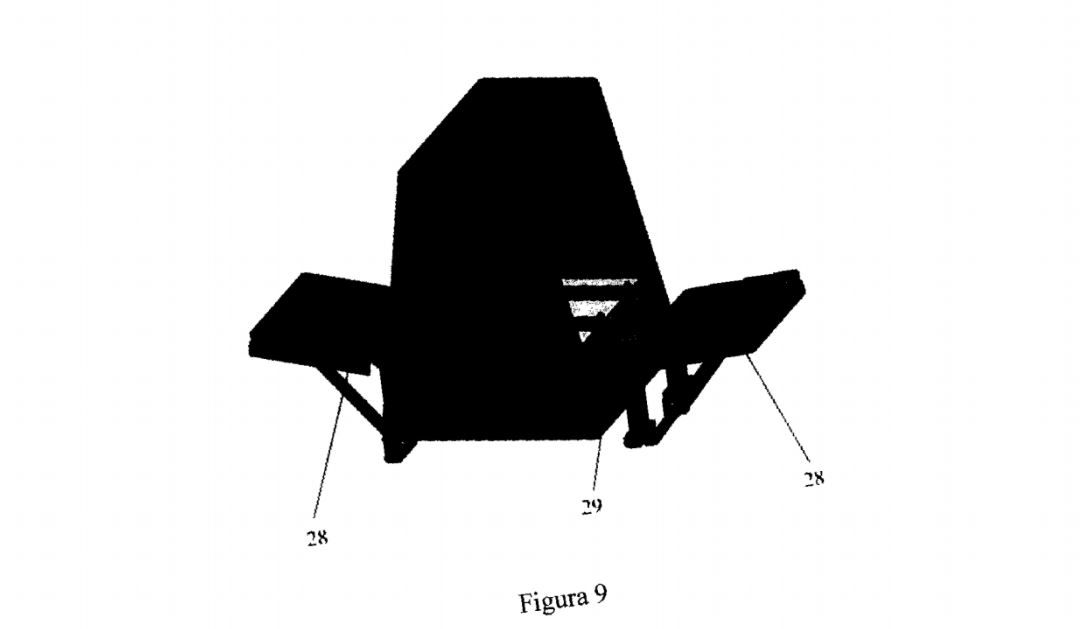 A silhouette illustration from the patent of the foldable seats (shown unfolded) for the mortar crew. Number 28 points to the battery box.
The 120mm mortar armed MLI-84M variant will likely have an accessory identified as an anti-double load attachment at the end of the barrel. This is shown in the diagram of the wiring scheme of the fire control system of the 120mm CARDOM for this variant. This attachment prevents another mortar round from being loaded until the one previously loaded has fired in order to prevent combustion of the two mortar rounds. 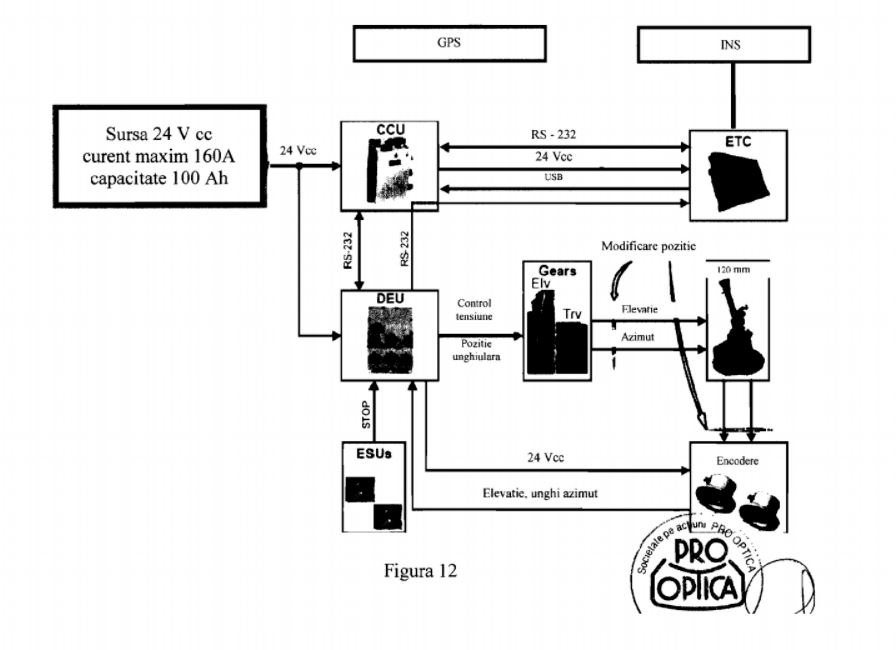 A diagram of the wiring scheme of the fire control system for the CARDOM on the MLI-84M. On the middle-right, an anti-double load attachment can be seen for the CARDOM.
The 120mm mortar has a certain degree of modularity. For example, it can be relatively easily removed from the vehicle and attached to the ground. It is mounted on a specially made holding frame and the interior side walls have been strengthened to effectively handle the recoil. The ammunition is stored laterally with the vehicle on each side of the CARDOM mortar. Each type of ammunition is separated via a wall and fastened down with a clamp. 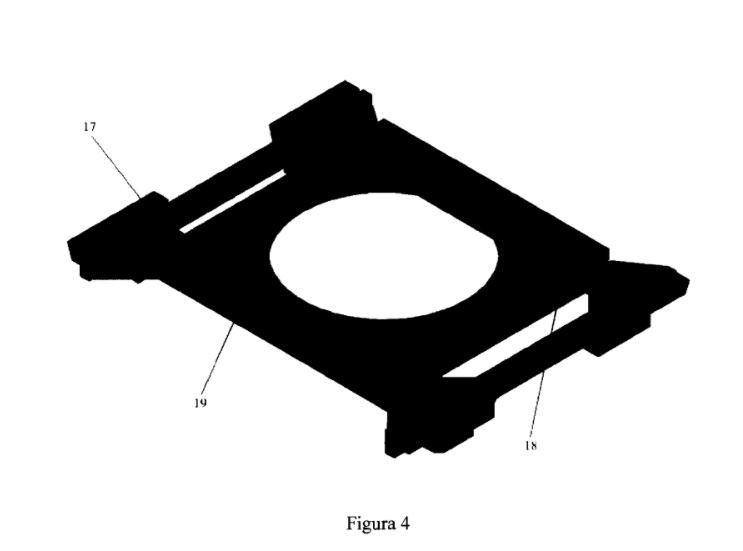 A silhouette illustration from the patent of the holding frame for the 120mm CARDOM. 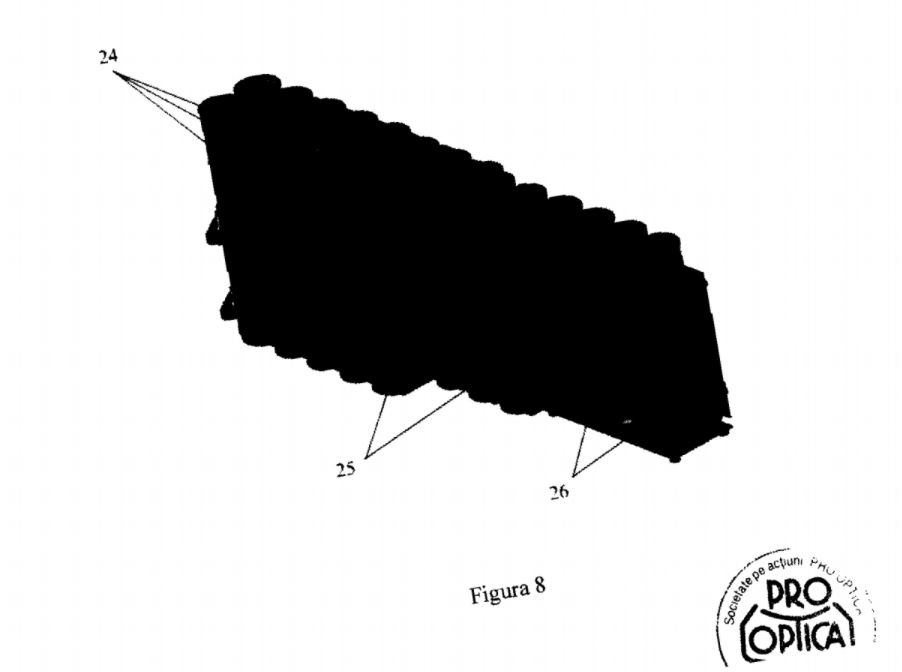 A silhouette illustration from the patent of the storage for the 120mm mortar rounds.

The upgraded MLI-84M IFV, on which the mortar variant would be based. Illustration by David Bocquelet.

This MLI-84M variant likely has very similar, if not the same protection as the MLI-84M which may differ from the original MLI-84.
This variant is given right and left shutters for the protection of the crew members and the 120mm CARDOM mortar. When it is the time to fire the 120mm mortar, the left and right shutters would open thus revealing the mortar and the internals. Once firing is completed, the mortar can lie back down and have the shutter conceal the mortar and the internals. 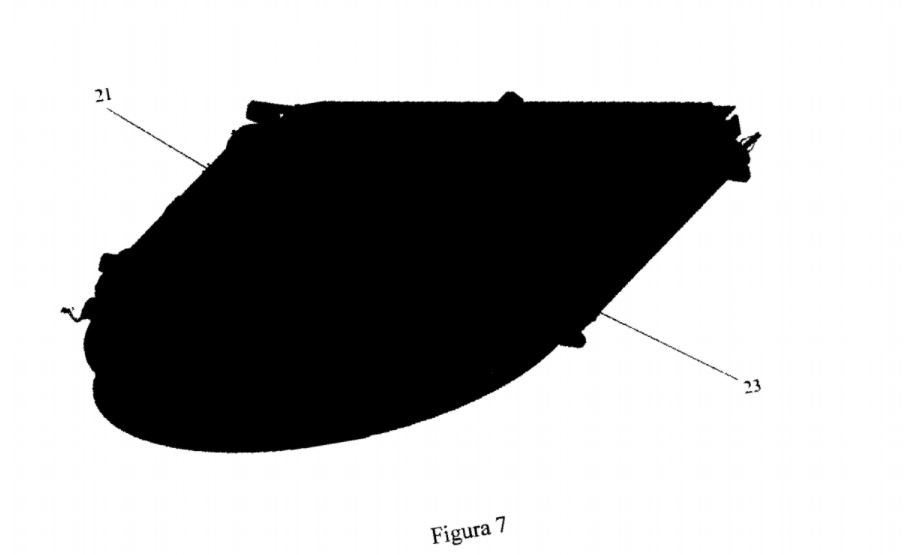 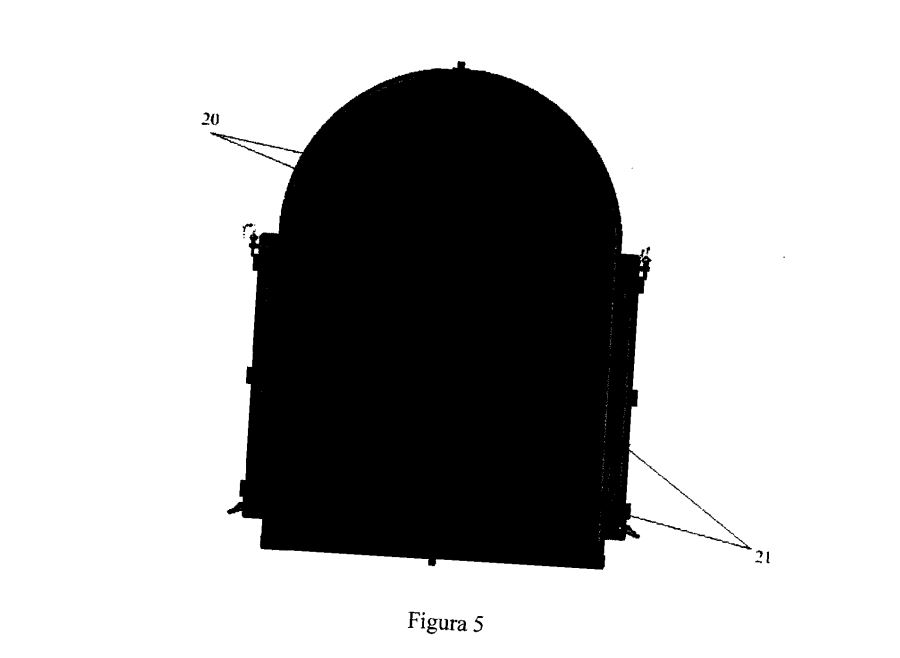 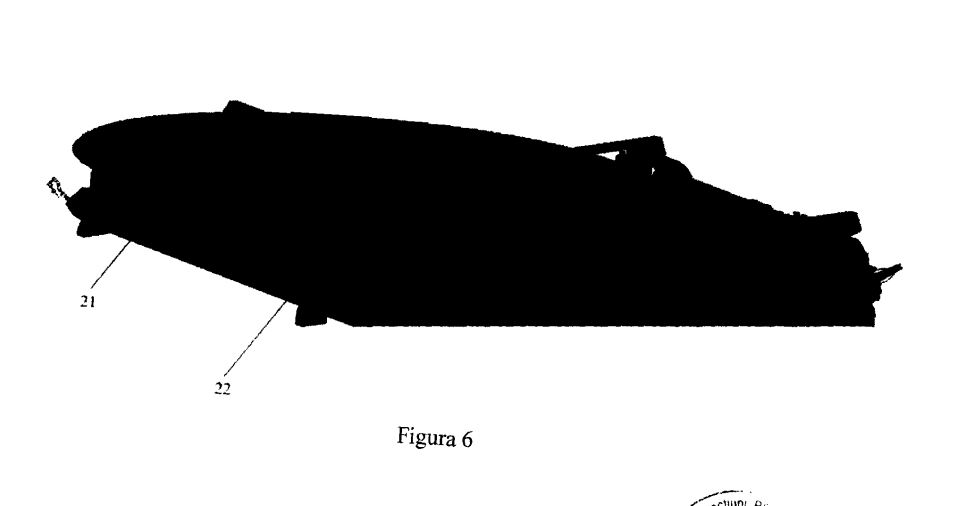 Three silhouette illustrations from the patent of the left and right shutters at three different angles.

This newly discovered MLI-84M variant presents itself as an opportunity for the Romanian Land Forces to receive updated and modern means of self-propelled indirect fire, which they seem to be currently lacking. It’s also an opportunity to repurpose and refurbish outdated equipment. As stated earlier, it is not known if Romania will be receiving these vehicles. However, the project being referenced on MFA’s website suggests that it may be planned. 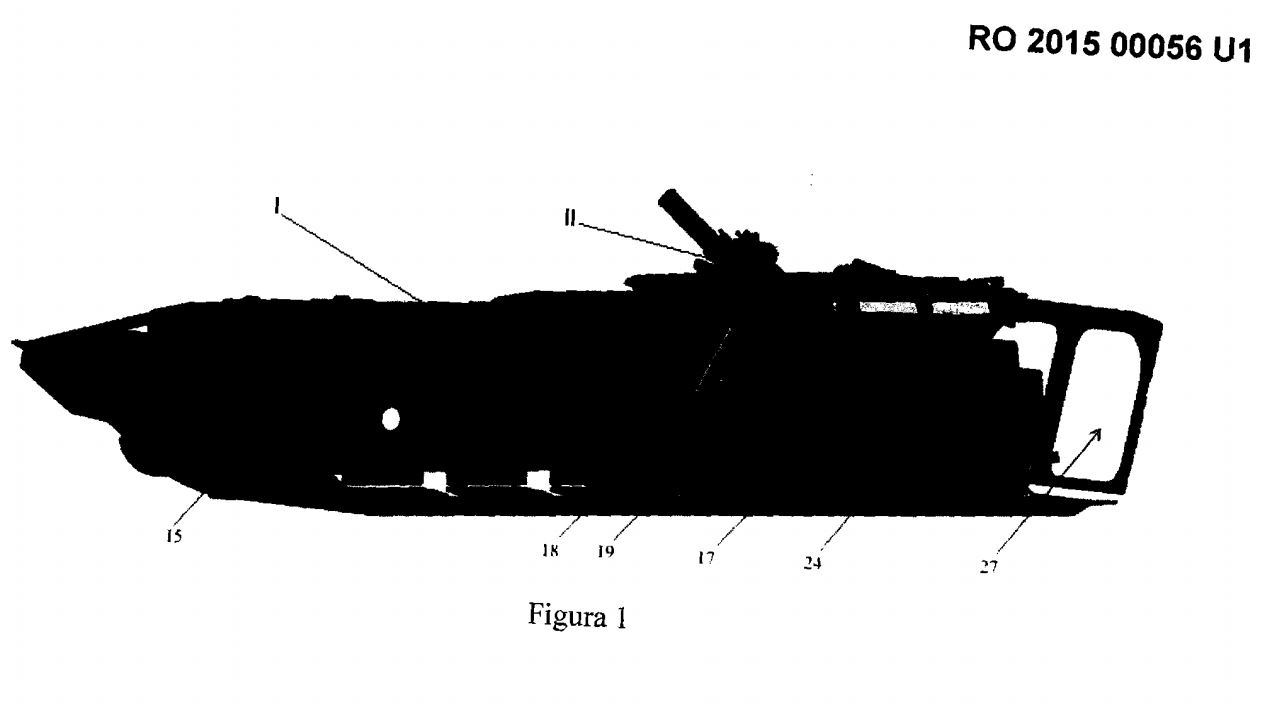 A silhouetted illustration from the patent of the 120mm mortar armed MLI-84M variant. 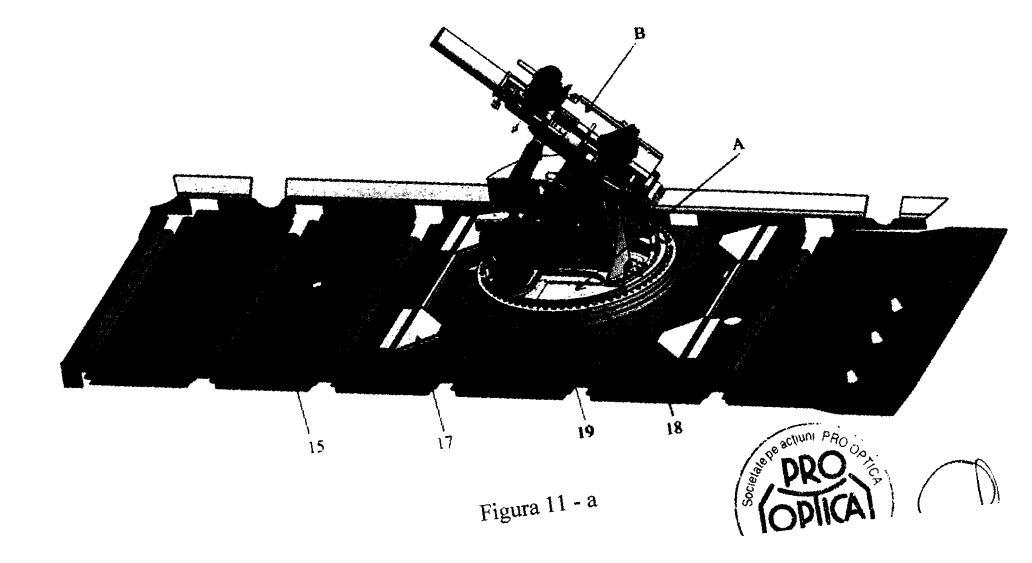 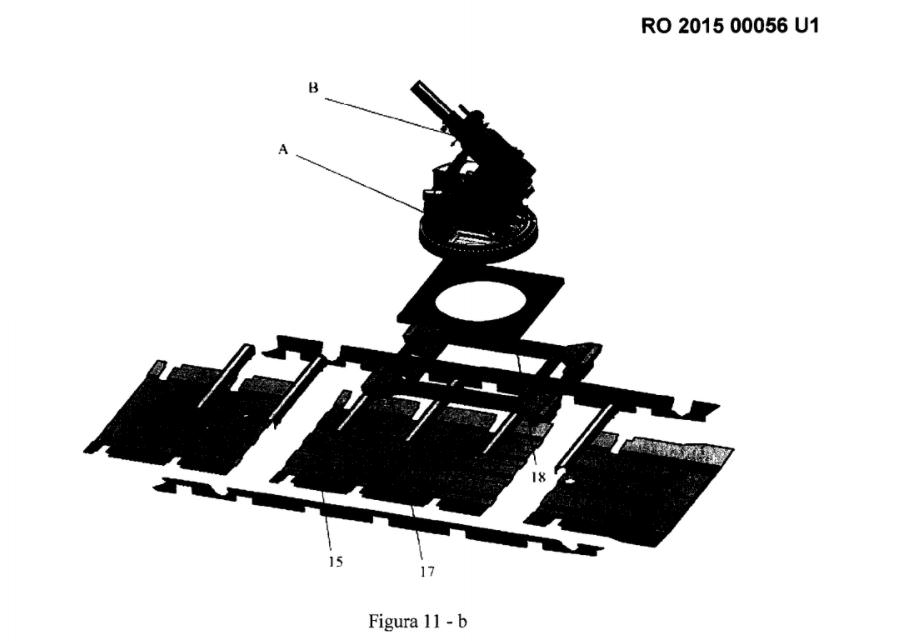 Silhouette illustrations from the patent of the 120mm CARDOM, holding ring, and baseplate combined and separated. 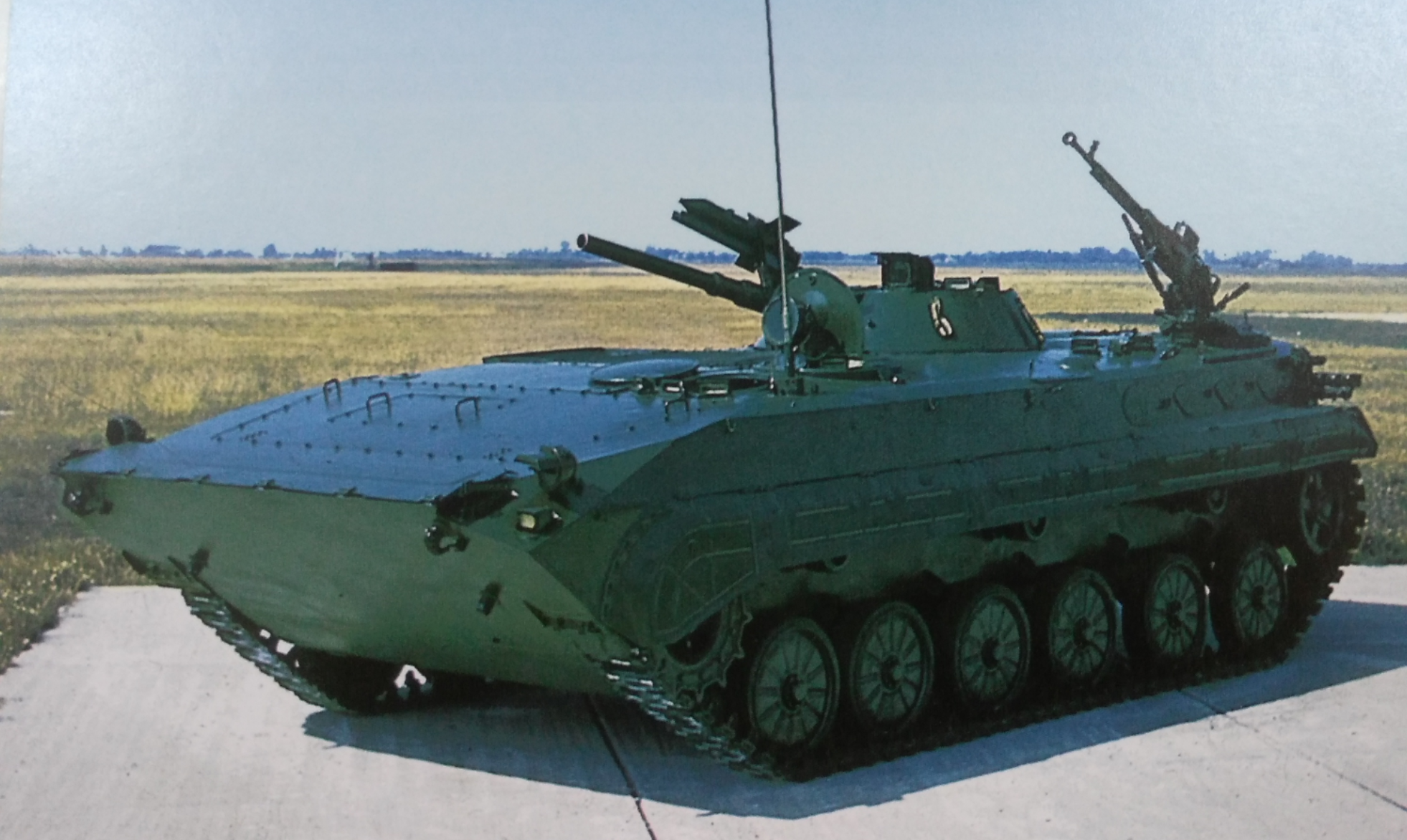 An image of an unmodified MLI-84. Image source: Romtechnica 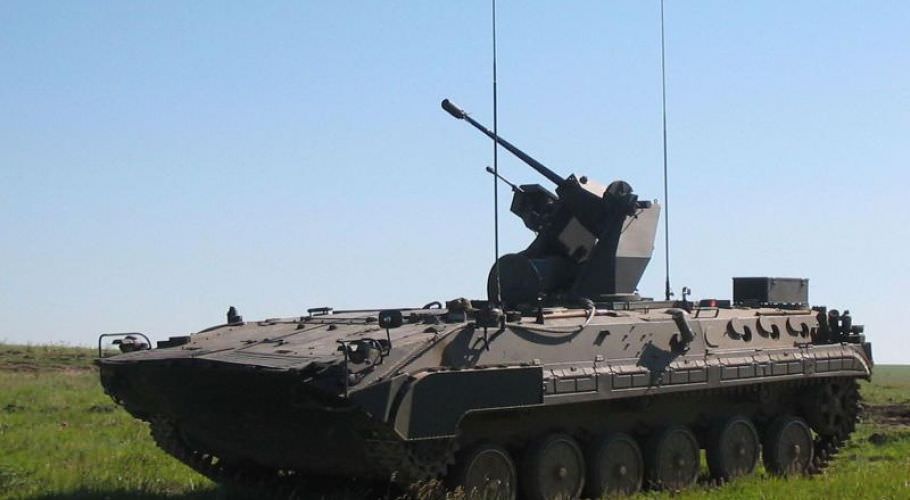 An image of an MLI-84M missing its guided missile launcher. Image source: MFA 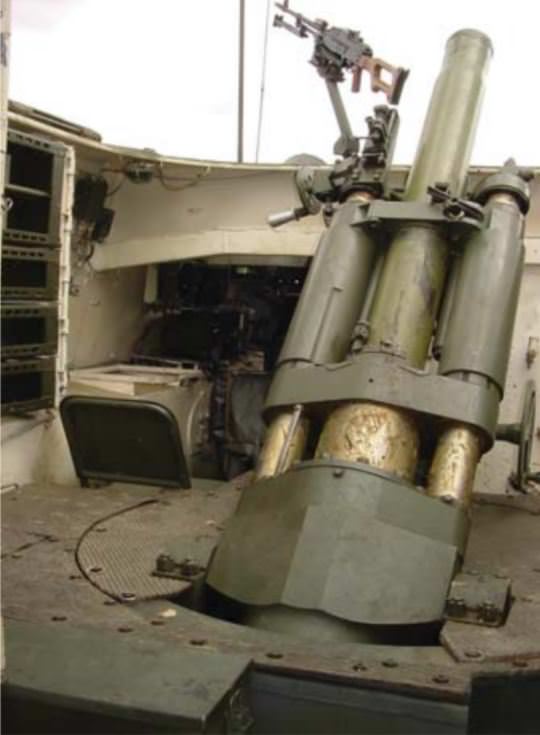 An image of the the MLVM armed with a domestically produced 120mm M1982 mortar. Compared to the CARDOM, it is very rudimentary. Image source: “Artileria Română În Date aI Imagini”

Hello Jacques,
Unfortunately, we don’t have the manpower to translate this into German for you.
I am sorry
TE Moderator

just use a translate tool, if you use Chrome as a browser it will already be under right mouse button translate this page with google translate
good luck