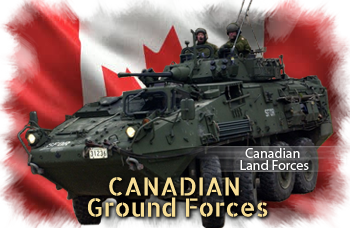 Being on the northern parallel on the route of many possible Soviet incursions from the Pacific as well as the Arctic, the Canadian Forces were quite an important defense sector for NATO, albeit far less than Germany, the most in-demand arm was the RCN or Royal Canadian Navy, because of Soviet submarines well-known incursion routes going southwards to spy or patrol off the American west coast.

After the unification with the navy and air force in 1968 and a seemingly the reduced size but rationalization, Canada emerged from the cold war ready for new challenges with a variety of equipment, between the German-built Leopard and Swiss-built Piranha. Troops deployed in numerous  NATO exercises, and cooperation with the British army, often training in the large expenses of Banff park with armour allowed day or week-long realistic exercises (BATUS) over 2700 km2, allowing battalion-size deployments over fictitious objectives. The most notable post-war action of the Canadian armor was of course the Gulf War in 1991 and the invasion of Afghanistan in 2001. Following these, Canadian tanks and AFVs took part in many peacekeeping operations worldwide.

Commander of the Canadian Army operates within the National Defence Headquarters located in Ottawa. Four divisions exists, based on geography.

During the cold war, these forces’s likely scenarios were to counter an amphibious landing by Soviet forces in order to destroy strategic radar and command bases, and less likely, attempt a diversion invasion action. These divisions were the:

Separate, the 1st Canadian Division is part of the Canadian Joint Operations Command and no under the Canadian Army to serve as a deployable headquarters for rapid deployment of Canadian/allied forces on operations. It replaced the cold war s Canadian Joint Forces HQ.

Canadian troops patrolling at Kandahar, with a LAV-3 in the background.

A new title for the head of staff

The Regular Officer Training Plan was the regular way, where candidates went through the Royal Military College of Canada (RMC) of from civilian Canadian universities.

The continued Education Officer Training Plan, addresses the lack a degree for officers that already serves serving in the Army. There is also an University Training Plan for non-Commissioned Members and commissioning From the Ranks Plan, for officers with military experience and qualities to promote them. The Special Requirements Commissioning Plan, allows to profit from the skills and experience of senior non-commissioned members for possible Chief Warrant Officers.

Combat Training Centre are set up for various sub-arms like armour, artillery, infantry, electrical and mechanical engineers. They exist in parralel and support to the Canadian Armed Forces schools such as the Canadian Forces School of Administration and Logistics or Defence Public Affairs Learning Centre for officers which career skills were formed outside the army.

The Canadian Armoured Forces in detail

Soldiers and vehicles of the 12th Régiment blindé du Canada armoured reconnaissance regiment training. Based in Valcartier they are part of the 2nd division based in Québec. The 2nd division also comprises the 5 Canadian Mechanized Brigade Group, the 34 and 35 Canadian Brigade Groups (with some armour components such as this 12th regiment, or the Royal Canadian Hussars of Montreal and Sherbrooke Hussars or the Canadian Ranger Patrol Group of Richelain.

Entered service in 2007, 20 loaned by Germany followed by 80 purchased from the Netherlands. Here, a modified model for urban combat deployed in Afghanistan from 2008 to 2013. 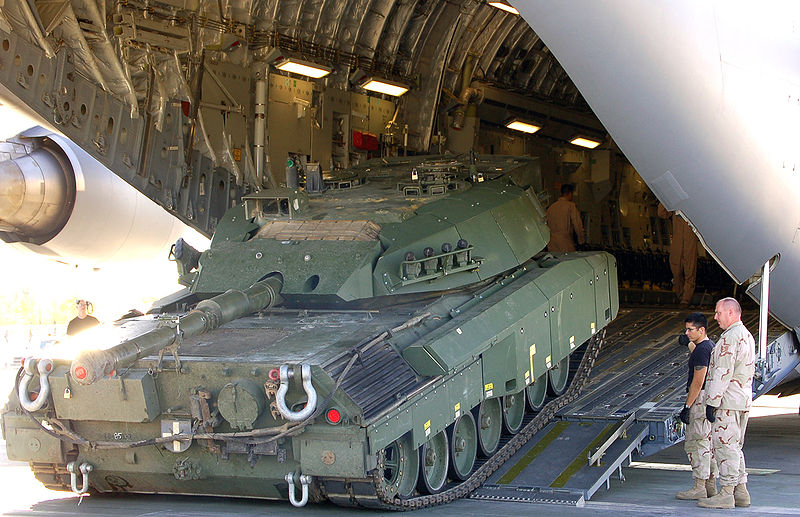 Entered service in 2000. The were C1 upgraded and refitted with Leopard 1A5 turrets. 66 still in active service. 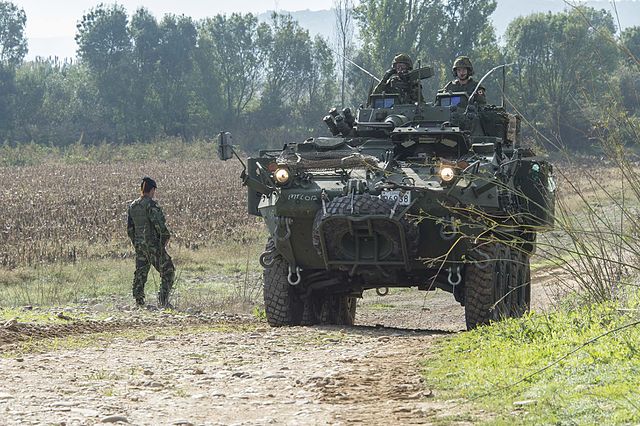