The 120 mm equipped Chi-Ha, officially the Short Barrel 120 mm Gun Tank (ショートバレル120 mmガンタンク, Shōtobareru 120 mm gantanku), was an infantry/fire support tank built on the chassis of the Type 97 Shinhoto Chi-Ha, the most produced medium tank of the Japanese Empire.

This was a late war variant of the Chi-Ha and was specifically produced for the IJN (Imperial Japanese Navy). They requested the construction of a gun tank similar to the Type 2 Ho-I, but with greater firepower, to support the Japanese Special Naval Landing Forces (SNLF). This use of the tank has sometimes led it to be known as the Chi-Ha SNLF. 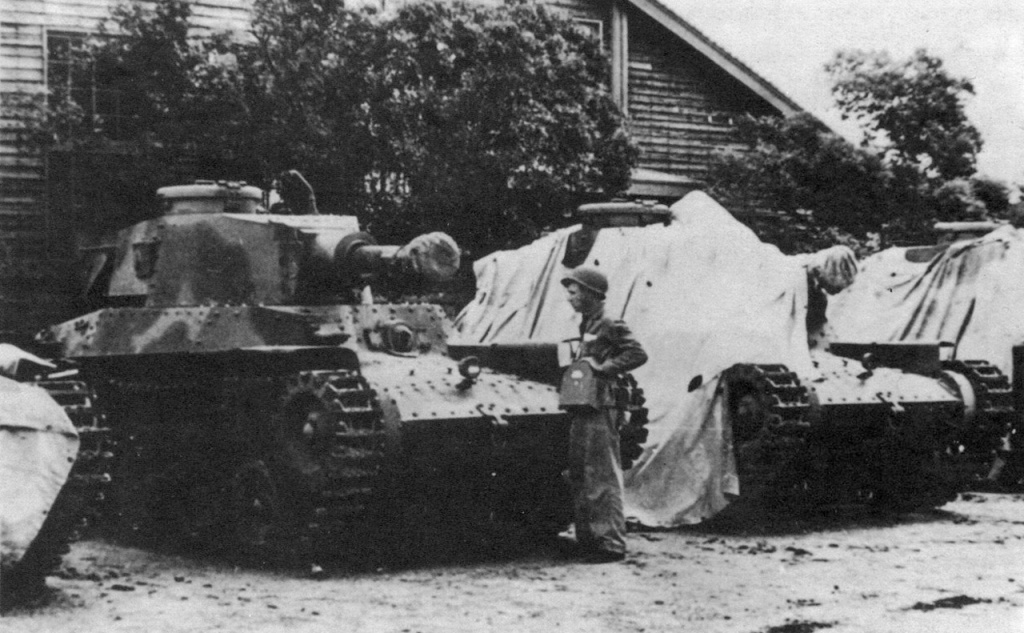 The standard Type 1 47 mm (1.85 in) Tank Gun was replaced with a Naval Short-Barreled 12 cm (120 mm) “anti-submarine” gun which was fitted with a bespoke muzzle break and introduced onto the vehicle. An official designation of the gun is unknown. Elevation angles of the gun were +20 degrees, and -10 degrees. 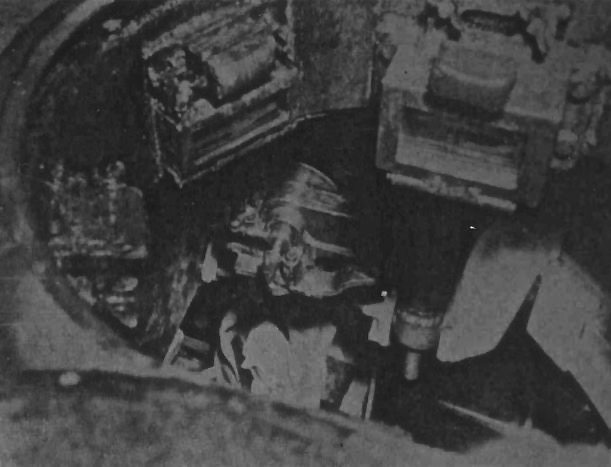 A photo taken through the commanders hatch, showing the breach of the 120 mm
This howitzer type gun was developed as a high-angle, multi-purpose weapon that could provide close-range defensive fire against aircraft, small attack boats, and even submerged submarines. Due to the extremely short barrel, accurate long-range fire was almost impossible. Due to the high-arc and low projectile speed, hitting fast moving targets was equally as impossible.
It should be noted that there is no source available as to what shell was used for the anti-aircraft role, but it was likely some sort of air-burst round. Its effectiveness is doubtful.
The tank also carried a single Type 92 7.7 mm (0.3 in) machine guns. This was ball-mounted on the right of the bow.

The 120mm Howitzer was designed to fire 2 types of HE shells. One type had a fuse at the base of the shell, with a soft flat cap designed at its point. The shell is what gave the gun its ability to face submarines. Once fired these shells would to dive and explode in a similar fashion to depth charges. The Other Shell was a nose fused shell with settings for time delay or detonation on impact. When the captured vehicles were assesed, they wer found with both types of shell.
True AP rounds, though a rarity, were available to the gun. Field reports of their use are unavailable, though a technical booklet concerning the guns ammunition types can be found. (See Links & Resources section)
120 mm high-explosive would perform extremely effectively against large infantry formations, fortified emplacements or lightly armored vehicles, but would be next to useless against enemy armor, aside from giving the crew of something like a Sherman a bad headache. One must remember, though, the vehicle was designed for infantry support, and not tank-to-tank combat. 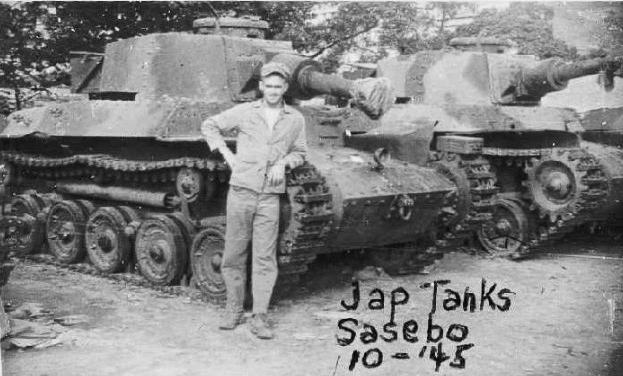 A personal photo of the 120mm armed Chi-Has in Sasebo. The original photo can be seen HERE.

The Chi-Ha 120 mm Gun Tank in a simple livery. Illustration by David Bocquelet 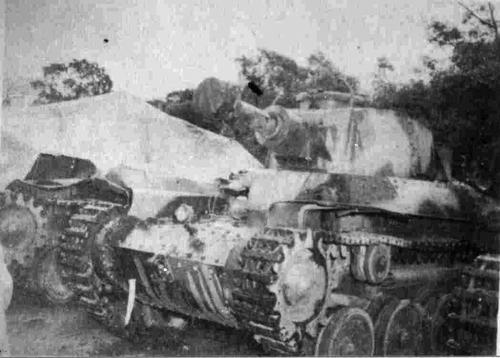 Another shot of the vehicles at Sasebo, taken in 1945. Photo: ja.wikipedia.org

Unfortunately, information concerning this variant of the Chi-Ha is as rare as the tank itself. What is known is that the vehicles were deployed with the Yokosuka No. 16 Special Land Battle Corps. The Corp was divided into 2 Battalions, with each battalion divided into 2 squadrons. The Type 3 Ka-Chi and Type 2 Ka-Mi amphibious tanks were was also deployed with this unit.
It is unknown how the tank actually made land to support the troops. Not being amphibious like its battalion mates, it is likely it was deployed via a landing barge.
Most photographic evidence of the vehicles comes from those captured at the end of the war by advancing American troops. None of the vehicles survive today.

The Short Barrelled howitzer was not the only 120mm to be mounted on the Chi-Ha chassis. A rarer field modification saw a naval Type 3 high-velocity 120mm mounted onto a damaged chassis. Its practicality is questionable, the recoil from such a large gun on such a small chassis could only result in catastrophic failure. Only one image is known of this field-mod, the one below, and it is unknown if it was the only of its kind. 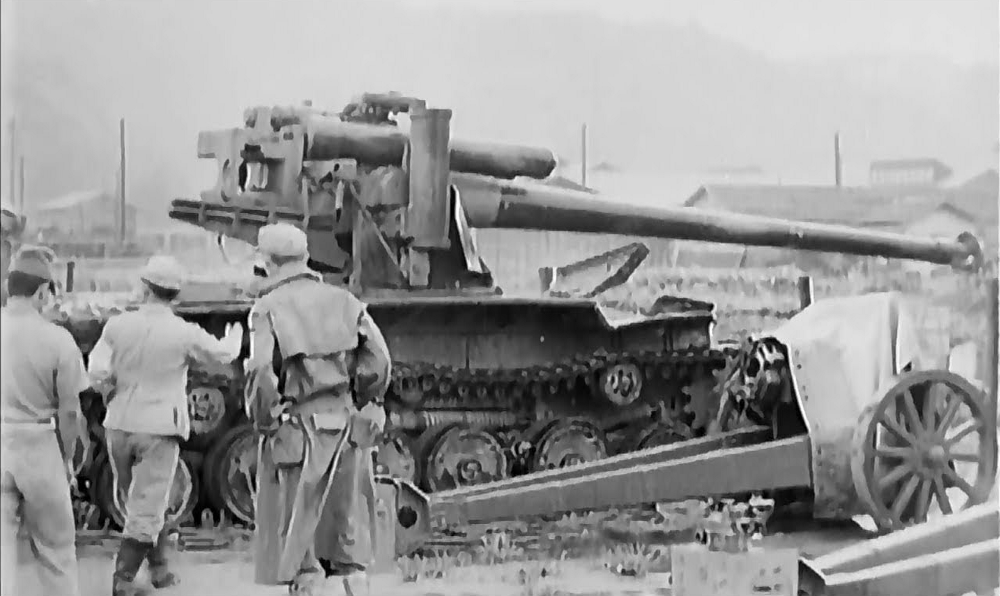