A competitor for the KV-2

The SU-100Y was a development based on the T-100 prototype. It was designed in some respects as a competitor to the KV-2, as a means of destroying Finnish bunkers and other tank obstacles. 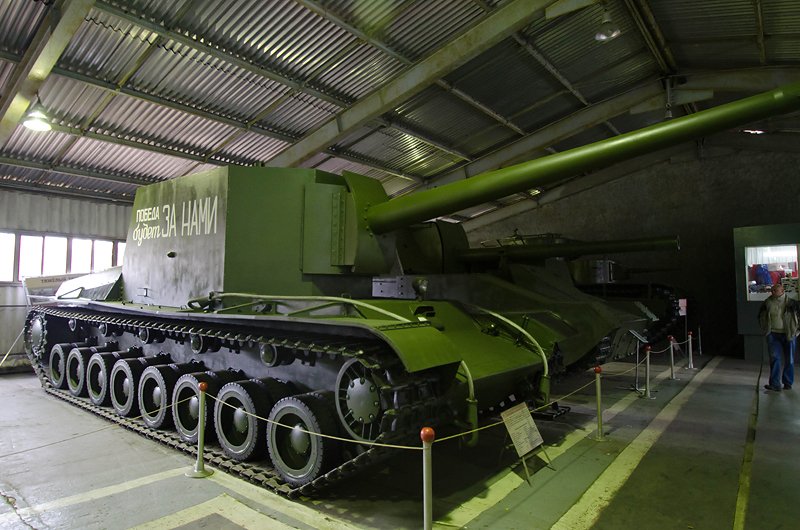 The SU-100Y as preserved at the Kubinka Tank Museum, Russia

In December, 1939, there was a demand that Zavod 185 in Leningrad develop a multi-role vehicle based on the T-100. They requested it to be an SPG, bridge-layer, explosives transport, and ARV. However, during development, there was a sudden proposal to mount a high velocity 152mm gun in order to destroy fortifications.
With the suggestion of the plant manager at Zavod 185, two different high caliber guns were proposed – a 100mm and 130mm naval gun. On January 8th, 1940, the proposal was accepted and the T-100 chassis was shipped over to the Izhorsky Factory. A boxy superstructure was built, and a 130mm naval gun was added. It was designated the SU-100Y, and construction of a prototype began shortly after February, 1940.

A large armored casement was fitted around the gun to protect the crew. It had a very large profile so made it easy for the enemy to see and target.

The vehicle performed tests in March, 1940, but did not see combat due to the Winter War’s end. The SU-100Y was then transferred to Kubinka in mid-1940.
Mass production never commenced, mainly due to the termination of the T-100 project, and seeing as though the KV-2 project was a ‘success’ (the term is used loosely, but compared to the SU-100Y, production was more than likely simpler and cheaper).
However, it was taken out of storage in November, 1941 for the defence of Moscow, along with the SU-14 prototypes, as part of a special independent artillery division. No further information on their combat is known. The SU-100Y (along with a SU-14 prototype) stands today in Kubinka Tank Museum. 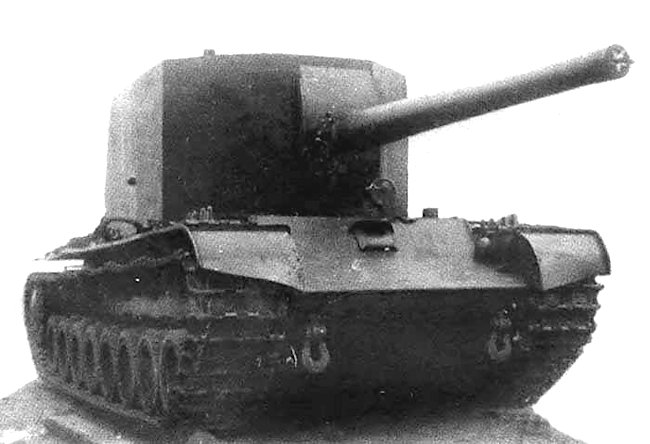 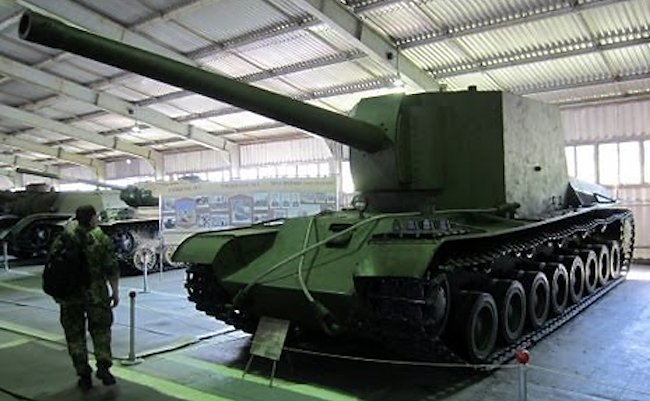 The SU-100Y as preserved at the Kubinka Tank Museum 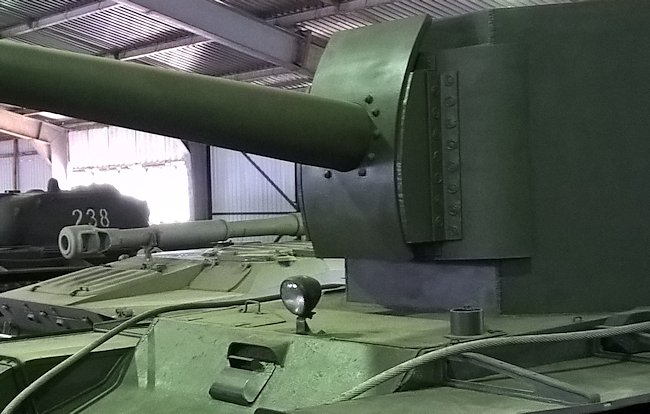 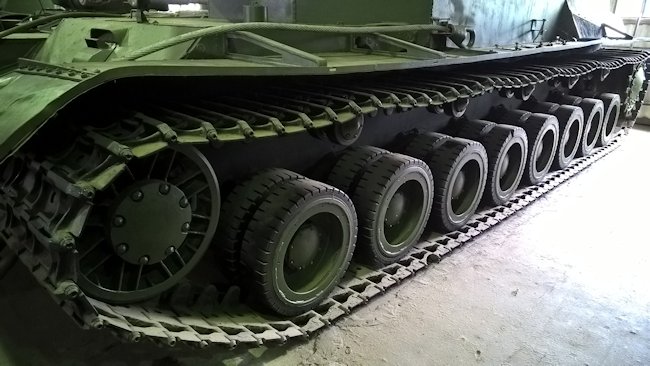 To cope with the weight of the SU-100Y it had eight double bogie road wheels and a wide track. 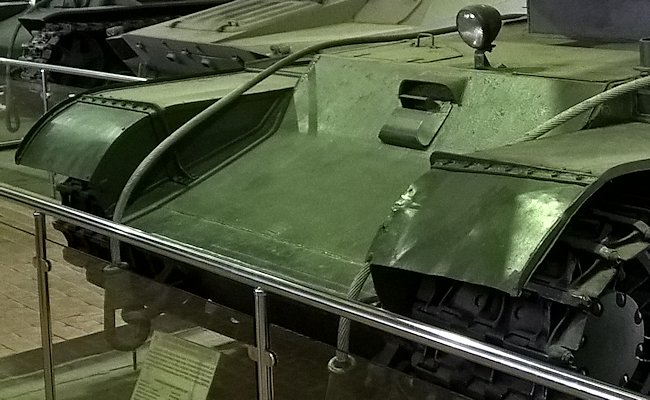 The driver position on Soviet SU-100Y prototype was in the middle of the vehicle. He had very limited vision. No hull machine gun was fitted.

Tanks Encyclopedia rendition of the SU-100Y

Cool. Could you guys do the SMK, or the T-100 for the next Proto of the week?

Sorry Tinker, we vary the nations and eras. Plus, the SMK is already on the Soviet page AFAIK.

Hi there folks, thanks for the information on this AFV and especially the great pictures from Kubinka.
I’ve seen the specification of 3 DTs elsewhere too, but do you have any idea where the machine guns would be mounted on this vehicle? I can imagine perhaps one by a hatch on the top of the superstructure, but I can’t figure out the others. There are pistol ports on both sides of the superstructure, perhaps they could be poked out there?
All the best!

Hail to the Box Tank!

Fixed, thanks for spotting that one
TE Moderator

Great site, I have a question tho, why did the tank have 2 gunners?

Very powerful tank, but why not take this and use it in the later years of the war?