Everyone has in the back of his mind Ramses II and his chariots rolling at the battle of Kadesh in 1274 bc, the giant fleets of the Ptolemies and Alexandria, or in the XIXth century, the Mamelukes which formed Napoleon’s close guard. The modern Egyptians never forget this proud legacy nor its antique symbol carried out through millennia, the desert eagle. A more regimented, professional standing army was created by Muhammad Ali Pasha in the beginning of the XXth century. For the first time they were not drawn from the traditional Sudanese slaves or Mamelukes but the peasantry. After ww2, Egypt free from British influence get involved in the 1948 Arab-Israeli War. Defeat was soundly resented by “free officers” like Muhammad Naguib and Gamal Abdel Nasser that led a coup d’état and revolution in 1952. The old monarchy of King Farouk was abolished and the British forces left around the Suez Canal forced to leave (Anglo-Egyptian Treaty of 1954).

Such a strategical asset could not be left by the two nations that had been involved deeply with it, the French that built it and the British that defended it against Rommel in WW2 and considered it the jugular of the empire, direct link to their Indian colonies. However Nasser, then first president of a modern, laic republic, intended to keep it after nationalization, as part of the Egyptian territory and free from foreign influences of interests. After failures of negotiations, both nations mobilized and intervened in what was known as the “Tripartite Aggression” in the Arab world, as Israel was part of it, attacking by land from the east.

After an air preparation, Anglo-French ground forces assaulted Egyptian forces on the Suez Canal and Cairo, meeting some successes before international pressure led from both the USSR and USA forced the coalition to retire in December. Only Israel gained the occupation of Sinai (until March 1957) and re-opening of the Straits of Tiran.

This conflict enlightened the weaknesses of the Egyptian Army led by Abdel Hakim Amer, a politic appointee that proved incompetent for the most part of the operations, but the Egyptian forces proved to be largely superior in defence than (counter-)attack. at that time equipped with ww2 materiel, like the Sherman M4, T-34/85 and SU-100, or former British models like the rare Archer tank hunter. If Nasser though to the USA for weapons delivery as a first choice, the Eisenhower administration couldn’t stand the resolutely anti-Israel position of the Egyptian government, and Czechoslovakia was, therefore, a main source of supply before 1955.

Nasser then turned to the USSR, mostly as a way of pressuring the white house, but eventually this lead to a steady stream of deliveries, despite maintaining a strict neutrality (at some point, the US government offered to send military advisers which conditioned the deliveries of weapons, but that was rejected). This shift towards the communist block, however, was deeply resented by the tripartite treaty nations and was a main cause of the intervention. With time, Soviet instructors also came in Egypt, contributing to forge a tactical doctrine adapted to desert warfare.

In this civil war a republican coup d’état overthrew the old monarchy and the two factions were supported, in order, by Nasser’s Egypt one side and Saudi Arabia, Jordan and the UK in what was also called the “Arab cold war”. Egypt deployed troops within three months of the war, which grew from 5,000 to 50,000 at the end of the war, without significant gains. Ultimately the Republican won, but at a such price that this conflict latter gained the reputation of being “Egypt’s Vietnam” as for years there was no significant progresses against tens of thousands of semi-regulars, 200,000 tribesmen and hundreds of mercenaries using guerrilla tactics whereas the Egyptian Army used conventional tactics in which armored vehicles and tanks mostly played an infantry support role and were defeated in particular by infantry-held weapons like the 105 mm recoiless gun. The Abrams now represents the strong arm of the ground forces, with no less than 1,130 M1A1 produced locally under licence from 1992 in four batches and 755 (scheduled) M1A2SEP programmed as a modernization.

Ramses II (2004) – An all-out improvement of the old T-54 performed by Teledyne Continental Motors (now General Dynamics Land Systems). So far there is no proof the Ramses II was eventually put into service nor produced to an extent of 250 or 400+ as often stated. 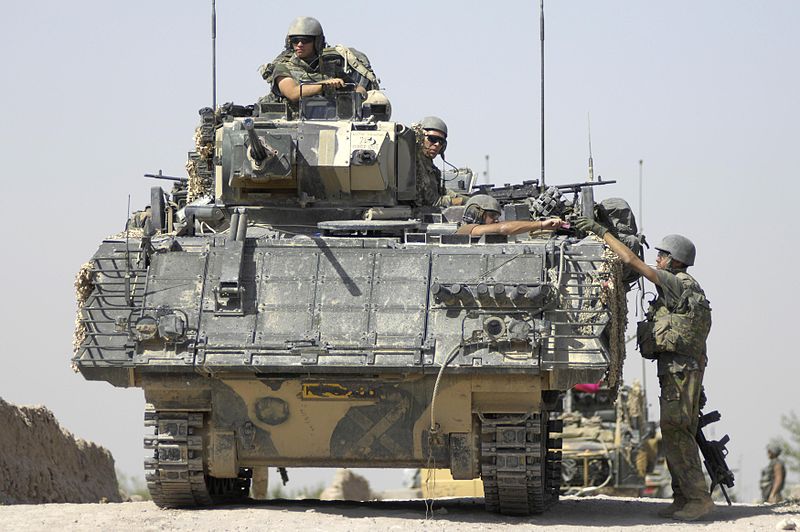 YPR-765 Infantry Fighting Vehicle Developed from the M113A1, the AIFV was a 1970s private-venture by FMC which ended with a massive order form the Dutch and later Belgian armies. Over 1030 were acquired by Egypt from 1996. In addition, 220 BMP-1s are kept in storage. These vehicles imported in 1972 fought during the Yom Kippur War. 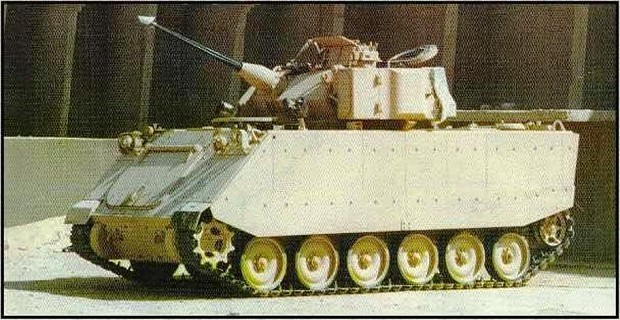 The EIFV is an interesting hybrid between the Bradley and M113, marketed by BAE systems but never put into production as far as our sources go. 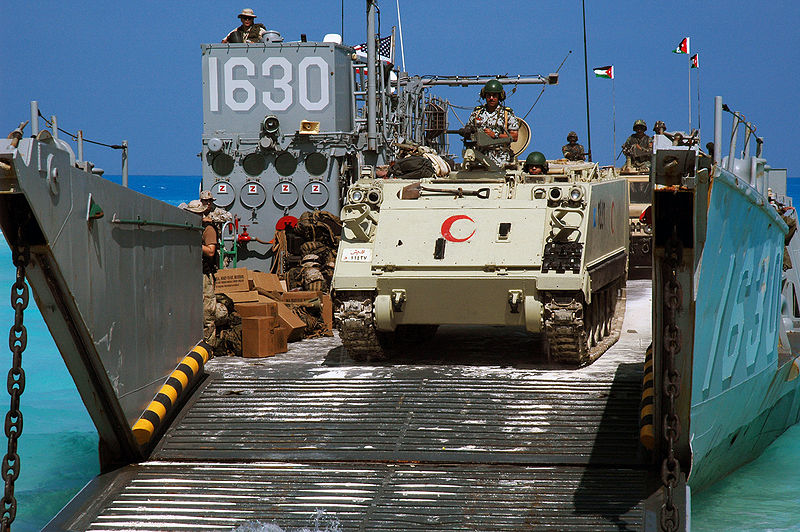 BTR-50PK 500 delivered, 100 upgraded to the PKM standard, the other pending scrapping. Alongside these, also 250 OT-62 TOPAS (very similar, built in Czechoslovakia) upgraded by Ukraine in 2010; and some PTS amphibious transports (Nile commandos) purchased in the 1970s. Status unknown. Fahd 240 BMT-208 turret. This French licence-built version by SAMM has a 12.7 mm machine gun and a 7.62 mm machine gun. It is NBC proof and it is fitted with a fume and gas extractor.

Egyptian Fahd-280-30. This IFV version had a 2A42 30 mm autocannon with a dual rate of fire of 200-300 or 550 rpm or rapid fire burst at 800 rds. It can engage other armoured vehicles but also low flying aircrafts, helicopters and dismounted infantry. With a muzzle velocity of 960 m/s it can engage armoured targets at 1,500 meters, up to 4000 for softskin targets and has maximal operational range of 2,500 meters against helicopters and planes. Camouflaged Ramses-II from a picture in https://defense-arabia.blogspot.fr/ Could be the same prototype painted and showcased in a show.