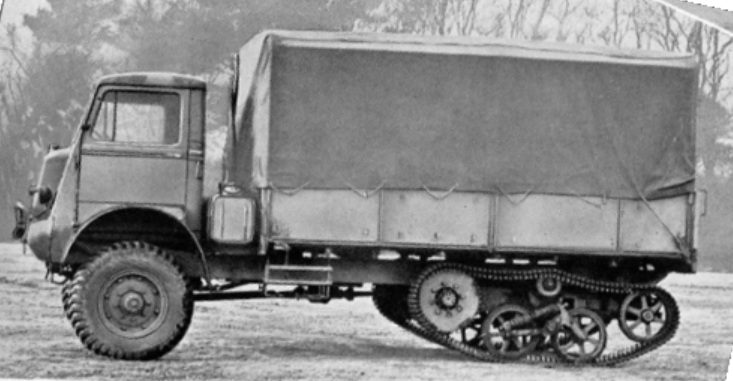 Sd.Kfz.7 that have survived the war would later be used in such movies as “The Dirty Dozen” and “A Bridge Too Far”.

Nice Output Guys. In my opinion, such a vehicle would’nt have been needed soo late war. The Copious amount of Lend-Lease Halftracks were good enough to tow light guns, tactically heavy ordanance on the Western Front would be unnessecery due to other advantagious factors riding with the Allies. Post-War, no doubt would they need a modern Prime-Mover.

There have been several sightings since the mid 1950s around a large private estate on Speyside of a german half track that had been modified for timber working. Local military vehicle enthusiasts believe that rather than a Sdkfz variant it could possibly have been one of the six Bedford Traclad half tracks. Many people have tried to gain access the the estate over the years but to no avail.

is there any known surviving Traclat?

Not as far as we know