Throughout World War II, the Kingdom of Romania captured various vehicles from their enemies, especially from the Soviet Union on the Eastern Front. These armored vehicles were either used in combat, used for training or scrapped for spare parts and material for the production of domestic armored vehicles.

Where these T-26s possibly came from

By 1942, Romania had already captured twenty-eight unspecified armored vehicles from the Soviet Union and ninety-one were being recovered. With ample amounts of armored vehicles being retrieved, a Commission of Captured Equipment was established. This commission was entrusted to sort out equipment coming from conquered territories and consisted of Iosif Nitescu, Lieutenant-Colonel Constantin Ghiulai, and other unnamed individuals.

Mr. Ghiulai was already developing the TACAM T-60 since late 1941 and would later commence development of the TACAM R-2 in December 1942. It is unclear if the Commission was also meant to get a closer study of the captured equipment  More equipment was being found in March 1942 in Transnistria and Bessarabia. Sixty men from the 2nd Armored Regiment were sent to gather these vehicles. 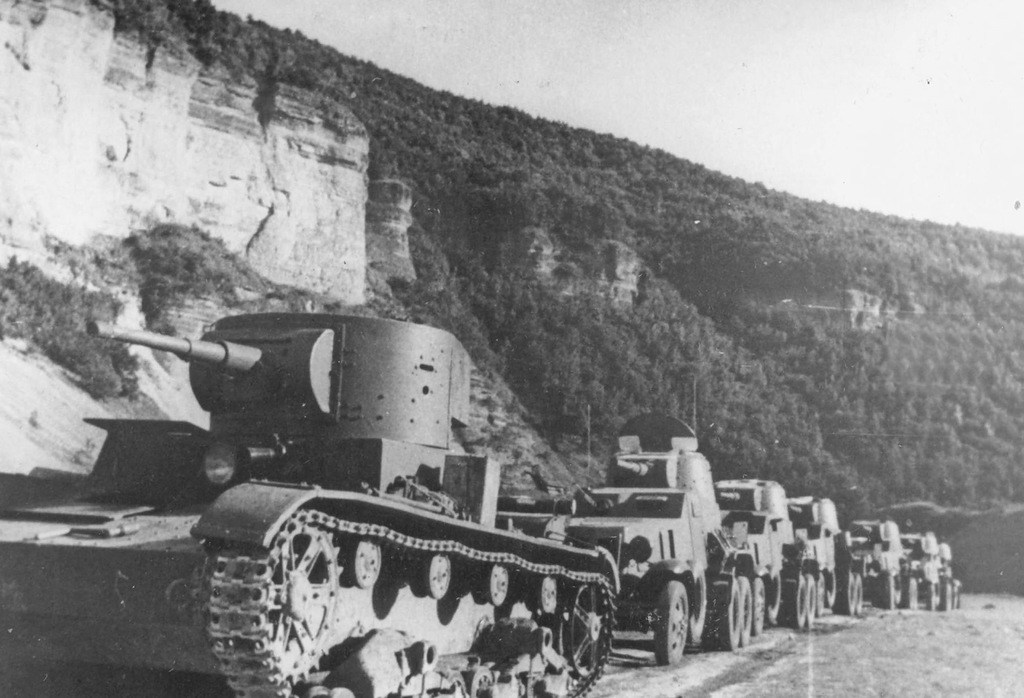 Soviet T-26B in Bessarabia, 1940.- Source: oldpicz.com
From the tanks they salvaged, the Commission of Captured Equipment intended to send some to the 2nd Armored Regiment, to cover the losses they had suffered. The Regiment needed 22 more tanks to reach its full strength of 73 vehicles.
Of the vehicles they had captured, the Romanians thought the T-26s would be a good option for the 2nd Armored Regiment. Five T-26As (early, twin turreted variant), four T-26Bs (mid variant with a single cylindrical turret) and eight T-26Cs (late variant with a single semi-conical turret) were available and in good order at the time. The T-26 was seen to be on par or even superior to their R-35s and R-2s (Romanian LT vz. 35).
The T-26 designations stated above (T-26A, T-26B, and T-26C) are Romanian/German designations and do not reflect the Soviet naming system. 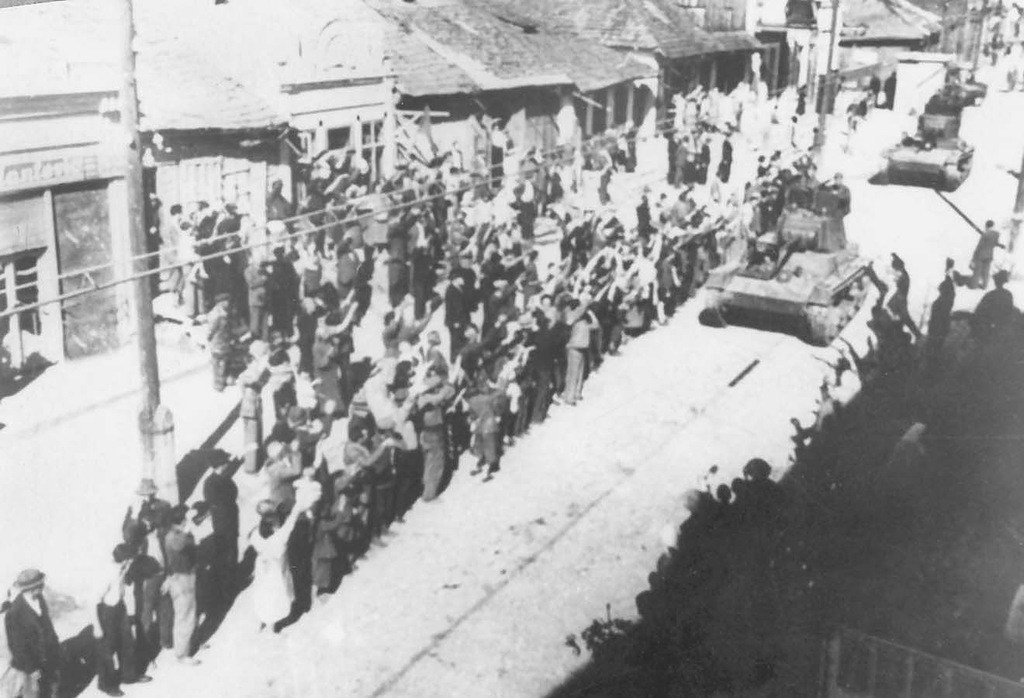 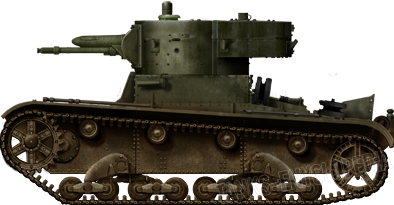 Interpretation of the T-26/37mm by David Bocquelet

On July 22, 1942, a proposal was suggested, it would exchange the armament of the captured T-26s, even though sufficient amount of ammunition for the 45mm 20K was available. A need to “unify” the guns used by the Romanian army was being felt. The proposal referred to a “Škoda” gun and a “ZB” machine gun. No specifics were given to what Škoda gun or ZB machine gun would’ve been used. At this time, Romania almost exclusively operated Škoda field guns, which were large caliber artillery guns. The only logical alternative is that they meant the 3.7 cm A3  gun which was also mounted on the R-2 tanks. The T-26 modification might’ve been a plan to salvage the 3.7 cm gun from destroyed R-2s. It’s also possible that the gun might’ve been part of a failed armament deal between Škoda or Germany and Romania being discussed around the time of this T-26 modification. However, there is no proof at all for this and it’s purely speculation.

The ZB machine gun is most likely the Czechoslovakian 7.92mm ZB-53 machine gun which would be mounted on some Maresal tank destroyers prototypes and proposed for the Vânătorul de Care R-35. This 7.92mm ZB-53 machine gun was supposed to replace the T-26’s coaxial 7.62 mm DT machine gun.
This proposal never materialized. The efforts of converting these vehicles, getting them into service and keeping them properly maintained were probably seen as too big for the small number of obsolete tanks it would have added to the Romanian tank force. The T-26s were sent to various Romanian units, where they were used for training. Later on, they were scrapped and their armor was used in the construction of the TACAM T-60 or TACAM R-2, while the guns were used for the Vânătorul de Care R-35 conversions.
The designation used in this article, “T-26/37mm”, is a fabricated designation since no historical alternative exists.

The smaller 3.7 cm A3 would have most likely had less destructive effect on its targets and its HE shells would have been of limited use against infantry and fortifications. However, the 3.7 cm shells were significantly smaller than the 45 mm ones, allowing more ammo to be carried. It is unknown if the mantlet would have required any kind of alterations.
Another theoretical advantage is the possible reduction of the reloading time of the main gun. Since the 3.7 cm A3’s shells are relatively small and weigh less compared to the 20K’s 45 mm shells, reloading the main gun would be easier and faster by comparison.
The 3.7 cm A3 with the 3,7cm Pzgr(t) umg APCBC shell could penetrate 37 mm of steel angled at 60 degrees from horizontal. According to one Soviet penetration test, the 45 mm 20K Model 1948 with an unspecified AP shell penetrates 43 mm of armor while angled at 60 degrees and 57 mm of armor at 90 degrees.

Two T-34s were captured by Romania from the Soviets. One weighing 26 tons and the other weighing 33 tons (possibly referring to the T-34E STZ variant). It was proposed that an unnamed 120 mm and 150 mm gun were to be mounted on a different turret on the two T-34s. The proposal was later scrapped due to Romania’s inability to produce the necessary parts to handle the recoil of these large guns.
The Romanians modified the remaining R-35s with the T-26’s 45mm 20K. This conversion was named the Vânătorul de Care R35. These R35s received a modified mantlet and were used in the later stages of the war by the Romanian Army before and after they defected to the Allies.