The Type 97 Chi-Ha was Imperial Japan’s most produced and most used medium tank and, as such, many variants were based on its chassis. The Shi-Ki Command tank (コマンドタンクシキ, Komandotankushiki) was one such derivative. 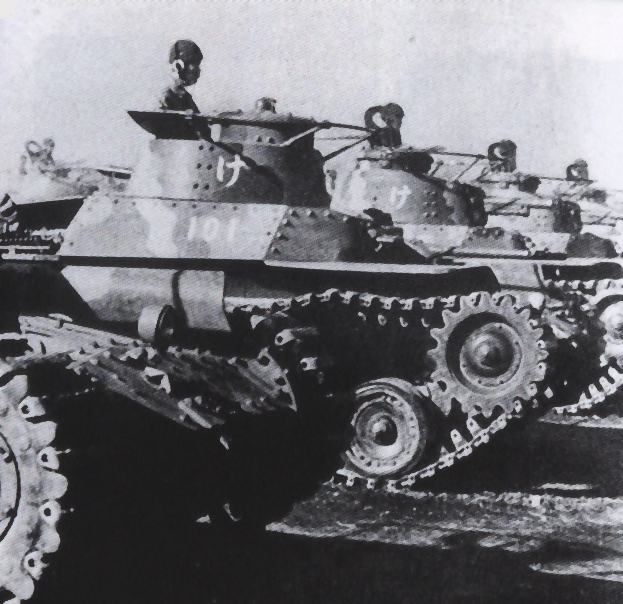 A Shi-Ki command tank amidst a company of Chi-Ha tanks. Photo: – D-Day Wiki

The purpose of a command tank on the battlefield was to give a mobile observation position to company commanders. This was a tactic used to great effect by Nazi Germany’s Wehrmacht during the Blitzkrieg, in vehicles such as the Kleiner Panzerbefehlswagen, a command tank variant of the Panzer I Ausf.B. Command tanks usually sported less armament compared to their contemporaries but carried better observation and communication equipment.
Japan’s take on this type of vehicle was the Shi-Ki. The hull of the Chi-Ha base vehicle remained unchanged. The major changes came to the turret. The standard turret and armament were removed and replaced by a smaller conical turret. Placed atop this new turret was a large cupola with multiple vision ports. The main armament was replaced by a powerful radio which broadcast through a large horseshoe antenna with increased range attached to the top of the turret.

The Shi-Ki wasn’t completely devoid of armament, but it was defensive more than offensive. With a large radio taking up room in the turret, the tank’s main armament, a Type 98 37 mm (1.4 in) gun usually found on the Type 95 Ha-Go, was mounted in the bow in place of the machine gun on standard Chi-Has. A Type 97 Machine-Gun was also mounted in the back of the turret for the commander to use.

It was recently discovered that a replacement was planned for the SHi-Ki. This vehicle would have been known as the Ka-Shi, and would fit the same role. It was a combination of the hull of the Type 1 Chi-He and the modified turret of the Chi-Ha Shinhoto. It was armed with the short 57mm Gun and 2 x 7.7mm machine guns. The turret was fitted with various observational equipment, including a large periscope on the turret roof. It is not known if any of these tanks were built, but a blueprint does exist. 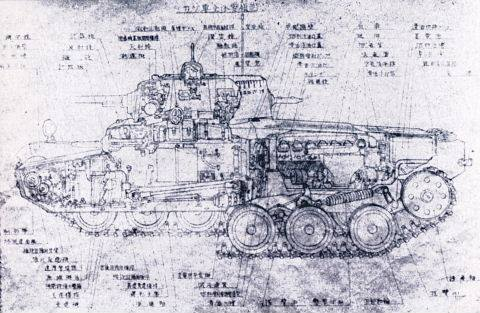 The briefness of this article is due to the rarity of the Shi-Ki and the scarcity of information available about it or its use. It is unknown where the tanks served, with what units or even how many of them were built. 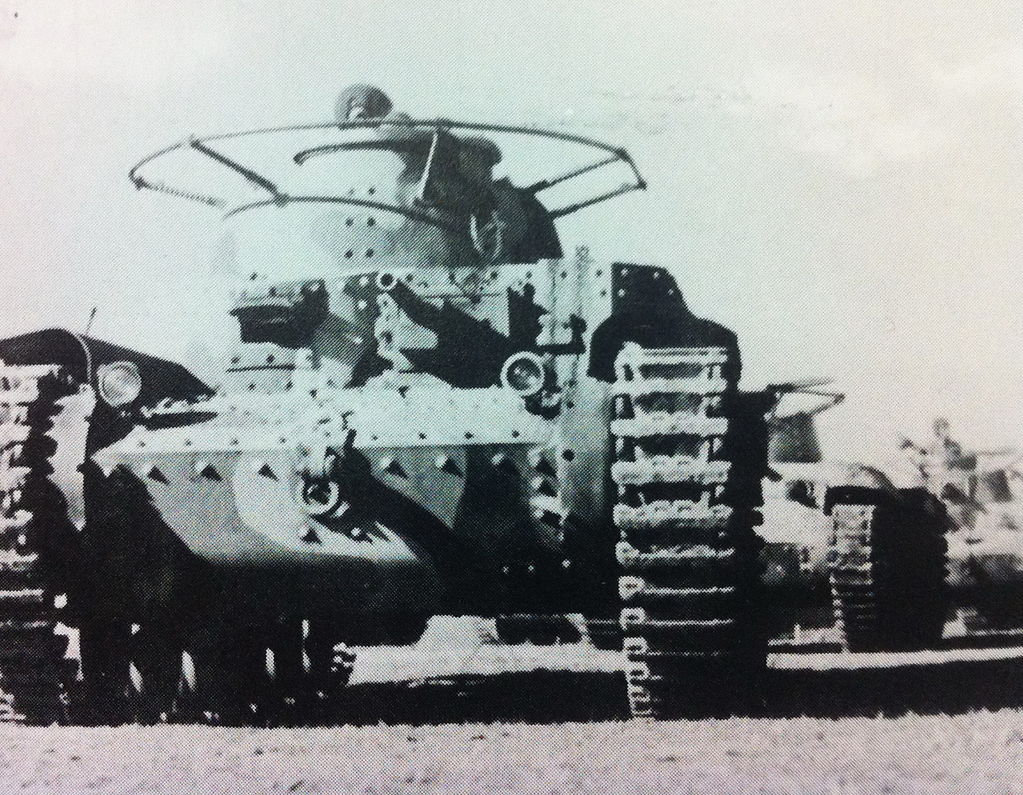 A Shi-Ki leading a column of Chi-Ha tanks. Note the 37 mm gun in the hull and how large the horseshoe antenna was.