During 1930s, fears were strong among the most powerful military nations that a coming war would develop along the same lines as WWI. No one wanted another war rife with stalemates, no one moving for months on end due to swamp like terrain, and constant machine gun bombardment. As such, tank designs of the period were heavily set on infantry support, being large, slow moving and bristling with anti-personal weaponry. The era became awash with the fad of multi-turret tank designs, with all of the most powerful countries adopting them in one form or the other.

The A1E1 Independent for the British Empire, the Großtraktor or Neubaufahrzeug for Nazi Germany, and the T-35 of the Soviet Union are prime examples of this design fashion. One might even consider the mobile machine-gun nest that was the United States’ M2 Medium to be part of the group.
Imperial Japan was no exception to the rule, coming up with their own design in 1934. This was the Type 95 Heavy Tank (タイプ95重タンク, Taipu 95-jū tanku). 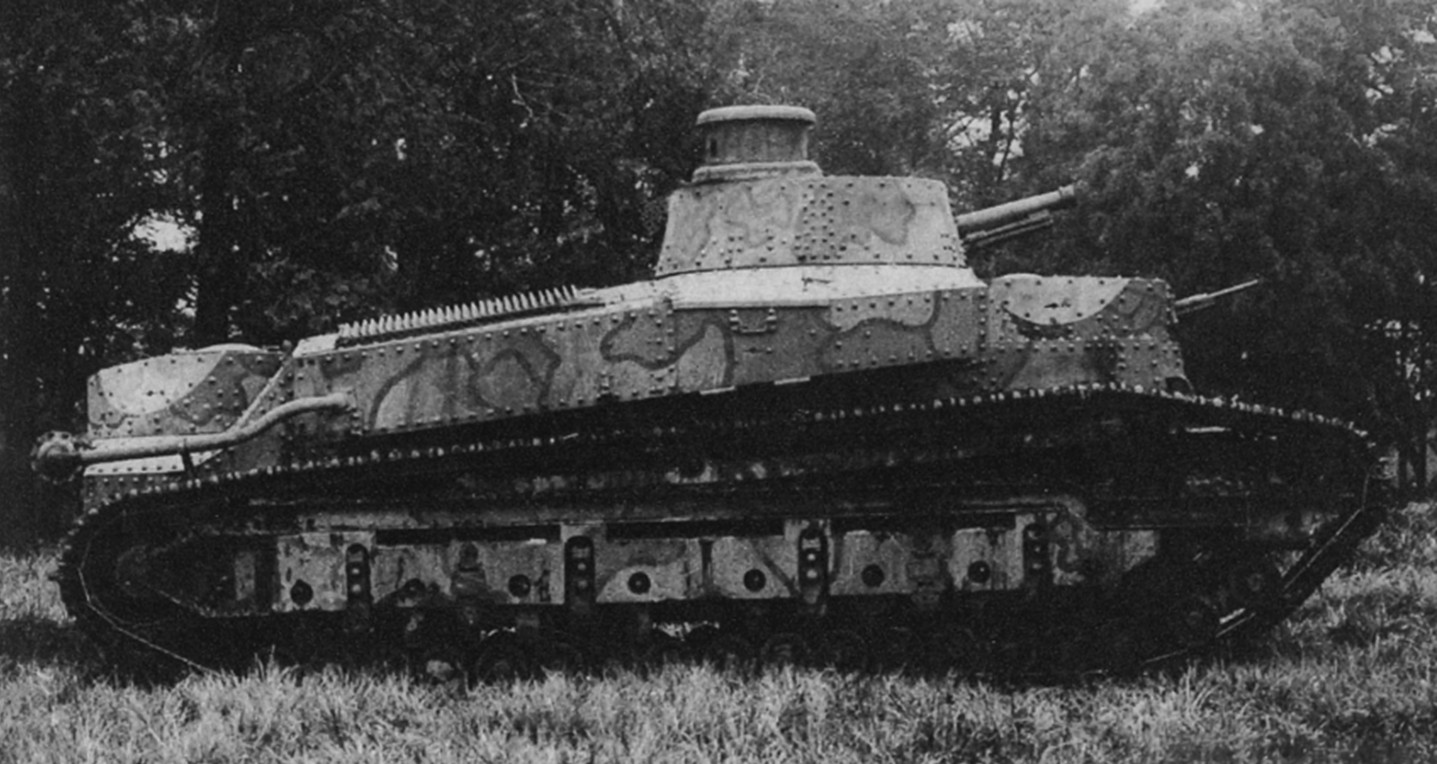 The Experimental Tank No. 1, Type 87 Chi-I.
The roots of the Type 95 Heavy begin with the first tank the Japanese Military produced independently, the Experimental Tank No.1 (実験タンク番号壱, Jikken tanku bangō wən), also known as the Type 87 Chi-I. This ancestor to all Japanese tanks was built in 1927, and was classed by the Military as a Medium Tank. It didn’t progress further than the prototype phase, however.

The first prototype of this heavy tank was built in 1931 and was designated the Type 91. This was an 18-ton vehicle, powered by a 6-cylinder BMW IV inline engine that ran on gasoline. The engine was likely purchased from Germany. The tank had 3 turrets, a main one in the center armed with a 57 mm (2.24 in) cannon, and 2 secondary forward and rear turrets armed with 6.5 mm (0.26 in) machine guns. It also had an armor 8 – 17 mm thick. 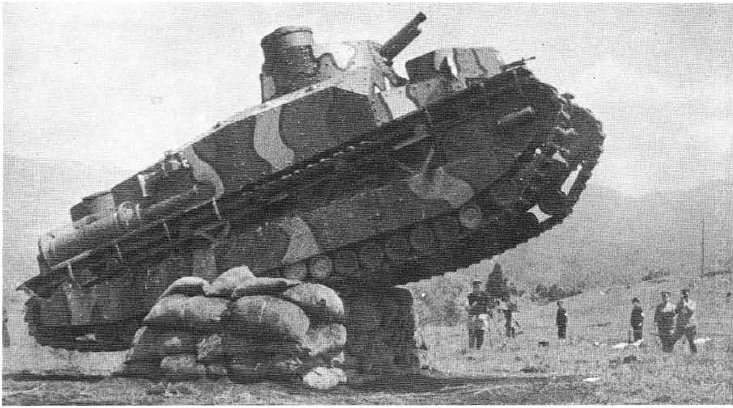 The Prototype vehicle Type 91, undergoing crossing trials. The complicated suspension can be seen here.
A feature carried over from the Type 87 Chi-I was the rather complicated parallelogram suspension system with two pairs of road wheels per leaf-sprung bogie. There were 17 road wheels per side, giving it a total of 34 road wheels. The parallelogram type of suspension is more commonly known as Swing arm suspension, which is mostly used on motorcycles.
The Type 91 proved to be an unsuccessful endeavor, and the project was soon canceled. The lessons learned were passed on to the Type 95.

Imperial Japan felt that the increasingly powerful Soviet Union could be a potential future enemy. As such, work once more resumed on a heavy tank for the Imperial Japanese Army (IJA) to match the Red Army’s T-35 heavy tank.
The development of the Type 95 Heavy began in 1932, with a prototype not being complete until 1934. The overall structure of the chassis and module layout was much the same as the previous Type 91 prototype. However, it was given significantly thicker armor, thicker than all of Japan’s other tanks of the era. The turret face was 30 mm, with 25 mm on the sides and the rear. The upper plate bore the thickest armor at 35 mm. The sides weren’t lacking either as they were 30mm thick with a further 25mm on the rear of the vehicle.
This amount of armor increased the weight of the vehicle to 26 tons, the heaviest tank Japan had yet built.
The suspension was also altered, with a much simpler form of leaf-spring suspension. The amount of road wheels was drastically reduced, down to 9 a side, giving it a total of 18. This was found to give the same performance, while being much less complicated. 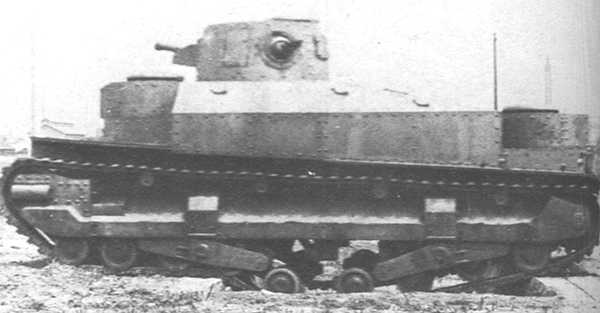 The Type 95 during trials, showing how the suspension operates.

A 3D model of the Type 91 Heavy by Giganaut

Tanks Encyclopedia’s rendition of the Type 91 Heavy by David Bocquelet.

Tanks Encyclopedia’s rendition of the Type 95 Heavy by Jarosław Janas.

Like the legendary samurai of ancient Japan, the Type 95 Heavy would carry 3 weapons into battle. For a Katana, its main weapon mounted in the primary turret, a unique Type 94 7cm tank gun. It’s Wakizashi, a secondary weapon, a Type 94 37mm (3.7cm) cannon mounted in the forward turret. And finally, its Tantō, the third weapon, a 6.5mm machine gun mounted in the rear turret. 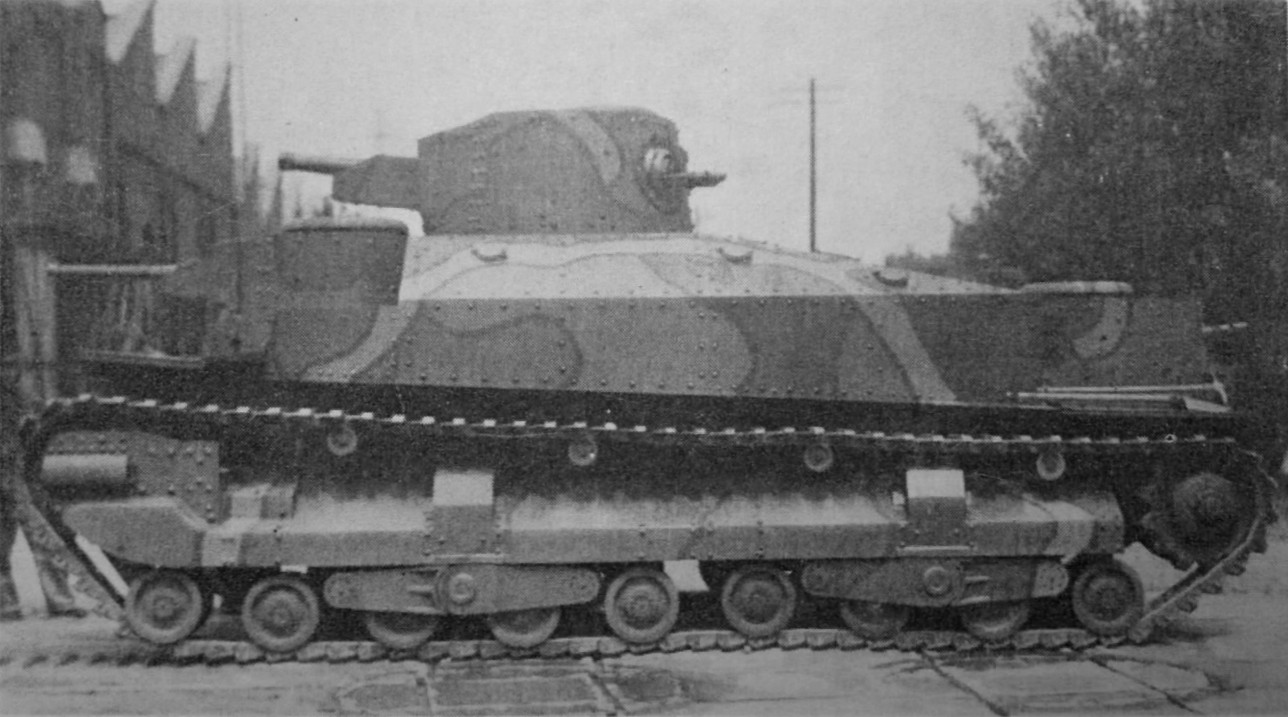 The 7cm gun was a short-barreled type, able to fire both Type 92 HE (High-Explosive) shells and Type 95 AP (Armor-Piercing) shells. Further ballistic data is unknown. The Type 94 37mm cannon is the same as equipped on the Type 95 Ha-Go light tank, with average armor penetration 36 mm (1.4 in) at a distance of 275 m.

The vehicle did go through trials in 1935, and performed well. Production was limited to only 4 vehicles, however, due to logistical and practical reasons. High-speed lighter tanks, more suited to Japanese tank doctrine were starting to come along, such as the Type 95 Ha-Go.
With only 4 Type 95 heavies built by 1934, the project was canceled. It was considered too slow and much too big. Also, it was soon apparent that a multi-turret tank design was a less than practical concept. It is rumored that at least one of the vehicles took part in a parade in Tokyo in 1935. This was part of the Yasukuni Military Expo during which Japan showed many of their newest armored vehicles. 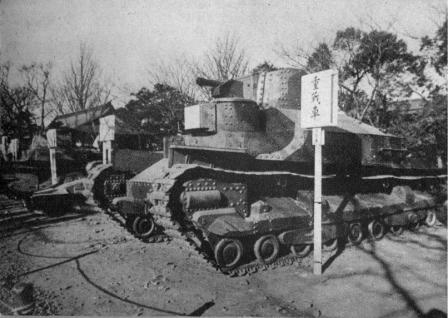 A disarmed Type 95 at the Yasukuni Shrine.
This wouldn’t be the end of the Japanese work on heavy tanks, however. The next generation of such vehicles in Japan would be “Super Heavies”. This would include vehicles such as the O-I Super Heavy Tank.
None of the Type 95s survive today, though one was kept at the Chiba as a training vehicle up to 1945.

As limited as the production of this vehicle was, Self-Propelled Gun (SPG) variants were conceptualized, with 2 chassis handed over to Mitsubishi Heavy Industries for testing.

These chassis became the bases of the Ji-Ro/Ji-Ro Sha (Left) and the Hi-Ro-Sha (Right). These Tank Destroyer variants were mounted the powerful Type 14 105mm Gun, also known as the “10-cm cannon”. The Hi-Ro Sha was an open top vehicle, with the 105mm gun munted at the front behind a small gun shield. The Ji-Ro/Ji-Ro Sha was a bit more of an extensive modification. A large case-mate was placed on the rear of the tank, with the 105mm mounted inside. While the Hi-Ro did reach the Prototype phase, it is unclear wether the Ji-Ro did as well. No photos of it are known.

The Prototype Hi-Ro/Hi-Ro Sha. While there are a few photos of this vehicle, none seem to remain of the Ji-Ro. Photo: – Radikal.ru

So it’s pretty much a Type 89 I-Go when it eats too much sushi?
(reply please)

Can you also tell me what article that my comment said, “It looks more like the Spähpanzer SP I C”
I really need to find this article…

I-go with a better gun

Heh, I-go that ate too much sushi. Yes, the turret of the Type 91 reminds me of early Renault FT’s.

Well, prior to these tanks, the Japanese used the Renault NC an updated FT. (Click link for info) The Japanese likely took inspiration from that, the same could be said for the Ha-Go.

Hi there.
Another great article!
However you have “ryfe with stalemates” misspelled ‘rife’

>>The first prototype of this heavy tank was built in 1931 and was designated the Type 91. This was an 18-ton vehicle, powered by a 6-cylinder BMW IV inline engine that ran on gasoline. The engine was likely accessed via the Technology Sharing scheme between Imperial Japan and Nazi Germany.<<
As Nazi Germany did not exist until early 1933, it is not likely… But they could have just bought this engine.