The French Char B1 Bis is probably one of the most recognizable tanks ever made. An impressive union of a hull-mounted 75mm gun, thick armor, and a 47mm gun in the turret made this tank a formidable enemy in 1940. Despite its less than handsome appearance, this was a technologically advanced tank and was the product of a huge amount of time and money invested in its development. In 1940, it was the most powerful tank fielded by any army during the battle for France.
Despite its many advantages though, the Char B was unable to prevent the collapse of France. When the country was occupied, huge stocks of war material in factories plus those captured in the field, came into the hands of the Germans and her allies. While the Germans made good use of a lot of captured tanks, a large amount was also supplied or permitted to be taken by her allies and the Kingdom of Italy was no exception to this.

Colonel Keller (the Italian Inspector General of Tanks) had already reported on the advantages of the Char B (referred to as the ‘Carro B’) back in 1935. In 1940, after the fall of France, the Italians, occupying parts of the south of France, took the opportunity to seize some of these tanks when they could get their hands on them. The Italian author Nicola Pignato states that some twenty B1 Bis’, in various stages of preparation and construction, along with a single 36-tonne B1 Ter prototype were recovered from the FCM factory, of which an unknown number were to be destined for Italy. An official report, however, from 1943 related that just 2 turretless B1 tanks were taken directly from the factory along with an additional 4 which had their turrets, and the single experimental 36-ton vehicle along with a quantity of engines, parts, and armor plate.

The French author Pascal Danjou states that the Italians got hold of only 8 Char B1 Bis tanks though, six made by FCM (Compagnie des Forges et Chantiers de la Méditerranée) and two made by FAMH (Compagnie des Forges et Aciéries de la Marine et d’Homécourt). These vehicles had been rapidly pushed by the French into action in June 1940, half of which had no turrets (which would make 4 tanks although which turretless vehicles of those 8 came from which factory is not clear) and none of these vehicles were captured but were instead hidden by workers in a cave. Their hiding place was later revealed by an Italian worker to the Commission d’Armistice Italienne pour la France, the CAIF (Italian Commission for Disarmament in France), who then seized them in October 1940 for Italy. Whatever account of how these vehicles or even exactly how many came into the possession of Italians is correct, the Italians got hold of some Char B1 Bis tanks of their own.
The exact number shipped to Italy cannot be determined as not all of them received official army registration numbers, but at least two vehicles did receive registration numbers R.E. 508 and R.E. 750 on 30th April 1941. 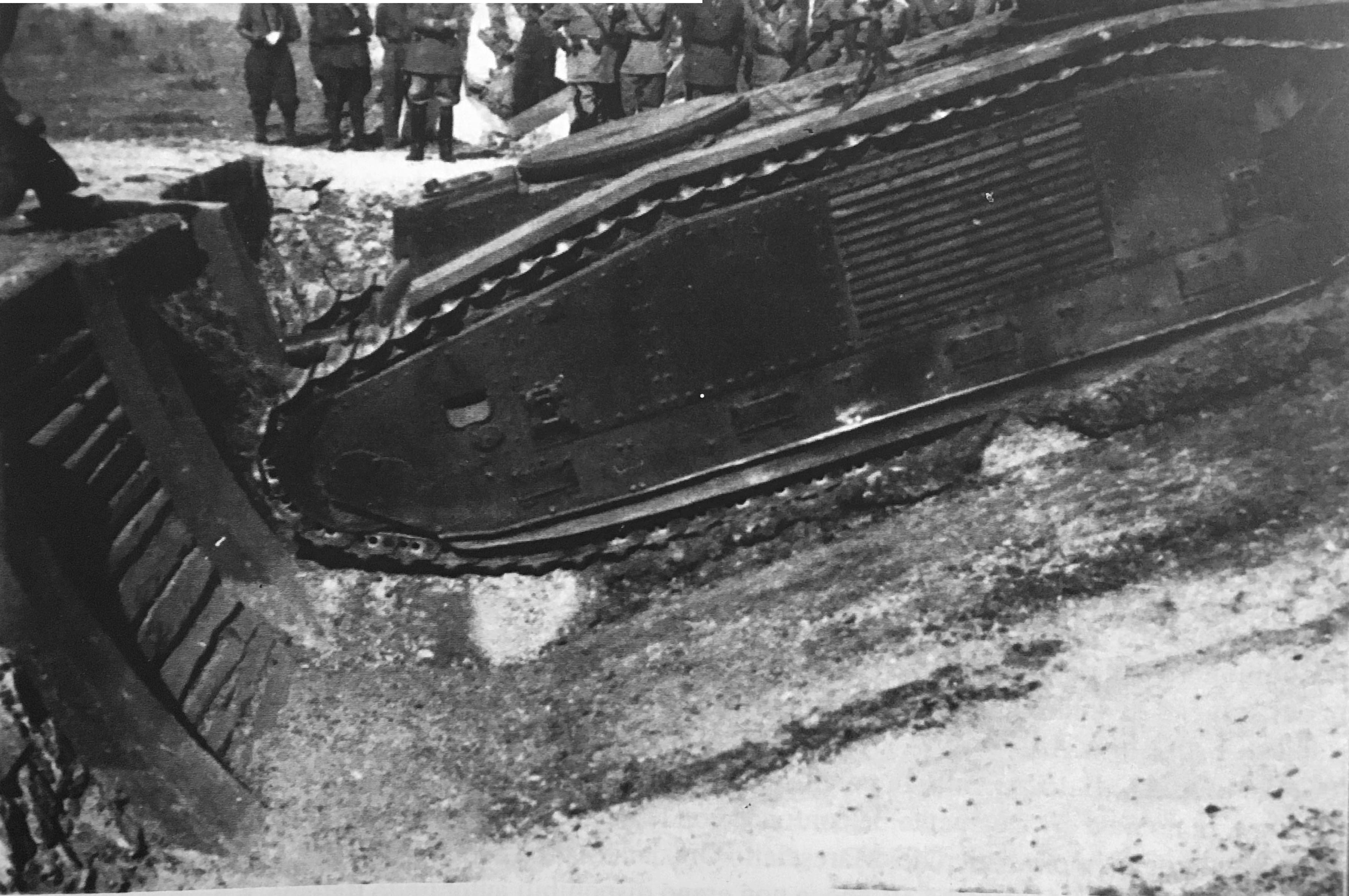 It is debatable as to what function the Italian Army wanted to use these tanks. The Italian author Nicola Pignato classifies the Italian use as one of a ‘Semovente’, literally a self-propelled gun; one used to both indirectly shell enemy forces and also provide direct fire against the enemy. Lacking a turret, this is the most likely consideration for its use, as the poor mobility and relatively low velocity of the French hull gun did not lend themselves to the role of a tank destroyer.

In 1940, the heaviest Italian tank in service was barely half the weight of the 32-tonne B1 Bis. Even without the turret, the Char B1 Bis weighed about 28 tonnes and was still a significantly larger vehicle than the Italians had used since the Fiat 2000. The tank was also not as easy to operate as other similar vehicles and the design called for well-trained crews proficient in the use of the machine.
The sheer size of the vehicle though was the biggest problem. The standard means of moving tanks was on the back of a truck or small trailer, neither of which would be possible for this tank meaning it could only be moved long distances by rail. Even then, it wasn’t going to be an easy task.
Two of the B1 Bis chassis were subjected to trials in November 1941 against anti-tank obstacles. The hulls, lacking turrets, had the hole in the roof of the hull covered with a rudimentary 60mm thick armor plate. Photographic evidence from France shows a captured turretless Char B1 Bis in German hands with an identical circular plate over the missing turret suggesting that this modification was done in France and not in Italy. 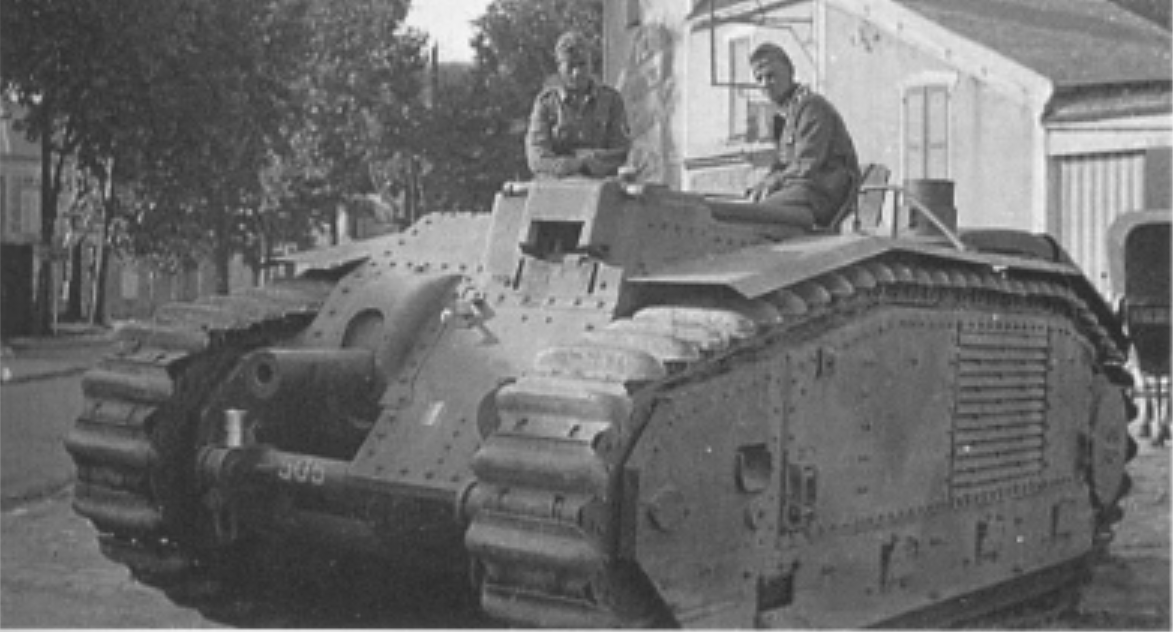 Captured French B1 Bis. Sent into action with the turret replaced by a circular cover as seen on the example in Italy. Source: Les chars B
Against all the obstacles tried, the only one which the tanks could not get past was an anti-tank ditch with a 45-degree escarpment. Experiments were terminated on the 24th of May 1943, a ridiculously long testing time for a production-quality vehicle simply being repurposed. The time involved though does suggest that the concept of using the vehicles in the Semovente role had long since expired and they were more suited to experimental work relating to the design of obstacles than anything else.

There is no information to suggest any gun other than the French 75mm hull gun was ever considered but the Italians did have large numbers of antiquated field guns of various calibres which could have fulfilled the role if required. Even so, the French 75mm hull gun was still a potent weapon against tanks or enemy defences and in the turreted vehicle the French would carry up to 74 rounds of armor-piercing or high explosive shells. It is reasonable to assume that, without a turret, at least that amount or slightly more could be carried had this vehicle entered service with Italy. 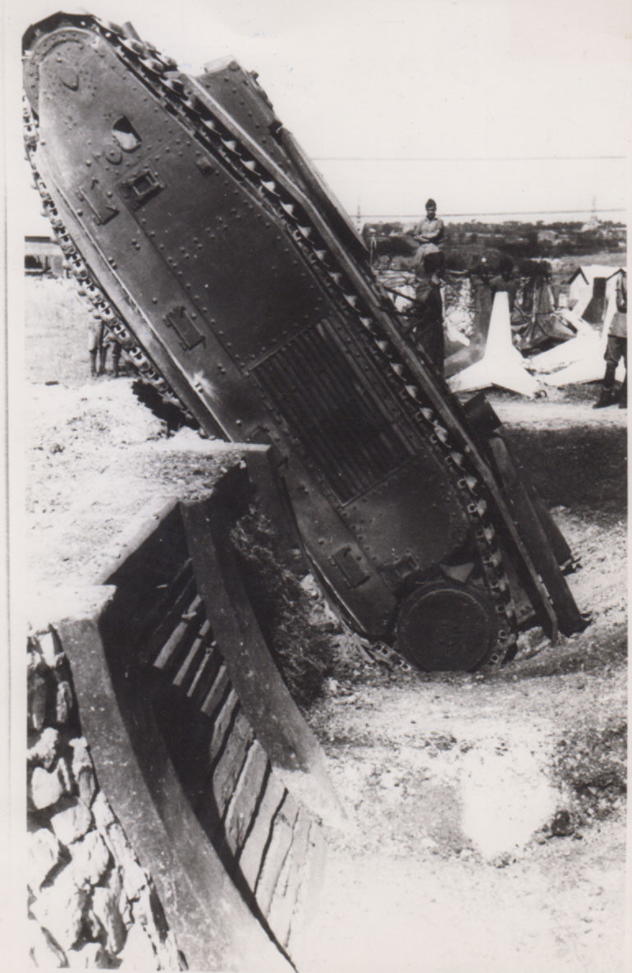 Turretless B1 Bis undergoing trials in Italy in 1941. Source: Pignato

Despite some initial interest in using the B1 Bis turretless for the role of an assault gun, it was simply not adopted. Italy had already got its own Semovente program using the hull of the M series tanks to carry a short-barrelled 75mm gun for exactly the same type of fire support the B1 Bis offered. This had the same firepower but in a much smaller, lighter, simpler vehicle, one which could be built in large numbers and shared parts with their other tanks meant that the B1 Bis was not needed. With the program of trials terminated and any remaining combat value remaining in the vehicles now gone in 1943, records state that they were instead sent for testing out as ammunition carriers, as firing range targets and presumably some parts scrapped or salvaged.
The Italian author Nicola Pignato recounts that, on 4th June 1943, the situation was lamented that the 20 B1 Bis and single B1 Ter (36 tonne prototype) tanks seized by the Italian military in Marseilles in 1940 could have provided a much needed heavy armored unit for the Italian Army even if by the end of 1942 the tanks had been technically outdated. Despite the advantages their armor and firepower could have brought, the problems and presumably the poor war situation led to the project’s end. No trace of the tanks is known to remain in Italy today.

3 replies on “Semovente B1 Bis”

“despite its less than handsome appearance”
but it’s a beautiful tank! Dx