The Motomitragliatrice blindata d’assaulto ‘MIAS’ was a vehicle borne out the Italian slaughter in WWI. Instead of the infantry facing withering machine gun fire unprotected, the MIAS would provide them with a mobile shield to cover them from fire. This is what the MIAS really was; a self-propelled mobile armored shield. It was certainly not a tank in the conventional sense despite having some of the same features. It was armored, powered and fully tracked but that was as far as the similarities went. After-all, it only had a single crew member and he didn’t even get a seat.

The MIAS was launched by the Ansaldo company in 1935 and came in two possible versions; the MIAS and the MORAS, which differed only in armament. Both vehicles were propelled by a single 250cc Frera petrol engine producing 5 horsepower at 3000 rpm with Magento Marelli ignition. They were capable of up to 5 km/h forwards and 2.2 km/h in reverse. Frera was a brand of Italian racing motorcycle but, by the mid 1930’s, was in serious financial difficulties and eventually went bankrupt. 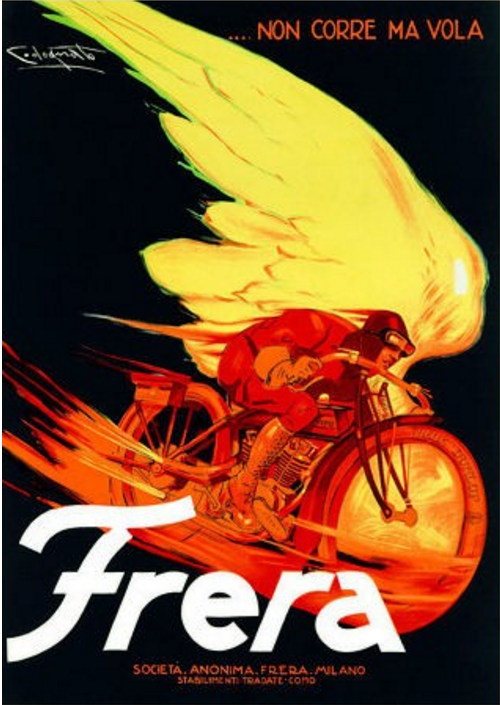 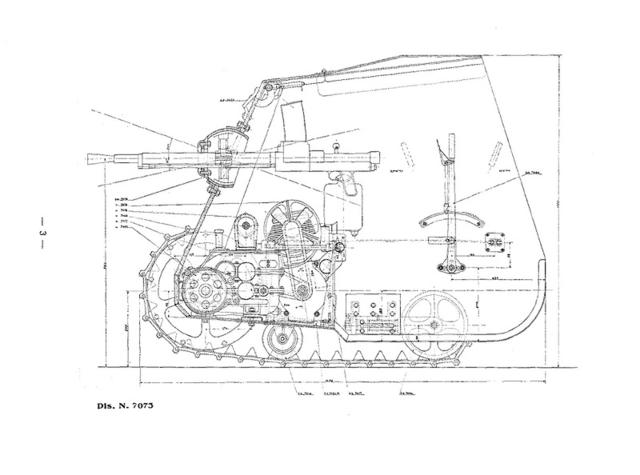 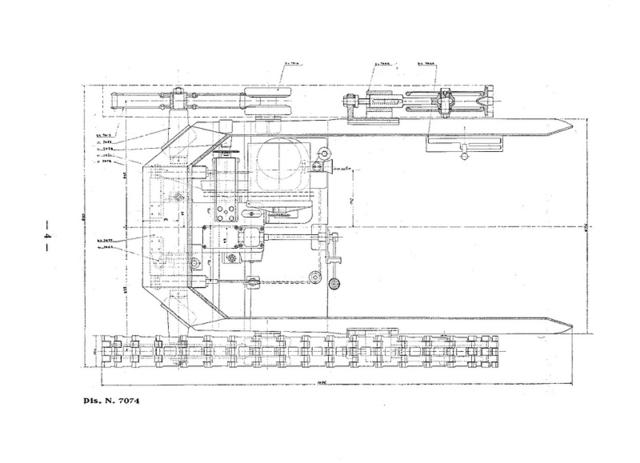 The armor for the vehicle provided protection against the Mauser service rifle firing SMK (7.92mm Spitzergeschoss mit kern – a steel cored armor piercing round) type ammunition at 90 degree impact at a range of 50 metres. The Mauser SMK round was capable of perforating up to 14 mm (0.55 in) of armor plate and saw extensive use in the First World War for use against tanks. The sides, being slightly thinner, were only rated against the Italian Model 1891 service rifle firing the 6.5mm 160 grain ball round from the sides at 90 degrees at 50 metres, which was still fairly respectable. The roof of the machine was hinged as well and could be elevated in order to provide additional cover for the soldier behind. 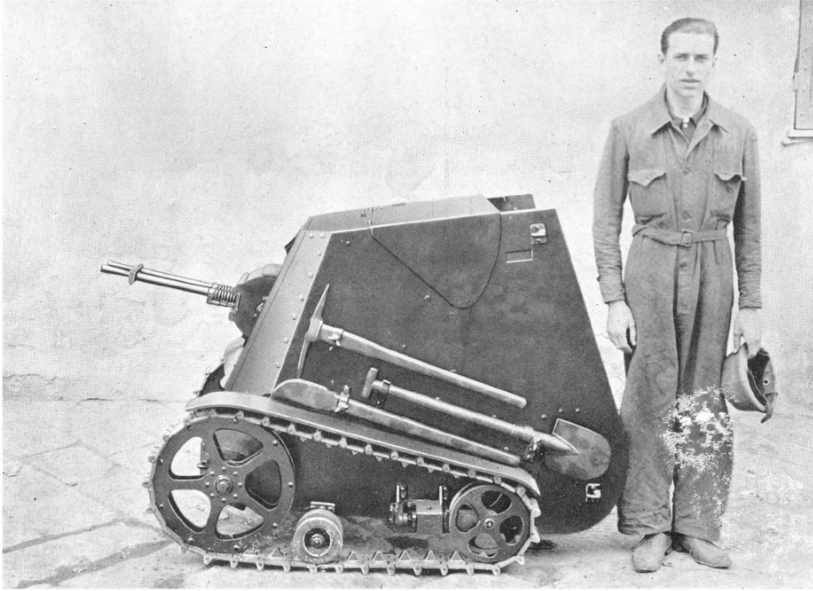 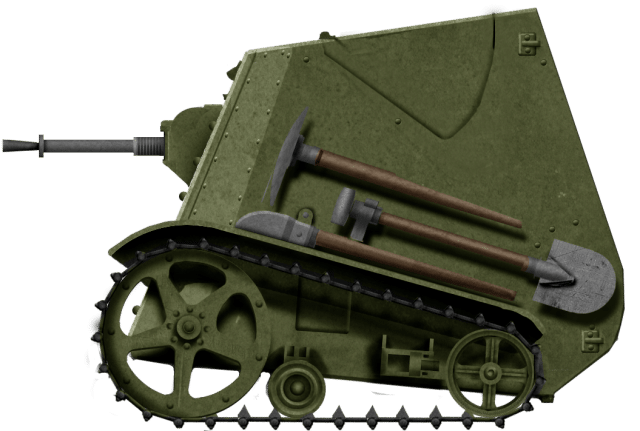 An illustration of the MIAS mobile shield. Not to scale. Illustrator: David Bocquelet
The MIAS version was fitted with a single weapon mounting high and slightly off center in the front. It was fitted with two Isotta-Fraschini (‘Scotti’) 6.5 mm (0.25 in) calibre machine guns with 14 degrees of elevation, 10 degrees of depression and 1000 rounds of ammunition. The MORAS version (Moto-mortaio blindato d’assaulto) had the machine-guns replaced with the 45 mm (1.77 in) Brixia mortar. The mortar in its mounting could depress to -10 degrees and elevate to an impressive 72 degrees. The vehicle carried up to fifty 0.5 kg grenades. 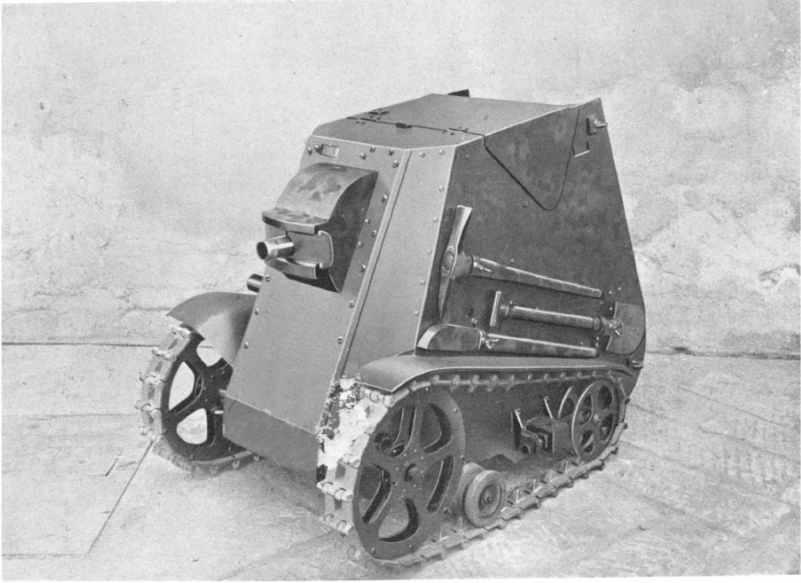 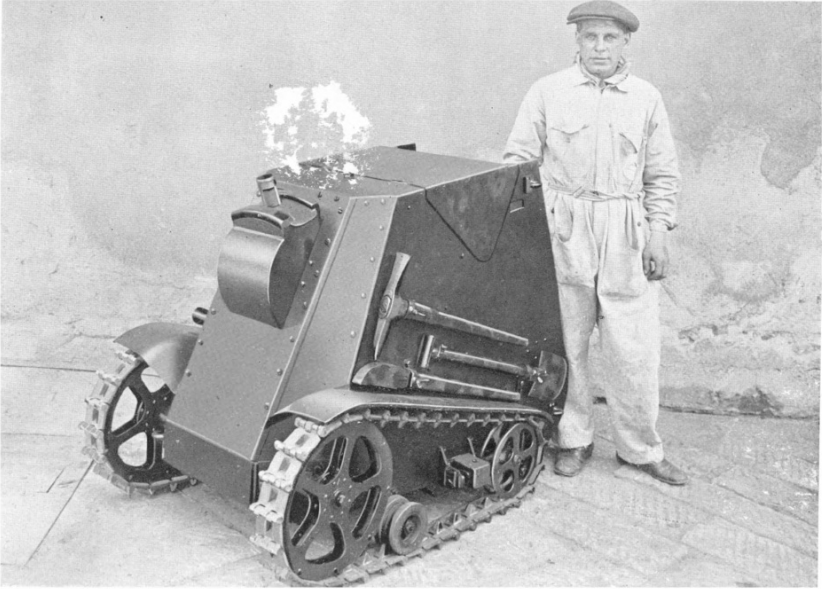 MORAS version showing the extremely high elevation which could be reached with the 45 mm Brixia mortar – Source: MIAS Manual, Ansaldo
The 45 mm Brixia mortar was designed by the Tempini company in 1932. It was a strange and complex weapon for such a small vehicle. The mortar was unusual in that in used a magazine of blank rounds to launch an individually loaded 45mm bomb. An earlier design even had a magazine for 5 bombs reloaded by means of a hand crank. 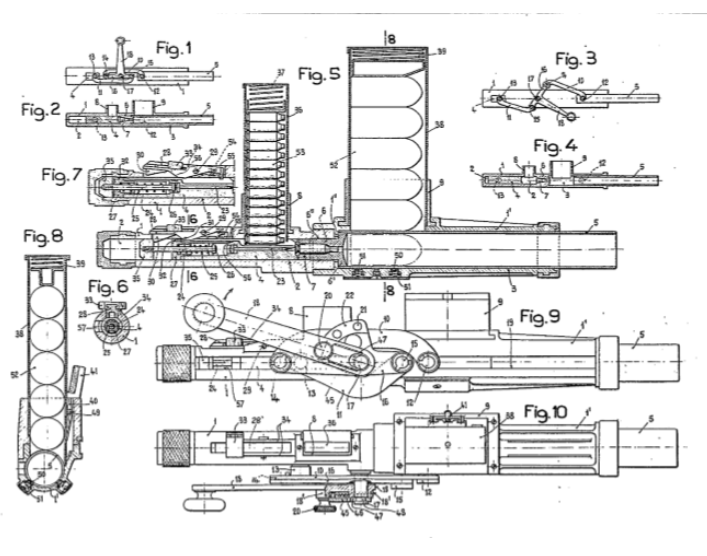 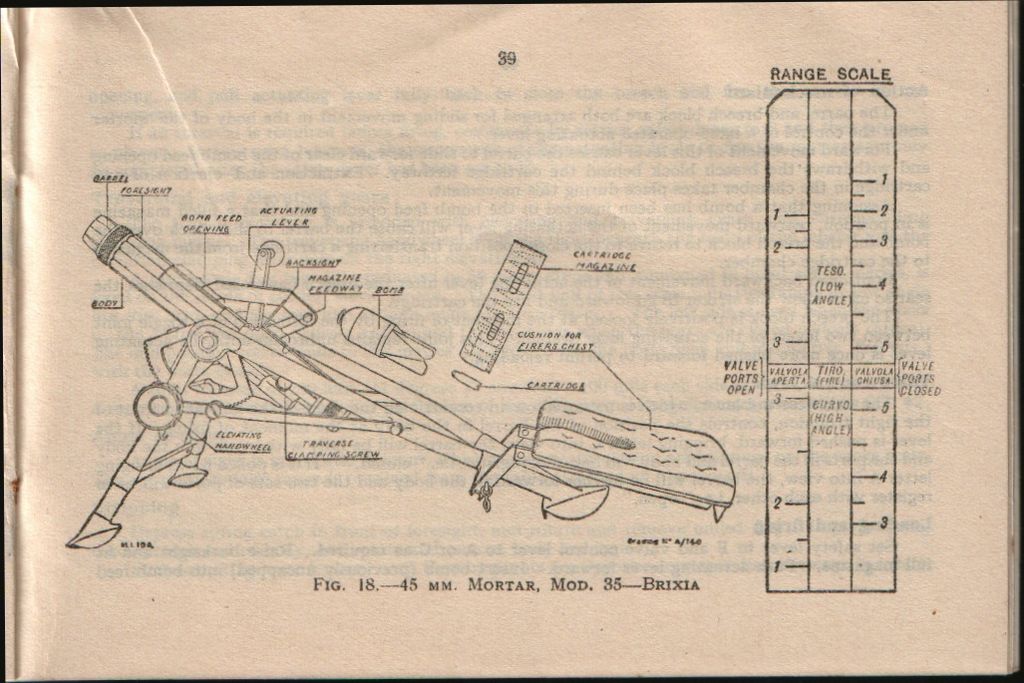 Brixia mortar as manufactured and mounted on the infantry mount

Breda made model M.1935 high explosive mortar shell for the 45mm Brixia mortar – Source: War Office Pamphlet No.4 Handbook of Enemy Ammunition 1940 and an unnamed possibly US Military Manual
The 45mm M.35 HE shell was launched at just 83 m/s at a maximum rate of fire of 1 round every 2 seconds. However, this rate of fire that does not include the time taken to replace the shell magazine. The M.35 shell remained in use through 1940 and a second shell, the M.39 version using an aluminum body instead of a brass one was available.
Work on an armor-piercing shell for the mortar was abandoned in September 1941, meaning the Brixia was only ever fielded with a rather small high explosive shell. The shell was rather useless at range but in the MORAS, it would have allowed the vehicle to very usefully suppress or destroy enemy machine gun positions.

The MIAS and MORAS were interesting designs but totally unsuitable for modern warfare. A mobile shield, no matter how well armed with machine guns or small mortars, was not going to fill the gap which Italy had in the tank department.
Neither vehicle went past the prototype stage and no orders for them are known to have been placed. The machine guns and Brixia mortar saw extensive use in WW2. These powered one-man shields remain an odd quirk, a relic of a bygone type of war.

If this was actually a real “tank”, it would probably be the cutest tank ever made. I love Italian tanks!

Judging by the photos – was the operator meant to crawl on their haunches as the shield moved? Also having tools on the exterior would defeat the purpose of the shield – the operator would be exposed to enemy fire when trying to use them.

As the photos show, there was a hinged plate on top of the vehicle which could be raised to allow the operator to almost stand while still remaining protected, this is likely how the operator would have moved with the vehicle. Additionally the tools are stowed externally in order to conserve the small space inside, as is the case with most armoured vehicles. The tools are not intended to be used from inside the vehicle nor for use while under enemy fire, rather they are for engineering tasks outside of combat such as digging/filling holes or removing obstacles when performing a road march or establishing camp
TE Moderator

I love how the had to clarify it was not to scale.

The legendary pizza oven on treads

Some images are not available

The name of the firm is Magneti Marelli, not Magento

Do you have more information on the AP bomb?

This website uses cookies to improve your experience while you navigate through the website. Out of these cookies, the cookies that are categorized as necessary are stored on your browser as they are essential for the working of basic functionalities of the website. We also use third-party cookies that help us analyze and understand how you use this website. These cookies will be stored in your browser only with your consent. You also have the option to opt-out of these cookies. But opting out of some of these cookies may have an effect on your browsing experience.
Necessary Always Enabled
Necessary cookies are absolutely essential for the website to function properly. This category only includes cookies that ensures basic functionalities and security features of the website. These cookies do not store any personal information.
Non-necessary
Any cookies that may not be particularly necessary for the website to function and is used specifically to collect user personal data via analytics, ads, other embedded contents are termed as non-necessary cookies. It is mandatory to procure user consent prior to running these cookies on your website.
SAVE & ACCEPT
41 shares