In 1933, ČKD (Českomoravská Kolben-Daněk) built the Tančik vz. 33 (P-I), however they were not pleased with the design and started a project on their own which would become the LT vz.34 (P-II) light tank of which fifty were made. These P numbers of the vehicles designated the type of tank. I stood for tankette where II stood for Light tank, however this second category got split up into IIa and IIb in 1934, respectively standing for cavalry tank and infantry tank, so ČKD started designing and came up with the P-IIa and P-IIb in 1936 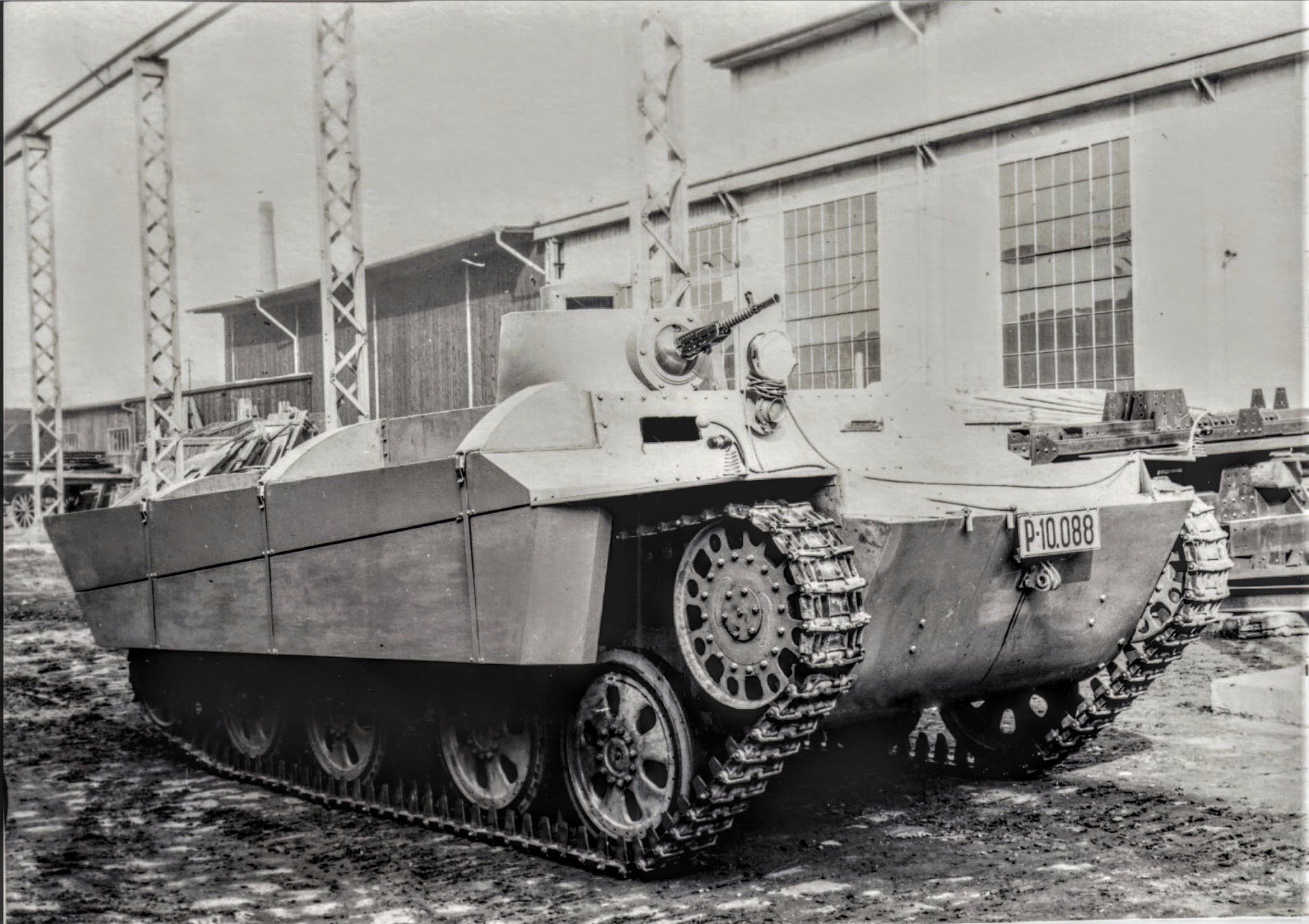 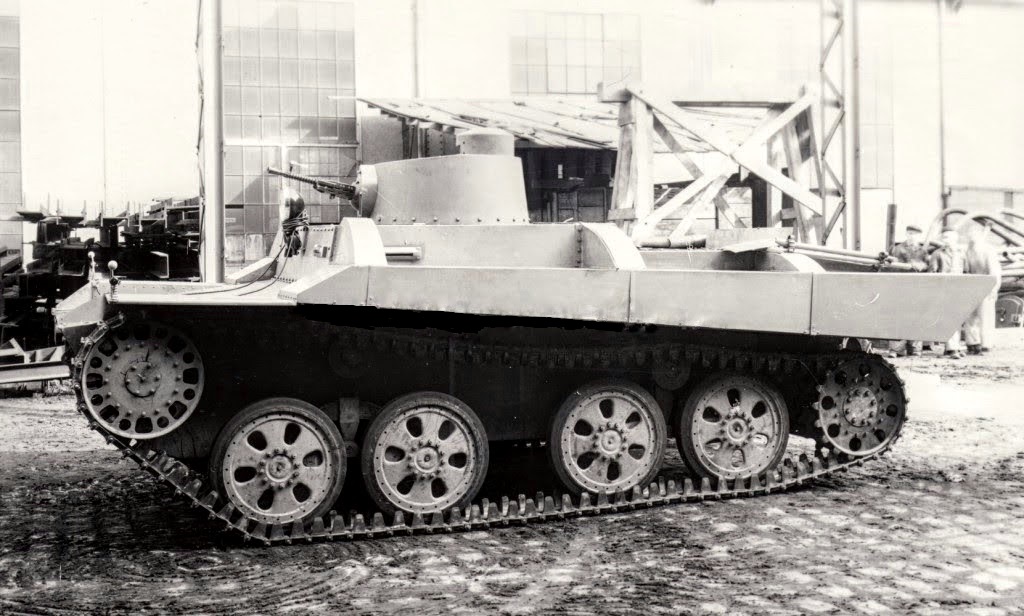 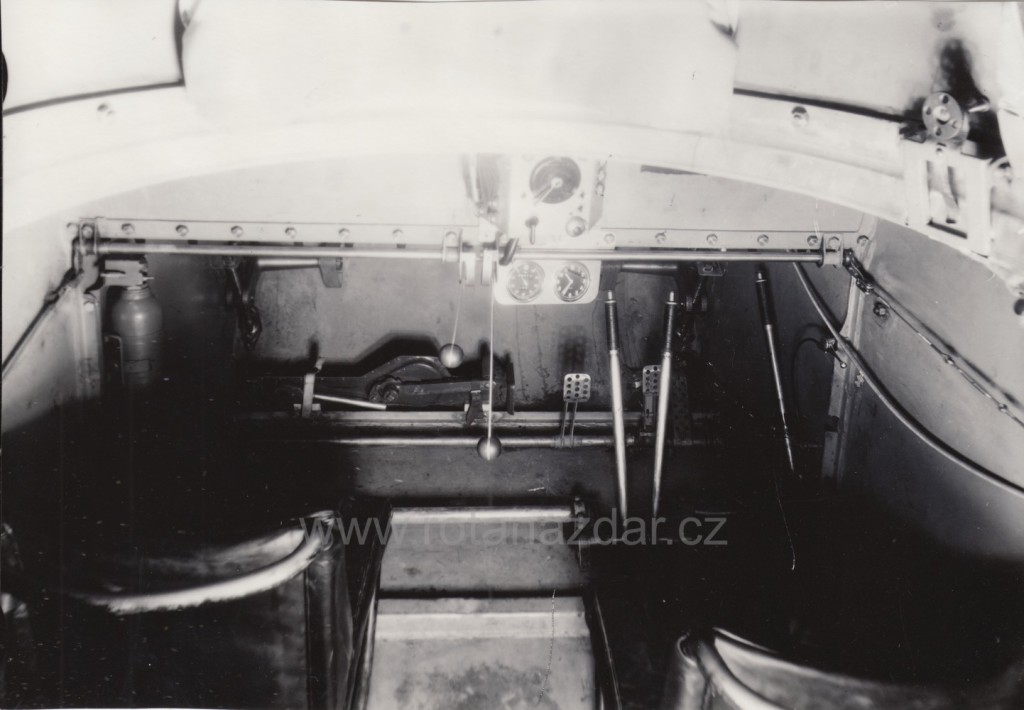 F-IV-H front interior. The driver sat to the right and the radio-operator to the left. Photo: rotanazdar.cz
The chassis was a heavily modified version of one used by the famous LT vz. 35 tank. Power was distributed through a Praga-Wilson gearbox with four road wheels and two return rollers on each side. The engine was a Praga F4 water-cooled 4-cylinder producing 120 hp at 2200 rpm. Two propellers were mounted at the rear of the vehicle and connected to the drive axle. The armament consisted of only a 7.92 mm ZB-37 machine gun, located in the turret. Frontal armour was 14 mm thick and the top and bottom armor plates were 7 mm thick.
The differences between F-IV-H prototype I and II were minor, with the II having a slightly modified turret, a lifted cupola, a better cooling system, a redesigned floating system and a new exhaust system.

At the end of 1939, offers were sent to Sweden, Persia and the Netherlands. The export model received the designation F-IV-HE and was described as a fast and easily manageable combat vehicle. The armor could withstand bullet fire, even at a distance of 100-150 meters. It was suitable for both terrain or water maneuvers. The factory also stated in the offers that 20 to 25 units could be delivered per month within a maximum time span of five months.
Of the three contacted countries, only the Persian War Ministry and General Staff showed interest. In April 1940, a technical description with additional photographs was sent and further communication took place via Berlin. It was assumed that Persia would buy around 200 vehicles, including a few F-IV-H vehicles. In the end, Persia ordered only twenty vehicles and this order didn’t contain the F-IV-H. It is possible that this is due to a lack of interest of the Persian War Department, but it’s more likely a result of a restriction from the German department. Later on, a new offer was sent to Argentina, but they showed no interest either.

Despite the efforts of the engineers, the F-IV-H was not a successful project. The Czech army was skeptical about it because of the long delivery period and when it was tested, it did not perform as planned. Although the German continuation of the project the vehicle was still not suitable for combat and in the early stage of the war already outdated. Both prototypes were scrapped during the war. 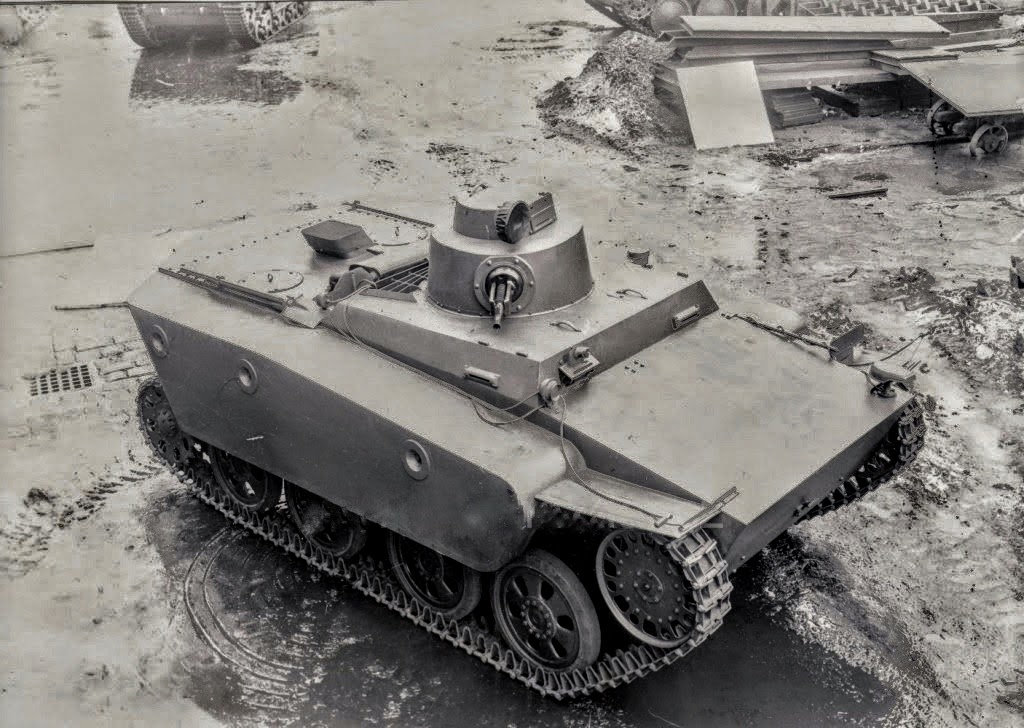