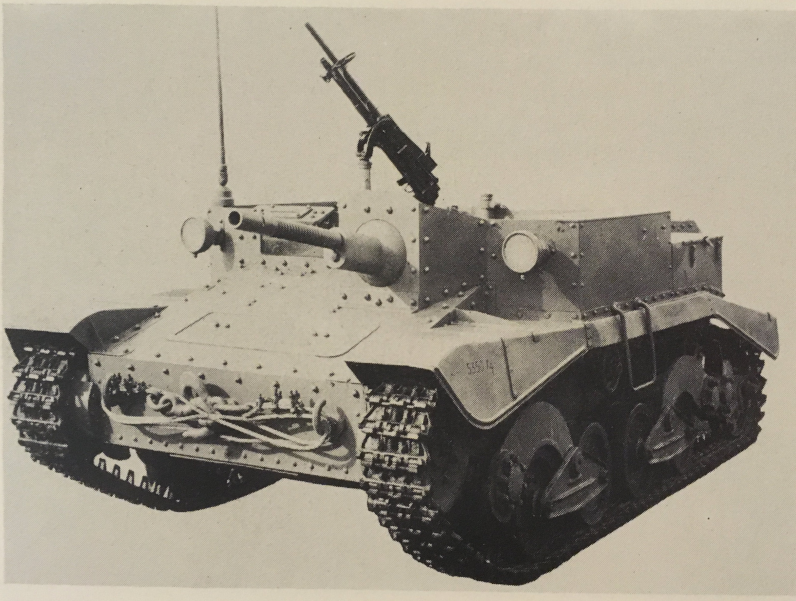 The final version of the CVP-5 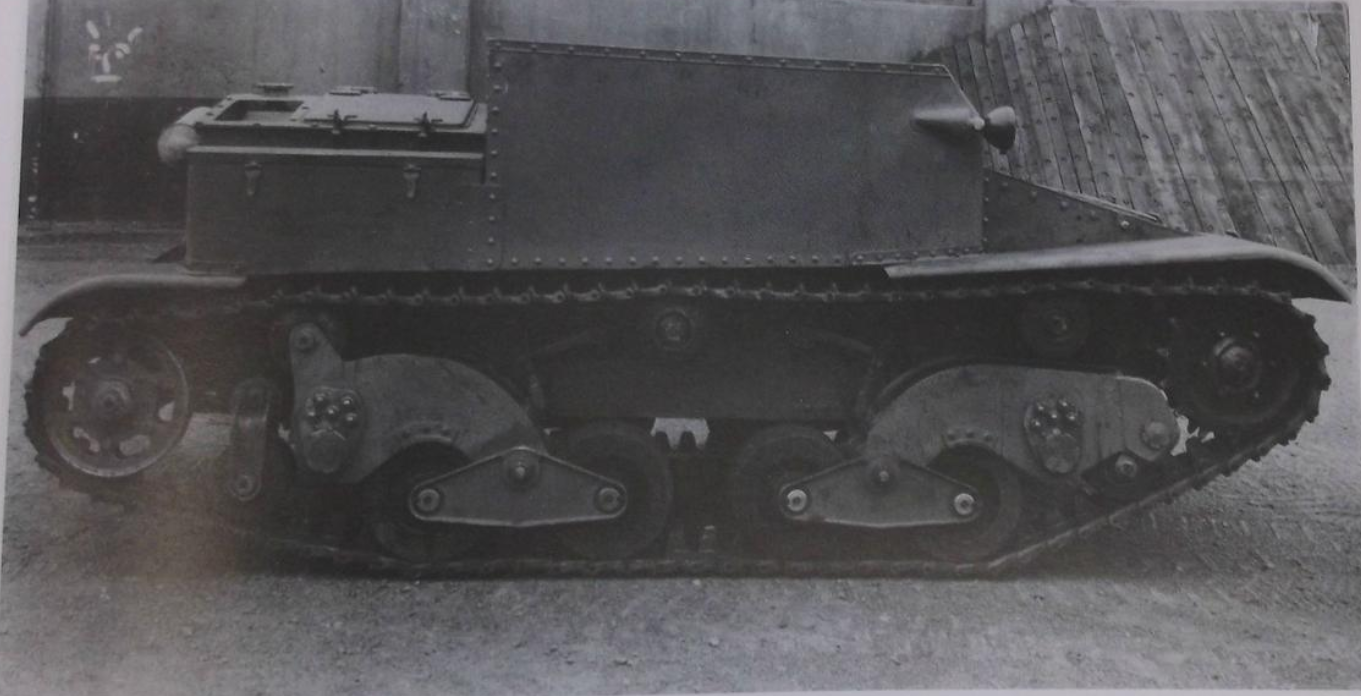 A prototype of the CVP-5 developed prior to the War based on the standard L6 light tank. Source: Pignato

Front view of the CVP-5 with 8mm Breda (left) and 13.2mm Breda (right)
Prior to the war, Ansaldo had actually developed a variant of their L6 tank as a tractor with a box-shaped body but without a roof or turret.

Having turned their backs on their traditional British allies and going to war with them in the North African desert, the Italians once again found themselves able to examine British equipment. Not purchased this time, but captured. One of the most notable vehicles captured was also one of the most widely produced armored vehicles ever, the ubiquitous ‘Universal Carrier’. Various types were captured in the Western Desert and returned to Italy in 1941 for examination and testing. As a result, two Italian vehicles were spawned, the CVP-4 and the CVP-5. In a secret memo dated 24th May 1941, amongst other studies being conducted for light armored vehicles and personnel carriers, was a comment questioning whether a vehicle such as the British Universal Carrier would be appropriate.
The CVP-5 was based on the chassis of the L6/40 light tank and was proposed to the Army in 1941, with just a single 8mm ball-mounted machine gun fitted to the front on the left-hand side. This vehicle could carry a crew of four (driver, gunner, and two others).

1st and 2nd pattern ammunition trailers made by Viberti for the CVP-4 and CVP-5
The Army, however, was not convinced by the idea. The L6 as a prime mover/tractor was just too small and the towing capacity was below par. In this configuration, it could only carry a load of 400 kg which then reduced the crew space to just 2 men. Its only use was for hauling light field guns such as the 47mm L/32 or small trailers, but it was at least fitted with an RF 1CA radio for coordination.

A new version equipped with the more powerful 13.2mm heavy machine gun and a second machine gun, an 8mm Breda Model 38 on a pedestal mount, was prepared between December 1941 and February 1942. It was also fitted with radio equipment, specifically the RF3M, and was submitted for trials to CSEM (Centro Studi ed Esperienze della Motorizzazione) on 2nd February 1942. At the same time another vehicle, the CVP-4, was also under development and oddly it was decided to wait until the CVP-4 was finished to test against the CVP-5, unduly delaying testing of the CVP-5. 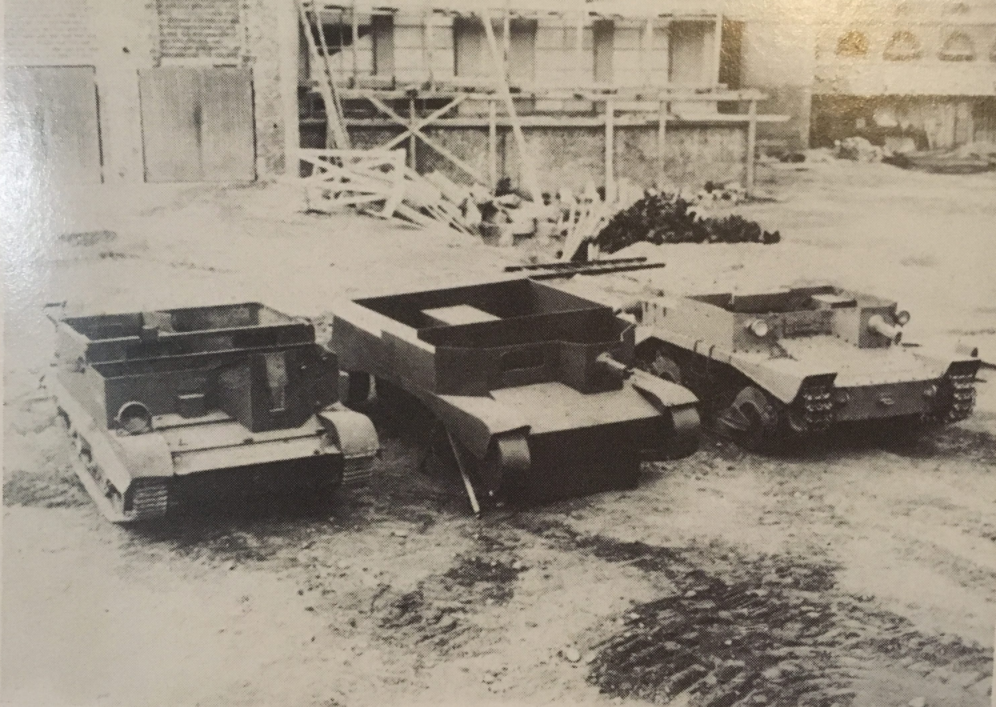 Captured Bren carrier on the left with the CVP-4 centre and CVP-5 on the right. Image date December 1941. It can be seen that the CVP-4 is not yet ready.

The CVP-4 was not delivered until December 1942, meaning a delay on 10 months. Perhaps annoyed at the ridiculous delay in obtaining a functional vehicle from Fiat (CVP-4) to test against the CVP-5, Ansaldo conducted a study of the CVP-5 mounting an Oerlikon 20mm L/70 cannon and even obtained a license to produce it.
These completely unnecessary delays meant that production was very slow with just 12 vehicles produced by the end of summer 1943. These vehicles were all issued to the Cavalleggeri di Lucca motorized regiment, where they were used for towing ammunition trailers for the Semovente 75/18 self-propelled guns. Each trailer could hold 98 rounds of ammunition. 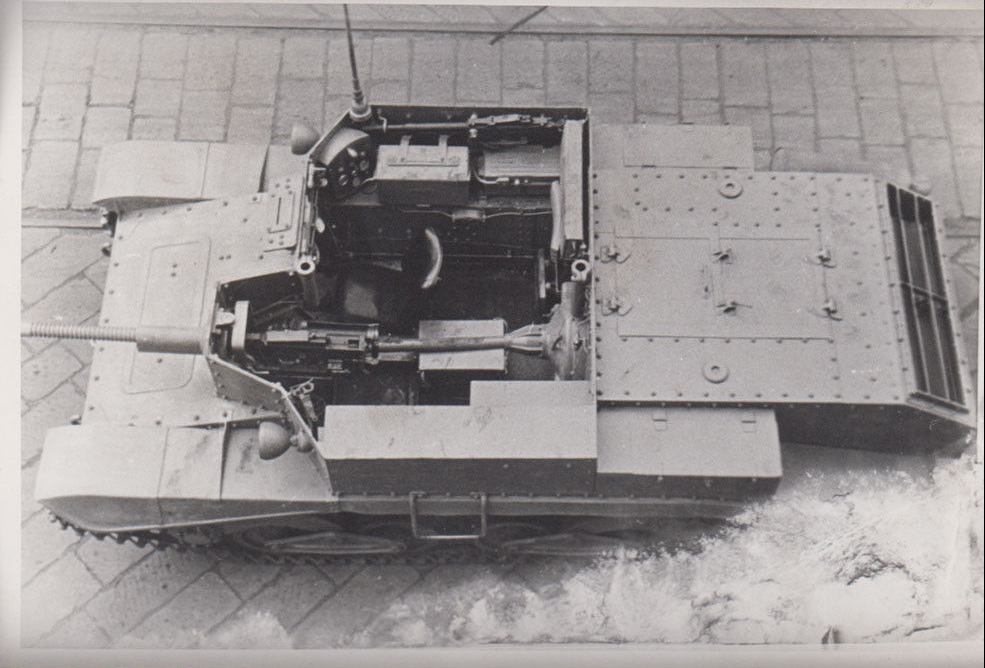 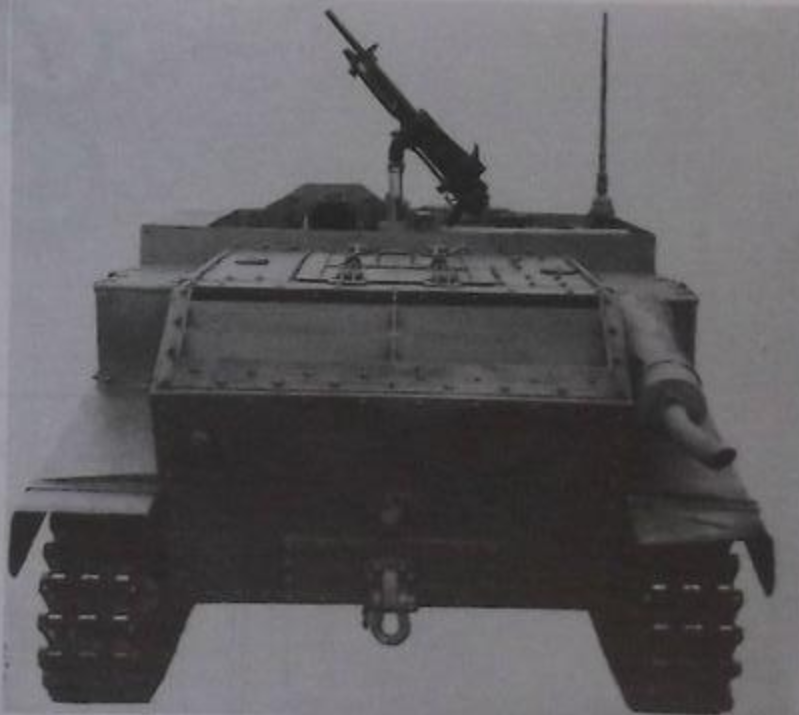 Only a small number were produced by the end of August 1943. These new vehicles were fitted with the improved SPA 6 cylinder 100hp engine which had been intended for use in armored cars and the transmission was modified to permit high-speed use. With such a small number produced just prior to the armistice, their use was limited to the role of ammunition carriers. Not much information remains of their use in combat or in the hands of the German forces, Repubblica Sociale Italiana (RSI), or partisan forces. Production was stopped and focussed on other matters, as the military value for such a vehicle by that time in the war was too low to warrant disrupting tank production.

Prototype CVP-5 fitted with 8mm machine gun. The radio has not yet been added.

CVP-5 showing improved front armament, but lacking the 8mm AA machine gun. The small size of the vehicle can be discerned from the size of the CV3 behind.

Also, “Cingolette” probably refer to multiple vehicles, a single one could be “Cingoletta”, but that’s only a guess. And Cingoletta would be capitalised as it’s the vehicle’s name (like M1 Abrams, or Tiger tank). Again, Italian grammar rules 🙂