The BMP-3 was the last Soviet-era infantry fighting vehicle (IFV) produced following the BMP-1 and BMP-2. With roughly 2,000 produced, it remains in service today with a number of different operators. They are by far the most capable of the whole BMP lineage with a main armament equal to that of a medium tank. In fact, their main cannon is equivalent to the one sported by the T-54/55. Although much costlier than earlier models, the BMP-3 set a whole new level in IFV design in the 1980s. It had an unconventional layout and 17 variants emerged. The BMP-3 first saw active service in the first Chechen war and Saudi Arabian-led intervention in Yemen. Aside from Russia, it is operated today by 11 other countries, with proposals for more. Its planned replacement is the Armata-based Kurganets-25 (revealed in 2015). 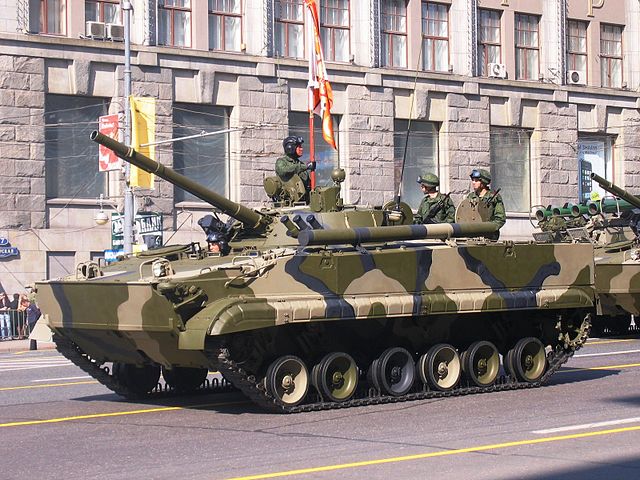 Design of the BMP-3

The hull of this new BMP-3, made of high-strength aluminum alloy, has a new configuration compared to previous designs. Its unconventional layout has the engine placed in the back right position unlike most IFVs (typically in the forward left position). The driver therefore sits in the centre together with two infantrymen. Five additional infantrymen are seated aft of the two-man turret. The bottom of the BMP-3 has a double hull and the engine is squeezed under the floor of the vehicle. Troops can exit the vehicle from the rear, literally running over the engine. The outside of the vehicle has firing ports and vision blocks, the vehicle carries an R-173 transceiver and R-173P receiver.

Armour is provided by an extra steel plate welded over the aluminum hull and turret, and the spaced armor procured by the trim vane, as like previous IFVs. The turret is also provided with a thick steel spaced armor shield over its frontal arc. Protection against 30 mm gun rounds at about 200 m is assured at the front, machine gun rounds elsewhere. Another interesting feature in passive protection consists of the self-sealing fuel tank being placed in front of the driver, and directly behind the front armor plating. This is built to act as extra armor, most effective against shaped charge warheads, and auto-cannon shells that penetrate the frontal armor. The standard weight of the vehicle is 18.7 tonnes but reaches 22.2 tonnes with all the add-on armor panels mounted. Equipped with such a kit, the vehicle is immune to 12.7 mm machine gun rounds at a range of 100–200 m. 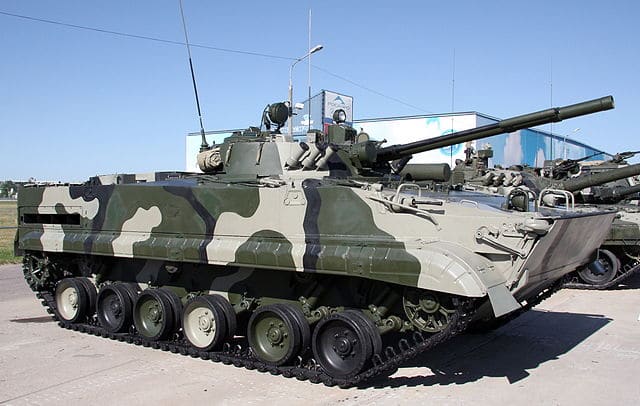 Two sets of explosive reactive armor kits (ERA) are currently available: The Kaktus ERA kit (minimal acoustic and kinetic backlash to the armor behind it upon detonation) and additional side armor tiles immune to .50 caliber armor-piercing ammunition at close range, plus side protection from autocannon fire. Other optional equipment includes the Shtora electro-optical jammer disrupting Semi-automatic command to line of sight (SACLOS) anti-tank guided missiles signals as well as laser rangefinders and target designators.
For active protection, the BMP-3 possesses two banks of three 902V “Tucha-2” 81 mm smoke grenade launchers. Each vehicle can also lay its own smoke screen by injecting fuel into the exhaust manifolds. The protection kit also includes a chemical agent detector, an FVU filtration system, and automatic fire extinguishers for the main and engine compartments, plus the usual collective nuclear biological and chemical (NBC) protection system.

With a low-velocity 2A70 100 mm rifled gun, the BMP-3 outmatches most IFVs in service by caliber. The main gun can fire conventional shells but also (and most importantly) 9M117 ATGMs (AT-10 Stabber) which compensates for the lack of muzzle velocity. The gun elevates from −5° to +60°. Forty 100 mm-rounds and 8 ATGMs are stored total. The 100 mm gun, already impressive enough, is complemented by a coaxial high-velocity 2A72 30 mm dual feed auto-cannon, capable of 350 to 400 RPM. 500 (300 HEI and 200 APT) rounds are carried. Also coaxially mounted is a standard 7.62mm (0.3 in) PKT machine gun with 2,000 rounds. The hull is also armed with a pair of PKT bow machine guns, each with a supply of 2000 rounds. This makes the BMP-3 certainly the most heavily armed IFV in service worldwide. The main command sight allows engagement of targets 5,000–6,000 meters out with the 9K116-3 “Basnya” ATGM. The range drops down to 4,000 meters with HE-Frag 3OF32 shells. The sight includes a 1D16-3 laser designator and two-plane stabilizer 2E52-2 allowing, according to the manufacturer, accurate fire on the move as well as when swimming. 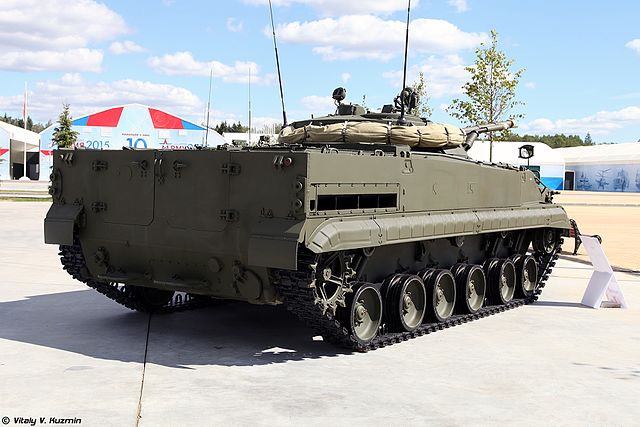 The first batches of the BMP-3s were equipped with the UTD-29, 450 hp engine. Later production series were given the 500 hp UTD-29M. Developed at the Transmash Diesel Engine Plant in Barnaul it provides a range of 600 km (370 mi) for an output of 27 hp/tonne. This is a four-stroke, liquid-cooled diesel coupled with a four-speed hydro-mechanical power unit transmission and with power takeoff for two water jets (single-stage, axial, auger-type). The steering systems use a gear differential with hydrostatic drive. There is also a track adjusting mechanism, remotely controlled from the driver’s station, including tension force indication. Registered top speeds are 72 km/h (45 mph) on road, 45 km/h (28 mph) off-road and 10 km/h (6.2 mph) when swimming. The suspension counts torsion bars on all six double-wheel units and hydraulic shock absorbers. Drive sprockets are at the rear, idler at the front, and the tracks rest on three return rollers per side. As a standard, there is no rubber-type or rigid side skirt protection.
Aside from the fact that the BMP-3 is amphibious, it is also light enough to be carried by cargo planes. 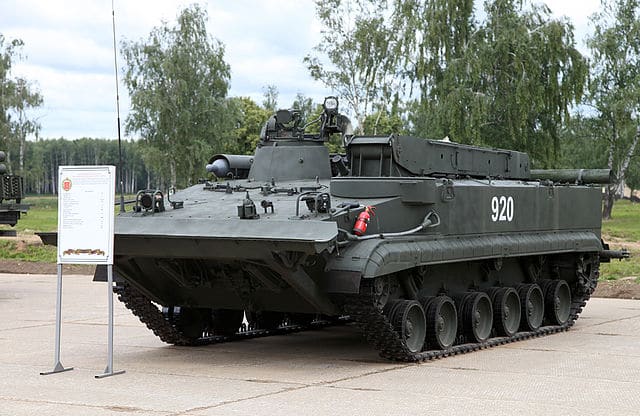 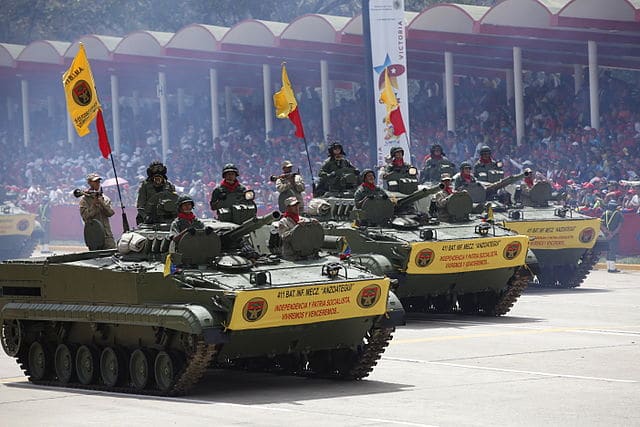 The BMP-3 was first shown in public during the 1990 Victory Day parade. It has been given the NATO code IFV M1990/1. In total, since then, the BMP-3 serial production underwent 1,500 modifications.
The BMP-3 had its nose bloodied for the first time with the First Chechen War. Second notable engagements and combat action were with Emirati forces in the Saudi Arabian-led intervention in Yemen, where it remains actively deployed.
In May 2015, a three-year contract was signed for “hundreds” of additional BMP-3s until replacement by the Kurganets-25 in last stages of development. The BMP-3 is currently marketed by Rosobonexport in two variants: The basic BMP-3 (add-on armour, SOZH-M sighting system, FOV gun stabilizer, Vesna-K night sight) but also the BMP-3F optimized for marine operations. The latter features anti-surge vanes on the turret, and an improved lightweight anti-surge vane for the driver, elongated telescopic air intake snorkel and the Self-entrenching equipment is retired. 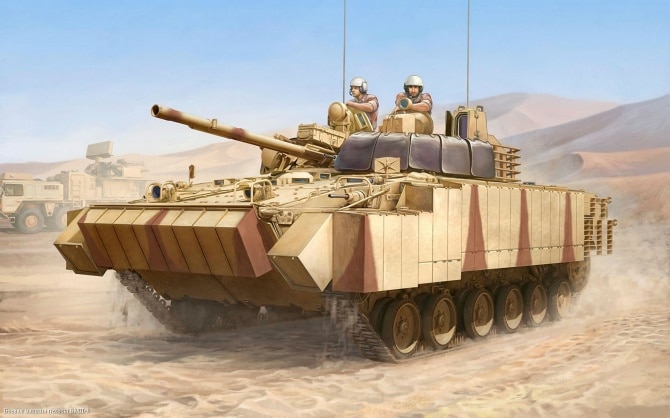 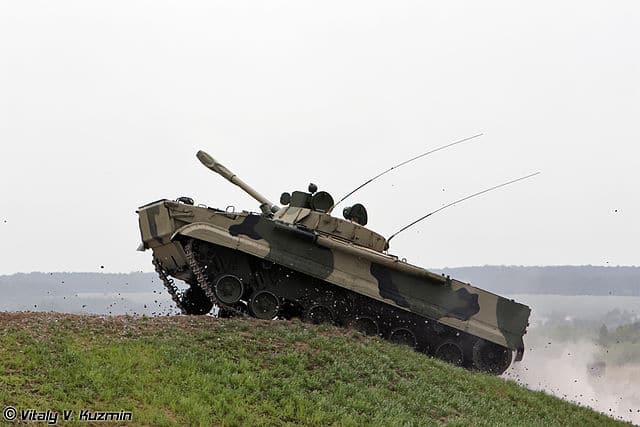 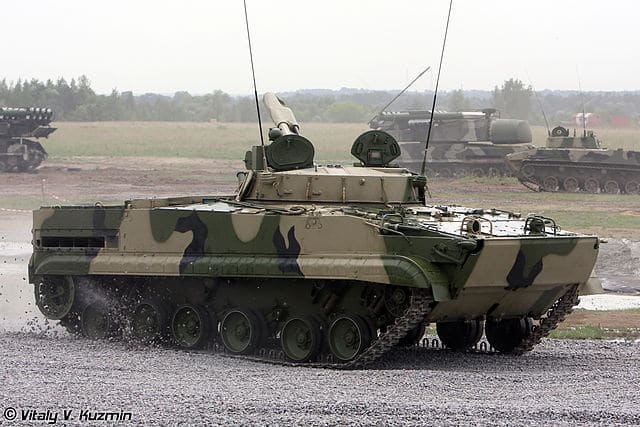 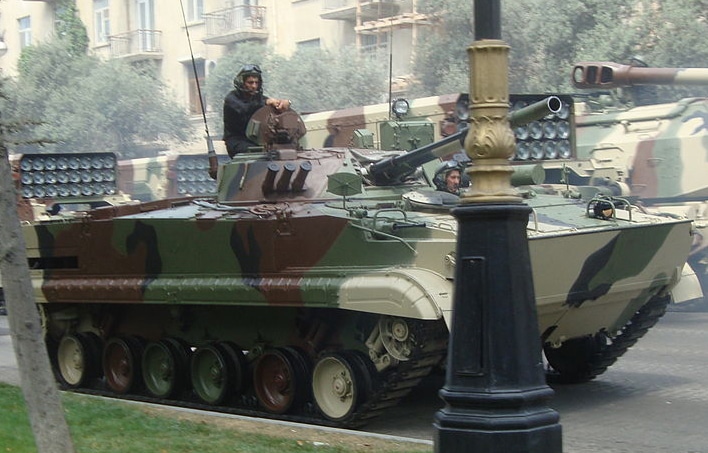 BMP-3 Azeri in a parade at Baku 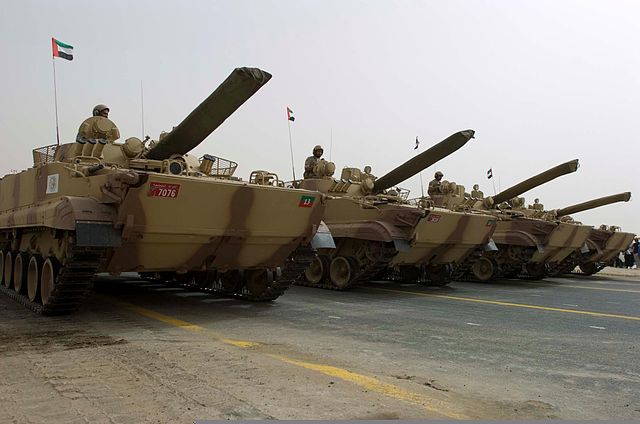 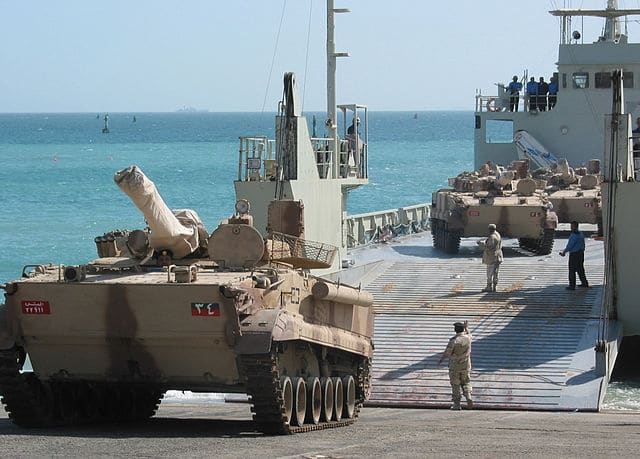 About the Indonesian BMP 3, recently they’re changing the color of the word ‘MARINIR’ from yellow into black.

Venezuela is using some of their units along 80 brand new chinese VN-1 at their Marine Corps
The other units are being used at their Army.