The Carro da Combattimento Leone was developed at a time when the serial production of the Leopard main battle tank was still underway in Italy and West Germany. The need for such a vehicle was born from the strong desire from both Italian and West Germany industry to be able to offer a tank for foreign export, specifically for the Middle-East and third-world markets.
OTO Melara had already been heavily involved in the serial production of the American designed M60A1 main battle tank (MBT) and had also worked on various upgrades to the M47 Patton. Those M47 were to remain in service in Italy until production of Leopard was completed and fully in service with the Italian army. The first information about this new project came out in 1976. The project started in 1975 as a consortium was formed from Krauss-Maffei, Blohm and Voss, Diehl, Jung-Porsche, MaK, Luther-Werke, OTO Melara, Fiat, and Lancia with the single purpose to construct a cost-effective tank for export. Namely, a cost-effective version of the Leopard. 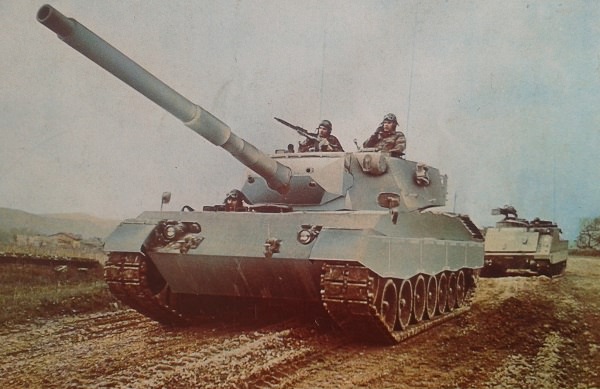 Artwork advertising the Leone Main Battle Tank (It is a retouched image of a Leopard 1). Photo: Caiti

A Consortium is Formed

In Italy, this project was initially known as the ‘Leopardino’ (“little leopard”) and then as the Leone (Lion). The split for manufacturing would be 50-50, with the hull, engine, transmission, and running gear made in Germany and the turret, armament, and electrical equipment by the Italians. Assembly of all of these components was to take place at the OTO-Melara plant at La Spezia with the goal of having a functional prototype by March 1977 and the goal of serial production pending orders for 1978 and beyond. It is unusual that the turret, bearing a striking similarity to the new Leopard 1A3 turret from Germany would be made in Italy just a few years after the development of it had started, in around 1973.

The hull was essentially that of the Leopard 1 but it was tropicalized, optimised for use in hot, dry, dusty conditions with improved ventilation and filtration systems. With improved cooling, the tank could operate in temperatures of up to 50 degrees Celsius. Like the Leopard 1, the hull was made from welded rolled homogenous steel armor plate. The distinctive angular rippled side skirts from the Leopard 1 were retained for the Leone.
The turret, like that of the Leopard 1A3, was also made from welded rolled homogenous steel armor and featured spaced armor across the front arc for additional protection. The only major difference in the turret was the traverse system. The Leopard was using the Cadillac-Gage electro-hydraulic system but the Leone was instead to use a new, cheaper, and less complicated Swiss system 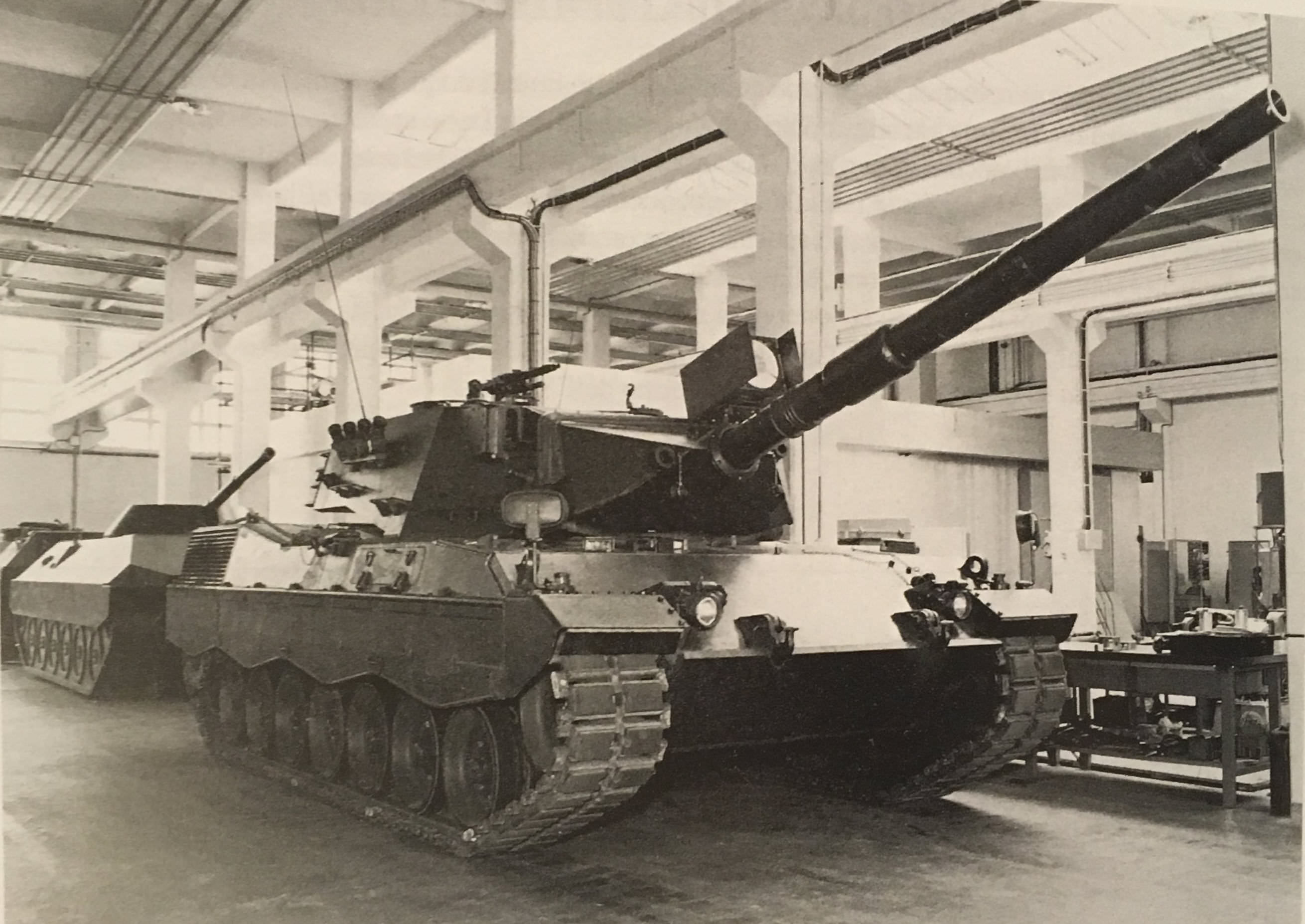 The Leone was fitted with a 105mm rifled main gun made by OTO-Melara which would have been capable of firing NATO standardized 105mm ammunition. Based on the fact the sights of the OF 40 MK.1 were only graduated for Armor Piercing Discarding Sabot (APDS), High Explosive Anti-Tank (HEAT), and High Explosive Squash Head (HESH) and that the OF 40 was heavily based on the Leone it is likely that only APDS, HEAT, and HESH were to be the primary ammunition types. The number of main gun rounds carried is not known but if compared to the OF 40 Mk.1 which followed this design closely it is likely to be 19 rounds in the turret and 42 rounds in the front left of the hull next to the driver. A coaxial machine gun was fitted, likely 7.62mm caliber and a mounting point on the roof for an additional machine gun for anti-aircraft defense.

The engine and transmission were to be German although Fiat had a contract for the license construction of the German engine for the Leopard. This would be a version of the Motoren und Turbinen Union MB 838 CA M500 multifuel engine which was supercharged to produce 830hp at 2200 rpm producing 19.3 horsepower per tonne. 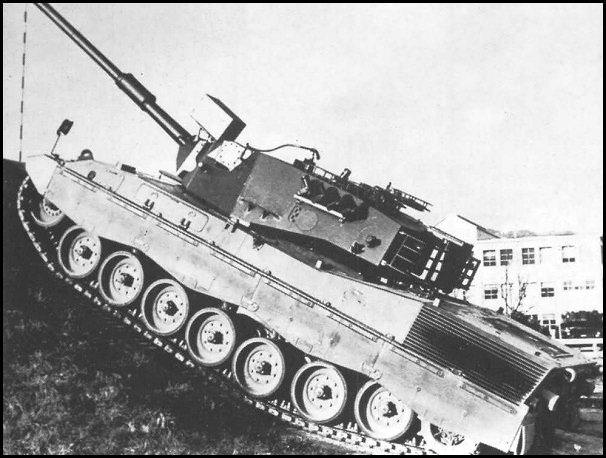 The Leone was a perfectly good MBT at the time and was effectively a license-built Leopard 1A3 made in Italy for the sole purpose of obtaining export orders for both German and Italian industries. Why the sales did not materialize is hard to gauge as the Leone does not appear to have been offered widely for sale. The only interest from an export point of view had come from a delegation from Pakistan who was looking at modernizing their own tank fleet at the time. Machinations over export controls and the price of the tank are most likely either together or combined to have killed it off. No serial production ever took place and only the single prototype was ever completed. The whereabouts of the vehicle are unknown.
The project though reappeared by 1980 as the OF 40 project, a collaboration between OTO-Melara and Fiat. The lack of major German involvement in the OF 40 (the engine for the OF 40 was still a German engine but built under license in Italy) suggests that the reason the Leone project failed was that the Germans pulled their support. With no German support, the Italians would not be able to export the Leone on their own as their Leopard manufacturing license specifically prevented them from doing so. The outcome was a delay of a couple of years for the project to be reworked with a newly designed hull with very similar features but different enough to work around the license restrictions. The OF 40 would still look very similar to both the Leone and the Leopard but this time was an Italian project. 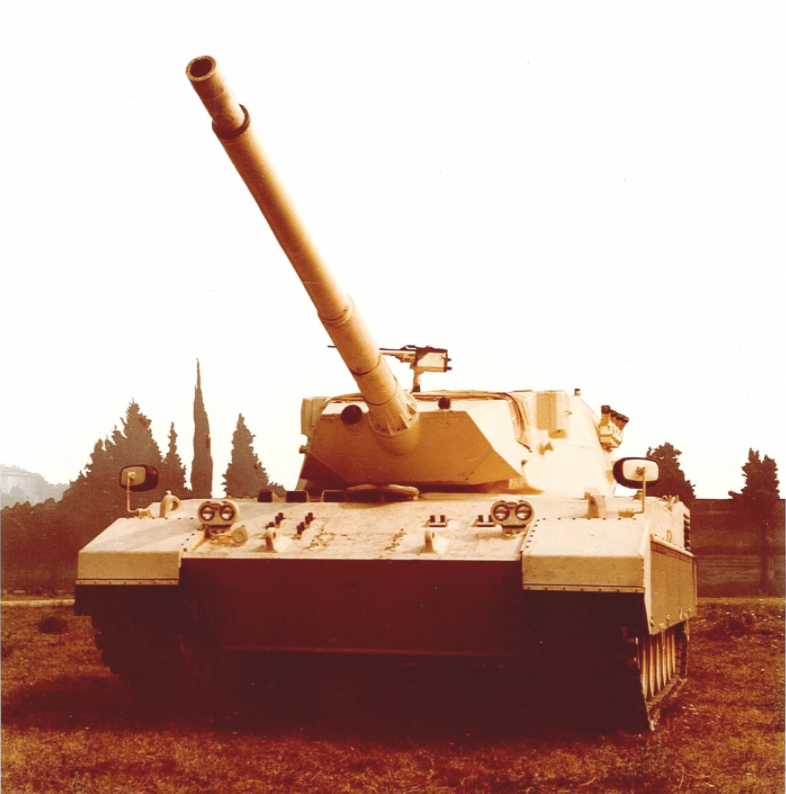 Illustration of the Leone by Tank Encyclopedia’s own David Bocquelet

‘Italian project’ is a wild statement. The OF-40 was an upgrading of the Lion/Leone, as well a tropicalized version of the Leopard 1. The Italian Army evalued it but rejected it as it was just a modernized Leopard, that was already in service.
So the OF-40 was basically just a clone, with the same mech of the Leopard, included the trasmission and probably the suspension. The only real difference were the vertical sides of the hull.

Did the Lion MBT have an air-conditioning unit installed in it? I would hope so, as it’s intended AO was the Middle-East.