From AFV to tank

Despite the lack of successful orders for the APC/AFV version of the Cobra, the ACEC Cobra’s powertrain was successful and compact enough to warrant a further attempt to enter the armoured vehicle market, this time in the light tank category.
In order to make a tank which was still as small as possible but capable of packing a big punch ACEC redesigned the Cobra hull. This was the final version of the hull produced and involved a complete rearrangement inside although the wheels, track and suspension arrangement remained the same. The single driver was now located centrally where the engine used to be and the engine and motors were moved to the back of the vehicle in a conventional arrangement for an unconventional tank. It still retained the electrical transmission meaning it was still very light and had excellent acceleration but now came in a light tank, and a reconnaissance version.
The reconnaissance version was known as the Cobra 25, with a crew of 3 men, 2 of whom were in the turret. The weight was still under 10 tons and mounted the 25mm Oerlikon KBB cannon (25 x 181) and a secondary 7.62mm machine gun in the turret along with an OIP/SCS-5 x 8 periscope each for the commander and gunner, a x8 night sight for the gunner and a x6 night sight for the commander. The cannon was able to be elevated to 60 degrees allowing this vehicle to double up in the air defence role as well. This very adaptable design too sadly received no orders. 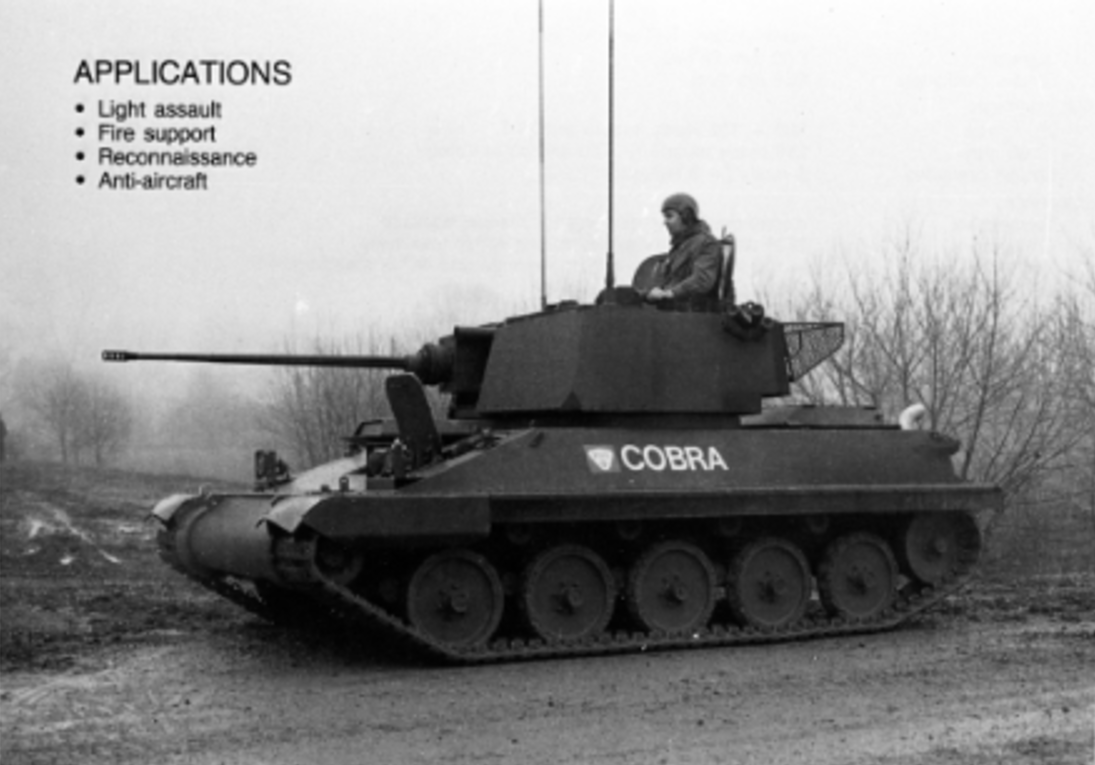 tACEC Cobra 25 fitted with the Cockerill C25 turret
A final turret, the 2 man (gunner on the right and commander on the left) AK90E was designed by ACEC in around 1984 and was fitted with a 90mm MECAR/KENERGA main gun, capable of firing a full range of 90mm ammunition including APFSDS type rounds, and a secondary 7.62mm machine gun. It was also capable of fitting the Cockerill Mk.7 90mm gun.
The turret was intended to be available for other vehicles as it weighed just 2,600kg but never received any orders. Made from armour steel welded all around, the front could withstand armour piercing 7.62mm ammunition at 500 metres but the sides and rear were rated only for 7.62mm ball. The main armament could be elevated from -10 to +25 and the turret could complete a full rotation in about 28 seconds.
Marketed correctly as a ‘deadly threat to battle tanks’ ACEC had produced a very light, innovative and simple package ideally suited to the export market especially as it was under 10 tons in weight. 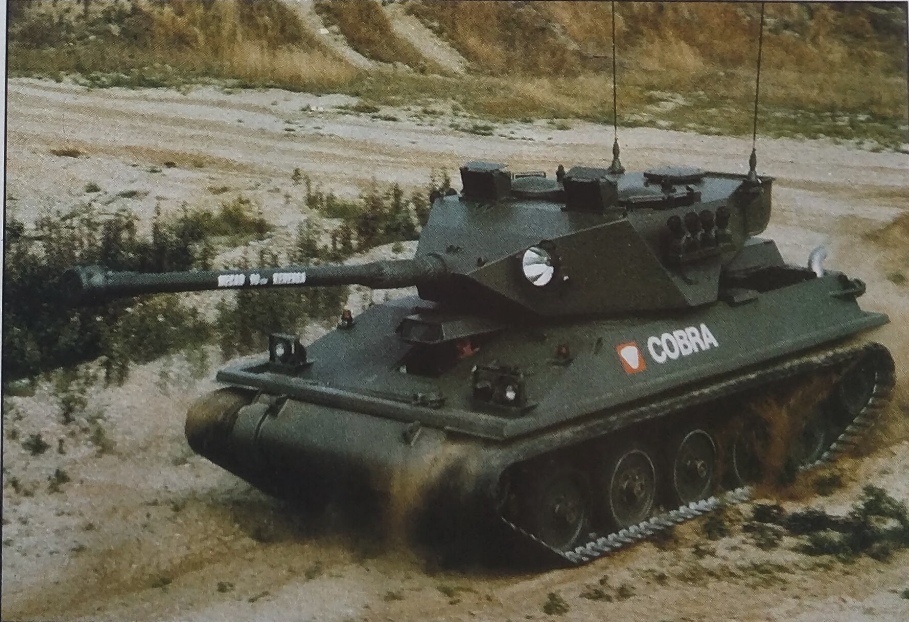 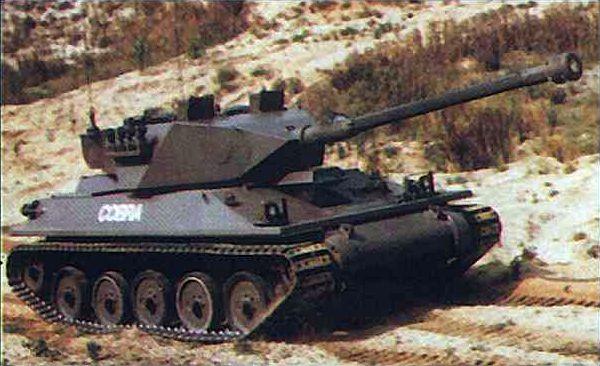 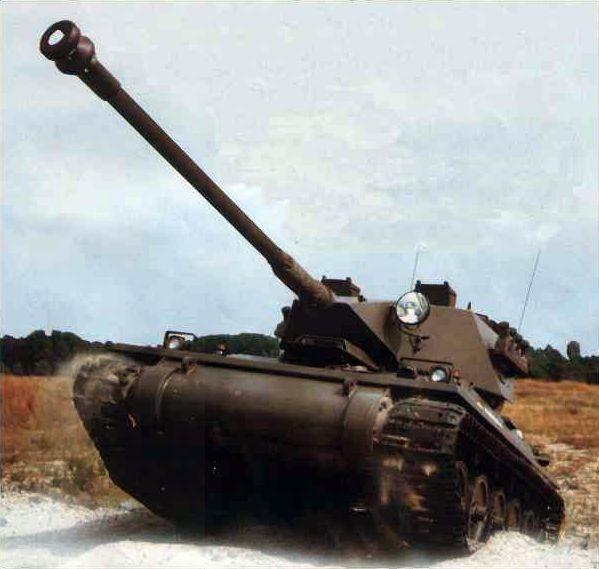 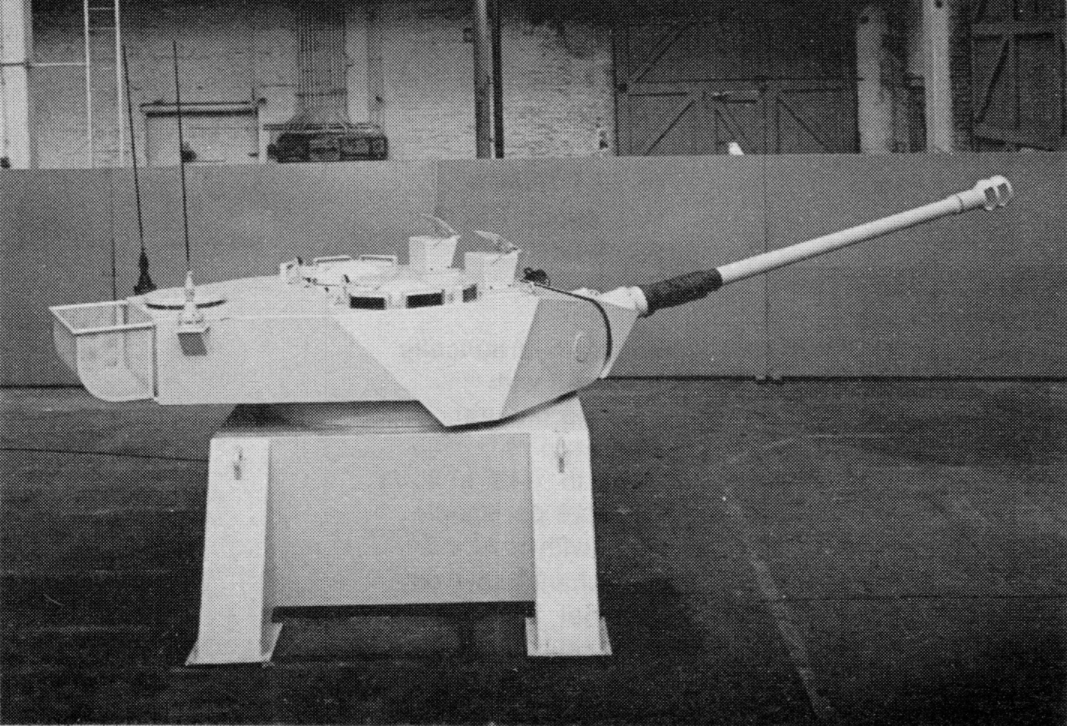 ACEC AK90E electrical turret (smoke dischargers not fitted)
There were only a couple of other modifications to the ACEC Cobra 90 hull. The original driver’s hatch featured a single large front view port  on the hatch which opened in a manner similar to the Soviet T-34 of WW2. This was modified later with additional side view ports on the hatch as can be seen on the surviving vehicle. This hull also had optional side skirts which could be removed too. The turret is sometimes seen with a large spot lamp which could be mounted on either side of the gun. 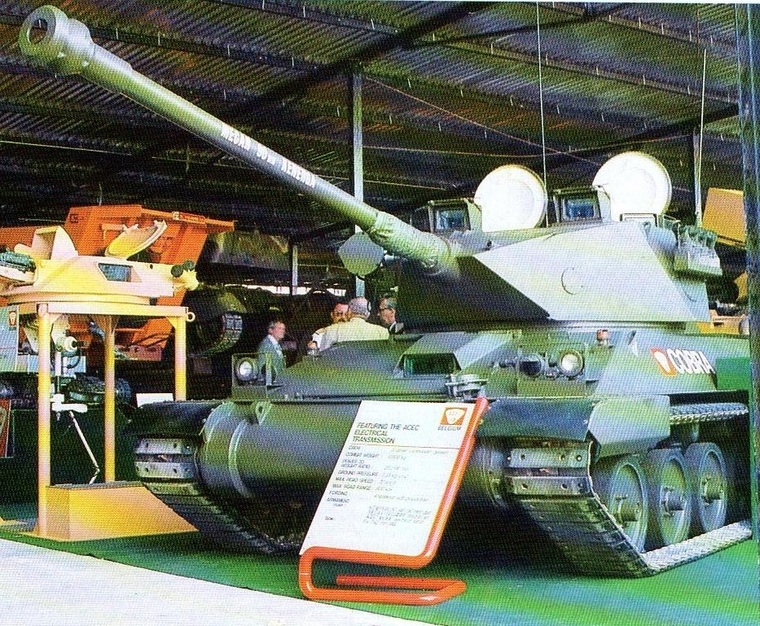 ACEC Cobra 90 showing early single viewport drivers hatch, the optional side skirts raised and no spot lamp on the turret. 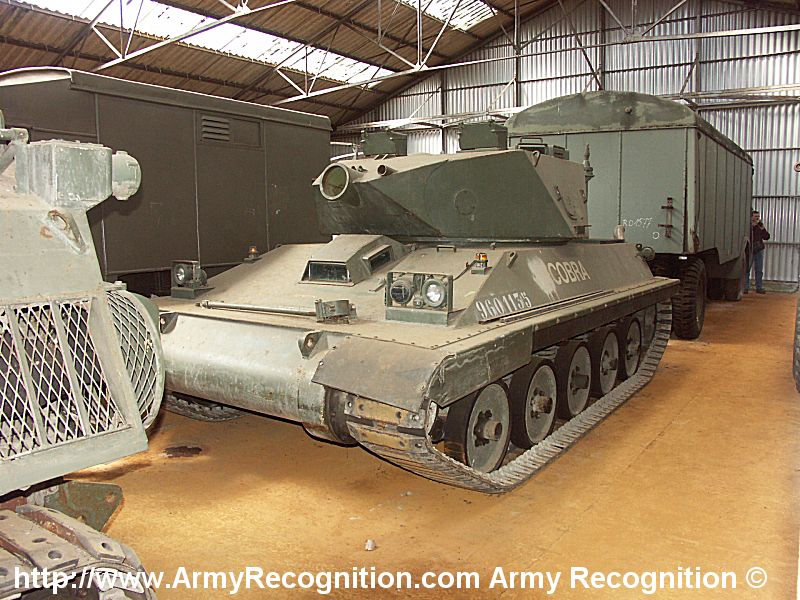 The ACEC Cobra was a highly innovative vehicle, it just came at the wrong time. By the time it was ready for production there were already plenty of competitor designs for an AFV/APC and even light tank. The electrical drive system was probably off-putting for many mainly traditional buyers of arms unwilling to consider that it might be better than what they may have been used to. The Cold War ended not long afterwards too meaning a huge reduction in conventional forces in Western Europe and a glut of surplus equipment on the open market killed off what was a very promising line of development as the parent firm was sold off. With it died the prospect of a full range of variants based on this design such as the Cobra Command Post, Ambulance, Cobra Engineering vehicle, and Cobra Mortar Carrier fitted with a 120mm heavy mortar.
It is perhaps ironic that many of the features of the Cobra are once more being investigated to solve the same problems of reducing size and weight from rubber tracks to electric drive. Even the choice of the RCDU was ahead of its time with remote weapons stations common now.
The Cobra 90 tank is reported to have been shown at an international arms fair in Kuala Lumpur in about 1985 giving an indication as to the potential markets being sought but despite the advantages this design offered over its contemporaries it too failed to secure any orders. The Cobra tank prototype thankfully survives at the Belgian Tank Museum, Kapellen along with the APC versions, although the 90mm gun has been removed from the tank. The ACEC Cobra, be it the APC or the tank variant, might not originate from the most well known European tank making nation but the designs were well planned, well executed and well reviewed. Sometimes it doesn’t matter if you are better and cheaper than your competitors and the Cobra today is almost forgotten.