In the 1970s, the Swedish government began working on a project to find suitable replacements for their armored vehicles and to develop new technology for armored vehicles. The project was called “Underlagsgrupp Direkt Eld Stridsfordon” or UDES, which can translate to “Basic Data Studies Group Direct Fire Combat Vehicle”. The idea was to test several new ideas for armored vehicles from within Sweden, as well as to test vehicles designed in other countries and compare their capabilities as a fighting machine in order to decide what would best meet the needs of the Swedish military.

The FMV (the Swedish defense material administration) contacted the companies Bofors and Hägglunds to produce a light armored vehicle with certain specifications. It was to be cheap, have a turret but maintain a low profile, weigh about 20 tonnes, share parts with existing vehicles, have 10° of gun depression, and be armed with a 105mm gun with an autoloader. Both companies were to submit several designs and the FMV would choose the best.
Bofors came up with the UDES 14-2, and Hägglunds designed the UDES 14E. In 1974 these two projects were re-designated into UDES 15 and UDES 16, and were then combined into the UDES 15/16. For production, the chassis was planned to have hydraulic suspension which would be used to increase the depression of the gun to -10°. Technical drawings, as well as a full scale mock up, were completed, but it is unknown if a turret was ever actually produced.
This vehicle would have been intended for a fast highly mobile anti-tank role. The armor on the chassis would have been minimal, while armor on the turret would have been somewhat thicker.
This vehicle would not have been intended to take enemy armor head on, but instead be able to strike enemy vehicles and move quickly thereafter to avoid being hit in return.

It was decided to mount the UDES 15/16 turret on an Ikv 91 chassis to test its performance on an already existing platform. This vehicle would be called the UDES 15/16 Tornrigg, or TR. The main differences are that it would only have had -5° gun depression as it would not have had the hydraulic suspension planned for the UDES 15/16 chassis, and that it would lack the rear ammunition storage bins. It is very unlikely this vehicle made it past the design stage.

It is unknown what happened to this project. All that is known for sure is that the UDES 15/16 TR was never put into production. The Swedish military probably learned a lot from the UDES projects, and these designs probably had a large influence on future military vehicles developed within Sweden. 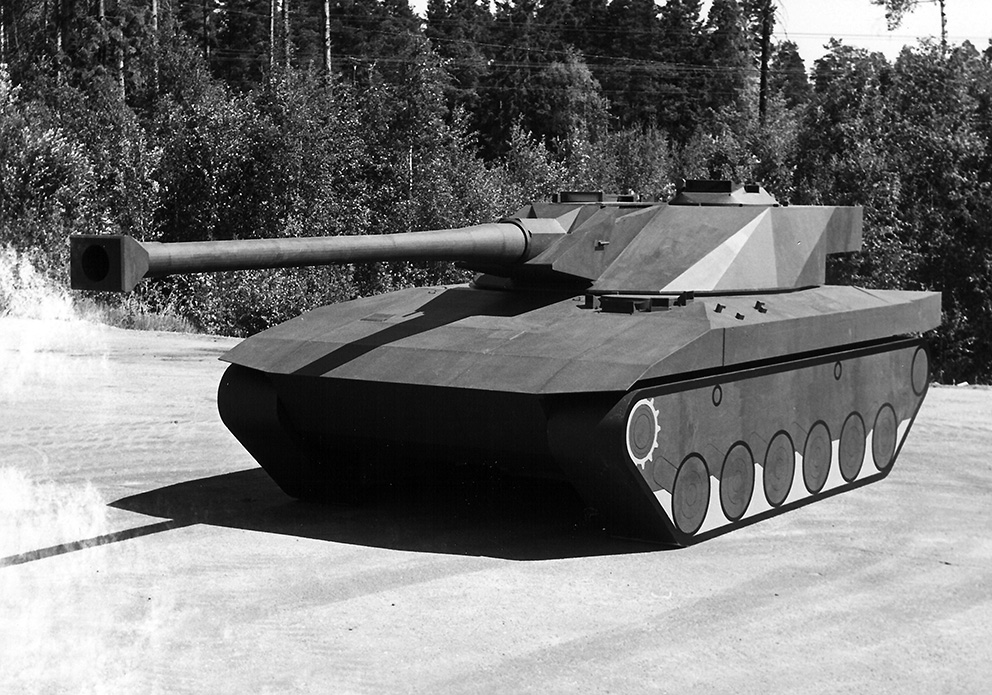 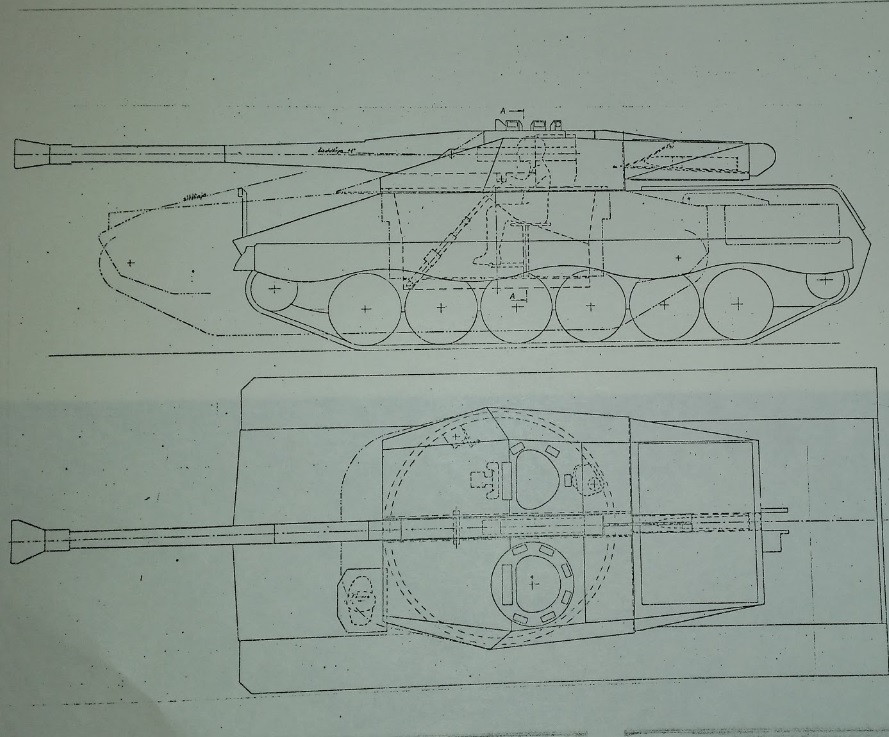 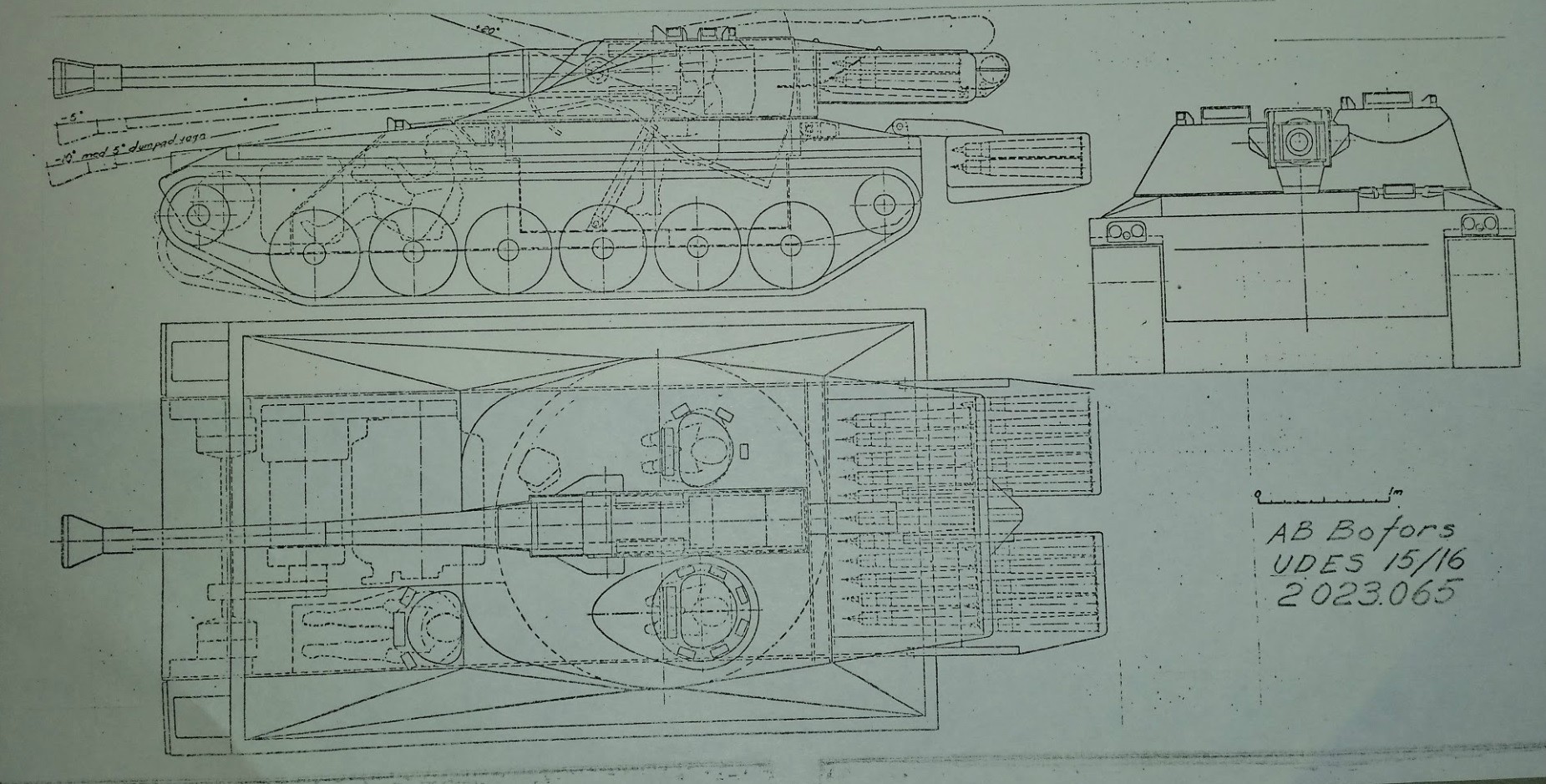 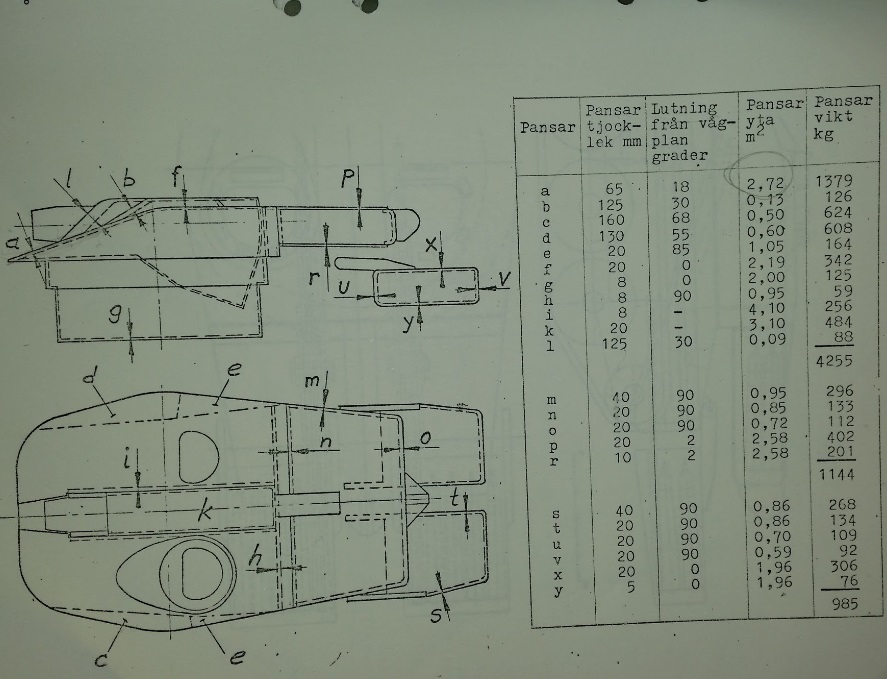 “Underlagsgrupp” is better translated into “decision basis / basic data studies group”, as their conclusions will be the foundation for upcoming decisions.