Since being brought into the limelight by World of Tanks, the PRC’s heavy tank designs have become very popular. With sketchy information, and dubious recreations, it is often hard to tell fact from fiction. Many Chinese prototype vehicles were reportedly destroyed during nuclear testing (and whilst tanks were tested in blast zone conditions, it is perhaps unclear if any vehicles were actually destroyed), but the WZ-111 survived this period of nuclear testing and stands today at a museum in Beijing. Very little is known about the vehicle’s history, seeing as though access to Chinese archives is highly restricted (similar to the restrictions on Kremlin archives during Soviet times), and known information may not be as accurate as it seems.

According to reported information, on October 19th, 1960, the order to create a heavy tank was placed by the Commission of Science, Technology, and Industry for National Defense. Between 1960 and 1964, various plans (of which, there are no apparent descriptions available) were created with at least one major revision to the overall design. In any case, the final plan was ready on June 10th, 1964, at the University of Tank Technology, and in 1965, a turretless prototype was made. It was tested with a weighted dummy turret, but problems were found with the suspension.
Later in 1965, a turret and gun were also reportedly produced, but were never mounted on the chassis. It is unknown what happened to the turret and gun, but they were supposedly tested, although the results are not available.
The turret was supposed to feature a 122mm main gun – designated “Y174”. Some commentators have speculated that it may be a tank variant of the Type 60 field gun (itself a copy of the Soviet D-74), with an auto-loader, night vision, and an electric rangefinder incorporated into the overall design.
A 130mm gun was also reportedly planned. This is possibly because progress of the Y174 production was slow, and a stopgap might have been needed, however, details are incredibly sketchy on this development, and may be fictitious in order to enhance the WZ-111 within the video game that brought it to mass attention.
Development of the WZ-111 appears to have ultimately stopped due to the technical and mechanical problems – the suspension being one of these. However, it also possible that there may have been issues with creating a suitable main gun (in fact, the Chinese found themselves having to import and copy the L7 105mm gun to make the Type 85 MBT). Consider also that the Main Battle Tank concept taking the forefront of tank designs (and the lack of apparent use for a heavy tank) might have led to the cancellation of the project.
The vehicle is now displayed in Beijing, with its dummy turret. It has been painted in several different liveries: 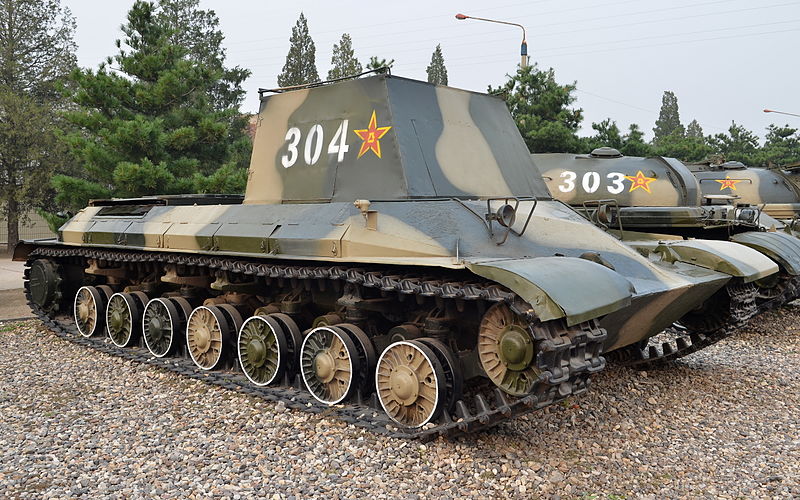 WZ-111 displayed at a museum in Beijing. 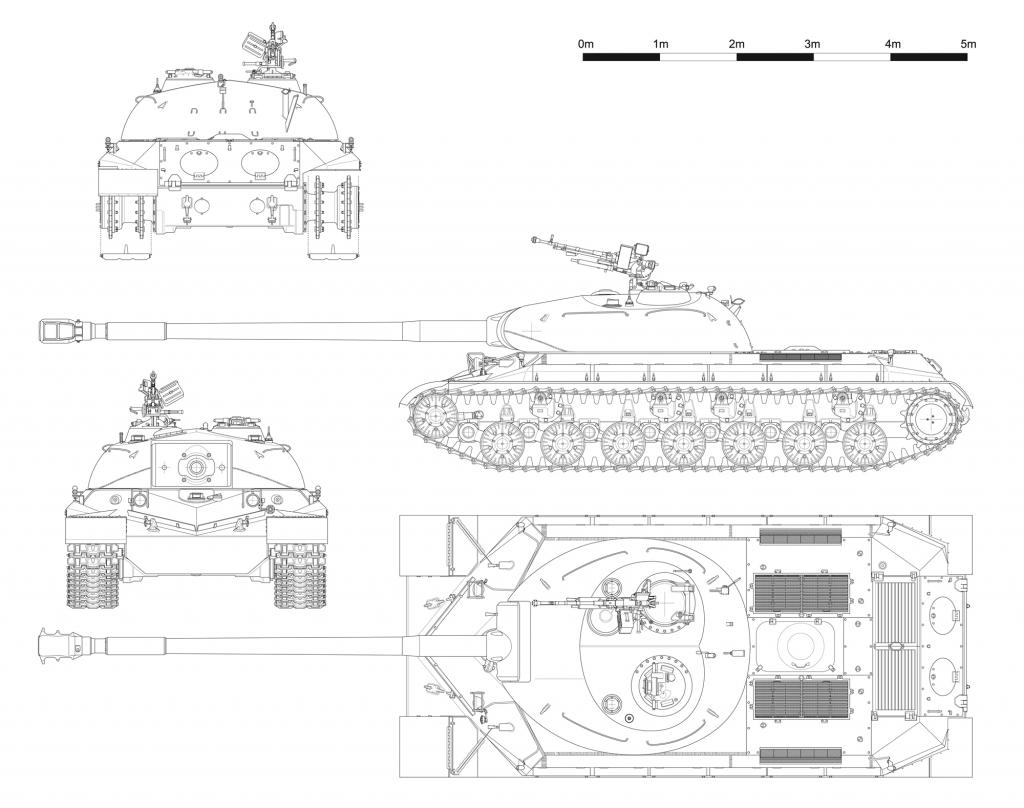 A blueprint showing a what-if design for the WZ-111. It appears to have a 130mm gun, and it is unclear how accurate the turret is compared to the original design.

A “what-if” reconstruction of how the WZ-111 would like completed with the turret, according to online blueprints (which are almost certainly artist’s interpretation).

The actual WZ-111 with the dummy turret preserved in Beijing.

There are two hull mounted machine guns according to the blueprint, and the real prototype supports that. Note that the spots where both the driver’s hatch and the hull machine guns would be are hastily covered up with paste or molten metal.

Great article.
Unfortunately, the Beijing Tank Museum has been closed since May 2017. According to Military Press, it is now undergoing refurbishment and will change its name to the Ground Forces Museum after the renovation’s end in 2025.
There are also a variety of tanks preserved there, including Type 59, Type 59-2, Type 69, Type 85-II, Type 62, M3 and M5 Stuart, IS-2 early, ISU-122 and 152, SU-76.
Other prototypes are now preserved in the museum of factory 617 in Baotou, including the 122 “three mechanical” and 1226.

Where did the 200 IS-3 tanks bought by the PRC from the USSR go? I have not found a single photo in the PRC Museum.