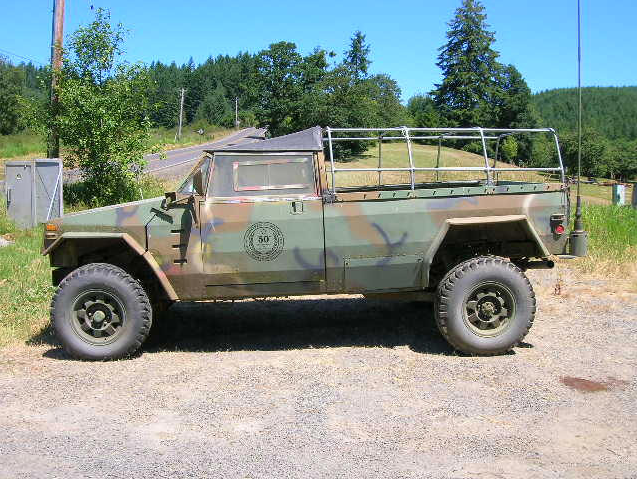 EMT XM966 Guided Missile weapons carrier variant. Source: XM966HMMWV.com
Starting from the late 1970s, the US Army was anxious to replace its mixed fleet of utility and light vehicles with a new general purpose multirole vehicle which had a high degree of mobility.
Starting in 1979, in anticipation of the requirement, Chrysler began work on its Expanded Mobility Truck (EMT). In February 1981, Tank Automotive Command (TACOM) finalized those requirements for the HMMWV and sent the final specifications out to 61 manufacturers inviting them to bid and submit designs. Chrysler was one of the companies which were to build a vehicle to meet the 1981 revised specifications. 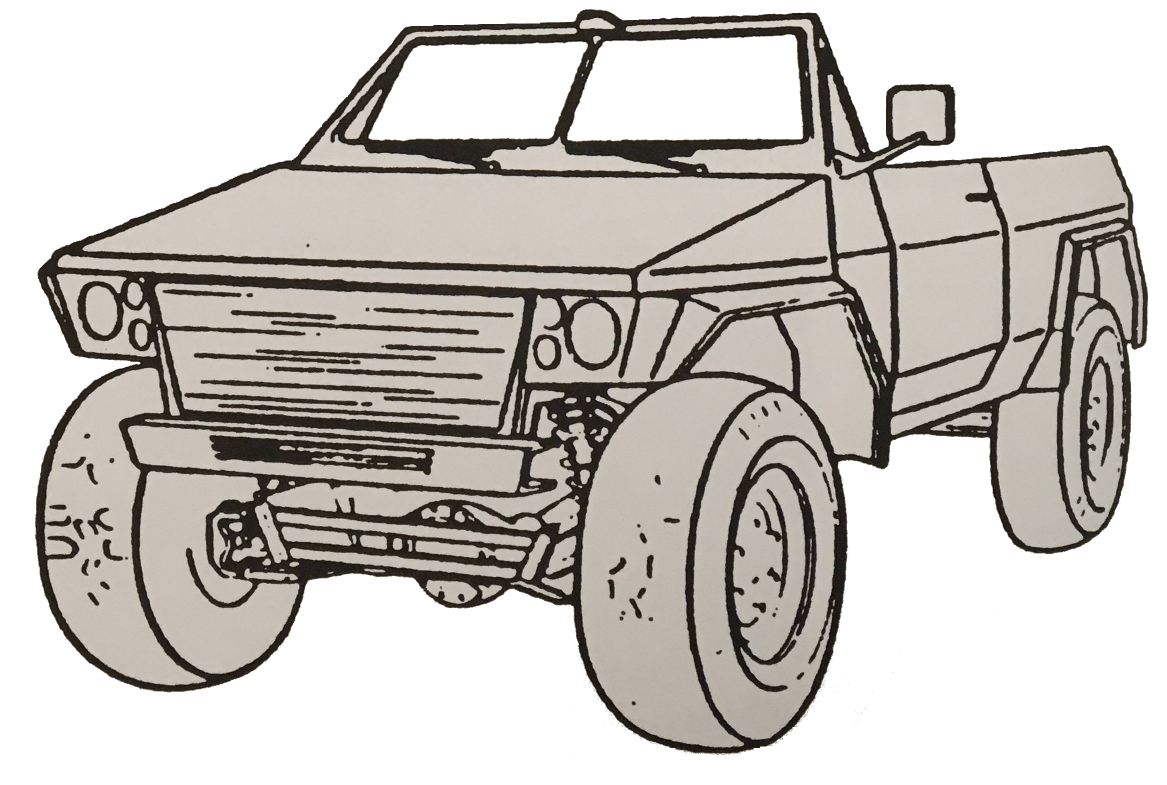 Concept drawing submitted to TACOM. Source: Bill Munroe
The final requirements for the HMMWV (1981) were: 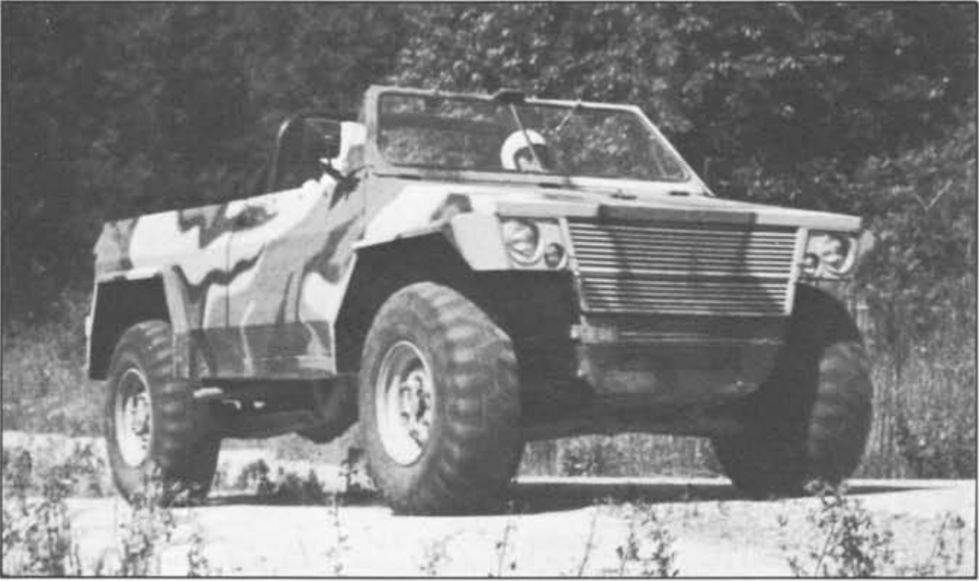 Chrysler’s EMV (Expanded Mobility Vehicle) under trial in 1978. Source: Wheels and Tracks #4
Chrysler was one of five companies to submit designs and was one of just three selected in April 1982 to submit costs for the construction of 11 prototypes each for testing. Chrysler requested US$4.1 million to produce these vehicles. They delivered 11 prototypes to the Army for various testing, but, by 1982, the company was in severe financial trouble. In order to stay in business, Chrysler Corporation was forced to either sell off its defense arm or its car arm. They chose to sell the defense arm known as the Defense Products Division to General Dynamics Land Systems for US$348 million. This sold off all of Chrysler’s defense products, including their HMMWV prototype and the potential for a contract there, its Expanded Mobility Truck (EMT), and the profitable M1 Abrams tank. From 1982 onwards, work on this HMMWV prototype was no longer down to Chrysler but was a General Dynamics product.
Testing of the various prototypes was broken down into phases. ‘Phase I’ was ‘Durability and Operational Testing’ (DT/OT) and began in July 1982 focussing on how well the vehicles coped with a temperate climate (tests carried out at Aberdeen Proving Grounds, Maryland) and extreme heat (tests carried out in Yuma, Arizona).

The body of the XM966 was made from aircraft grade aluminum on a truck frame built for the prototypes by Sheller-Globe Truck Ltd. The early design featured a distinctive V-shaped front grille and flat bonnet and horizontally ribbed sides. After the take-over by General Dynamics Land Systems division (GDLS), this was modified to a small square front grille and round headlamps recessed into square holes in the front. The bonnet was also reduced in height at the sides producing a raised section in the center. 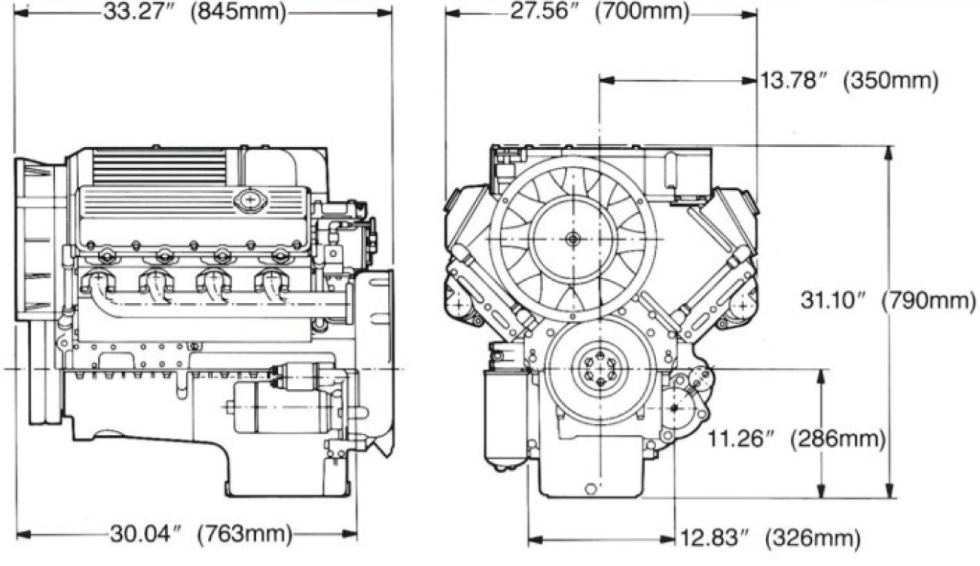 Mobility came from the 6.5-liter North American Deutz model F8L 610 diesel engine producing 160 hp at 3200 rpm. Unusually, this engine had no water cooling at all. It was an air-cooled engine selected for ease of maintenance and improved fuel economy over water-cooled models. It also happened to be made in Canada rather than in the USA, but General Dynamics claimed 50+% vendor support from US firms which avoided being rejected as a foreign applicant. Despite its advantages, the engine did not enter serial production upon the abandonment of the XM966 project.
The engine was connected to the heavy duty Chrysler A727 3-speed automatic transmission and NP218 (New Process – NP) 2-speed transfer case. Tires were either the 36-inch 36×12.5-16LT tire or 37 inch 37×12.5-18 nylon belted radials fitted with run flats devices capable of operating for up to 30 miles (48 km) at 30 miles per hour (48 km/h).

Armament variations considered for the XM966 were the GFE TOW anti-tank system, a universal mounting kit for machine-guns such as the M60 7.62 mm machine-gun, M2 .50 cal. heavy machine-gun, or Mk.19 40 mm automatic grenade launcher. The vehicle was also seen as offering the ability to use mortars for fire support and was also set up to transport the 60 mm, 81 mm, and 4.2” mortars. 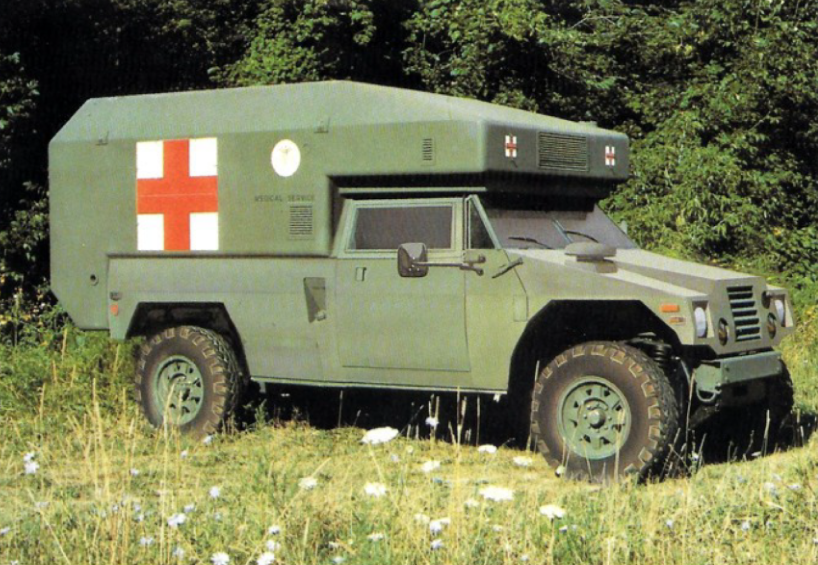 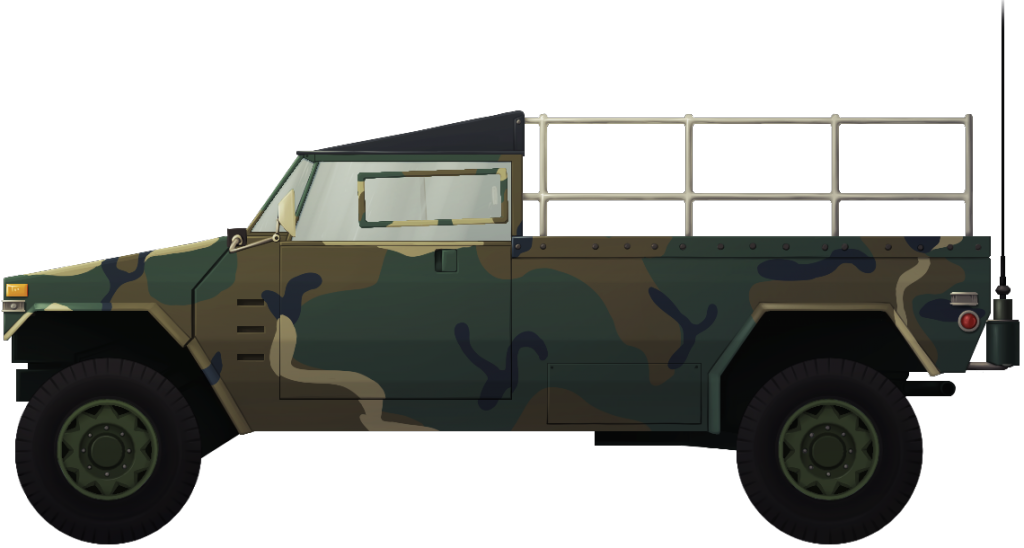 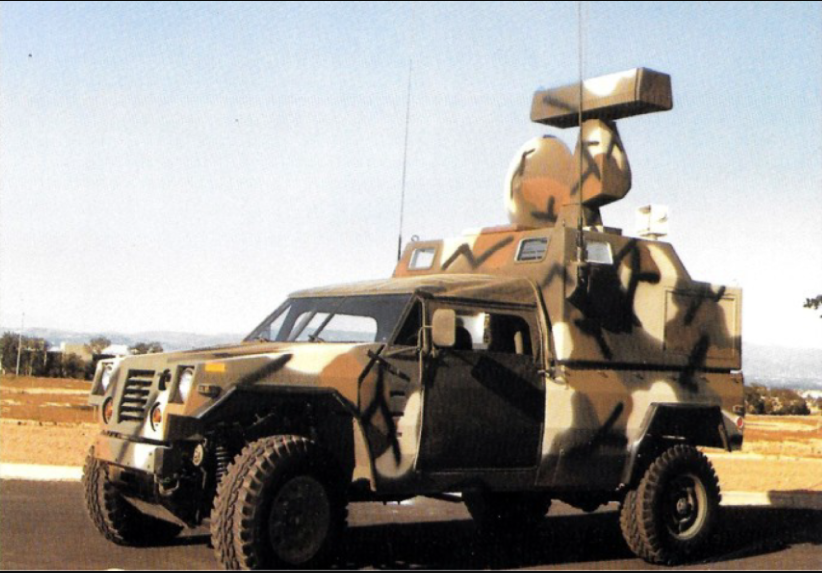 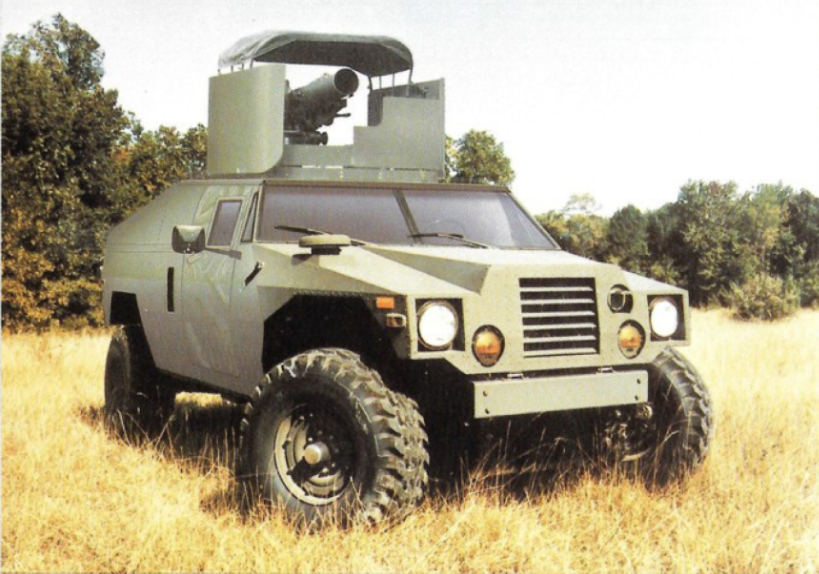 The two types of ambulance, hard top and soft top, fulfilled different roles. The mini-version was fitted with a collapsible roof so it could fit inside of a helicopter. The small ‘mini’ ambulance would work at a platoon or company level and the ‘maxi’ ambulance at a company or battalion level. Both used a simple body fitted over the rear structure of the vehicle which could be dismounted with an expected space for 2 stretchers in the mini and 4 in the maxi.
The most common version which would have seen use if the Army had adopted the XM966 would have been the utility variant with simple plastic/rubber and canvas weather covers for the door tops and roof. The cab itself only seated 2 as it was really not much more than a commercial regular-cab pickup.
The weapons carrier variant is pictured as using the light protected body (although it is not clear if it was ever built) with the same kevlar shielded TOW unit on the roof. The TOW unit was adopted by the Army but without those shields.
Very little information is available on the other variants outside of photographs as the vehicle was a commercial and military failure, but they all have the same size cab and body varying only in the doors and what type of body is fitted to the rear. Had it been adopted the list of possible variations would have also increased. 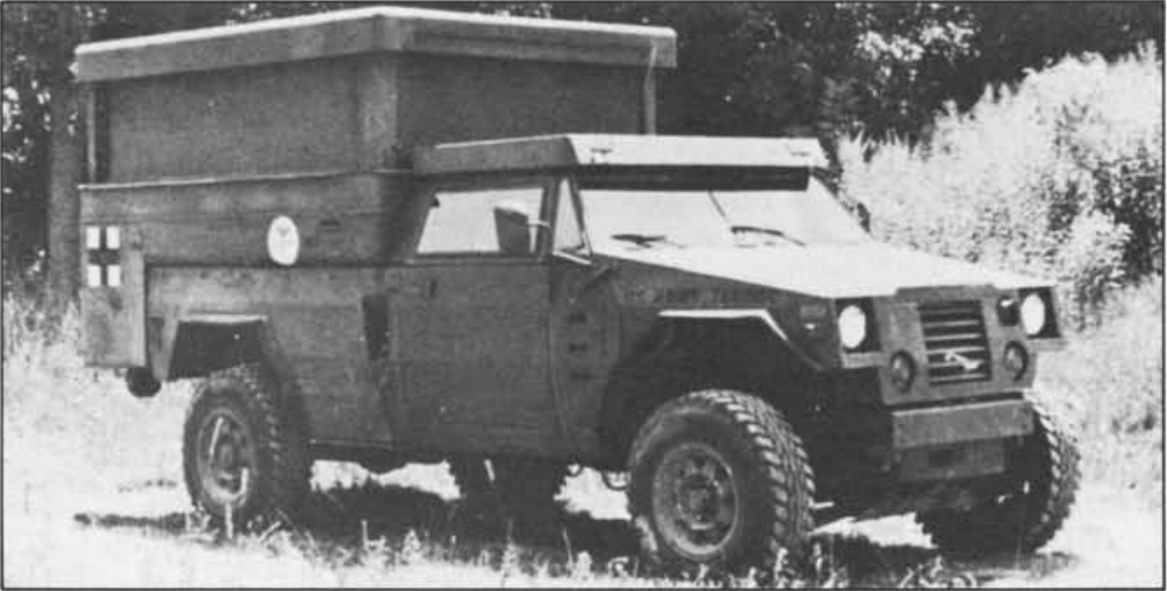 The GD reworked EMT in 1982 showing the raised roof in place on this mini ambulance version. Source: Wheels and Tracks #4 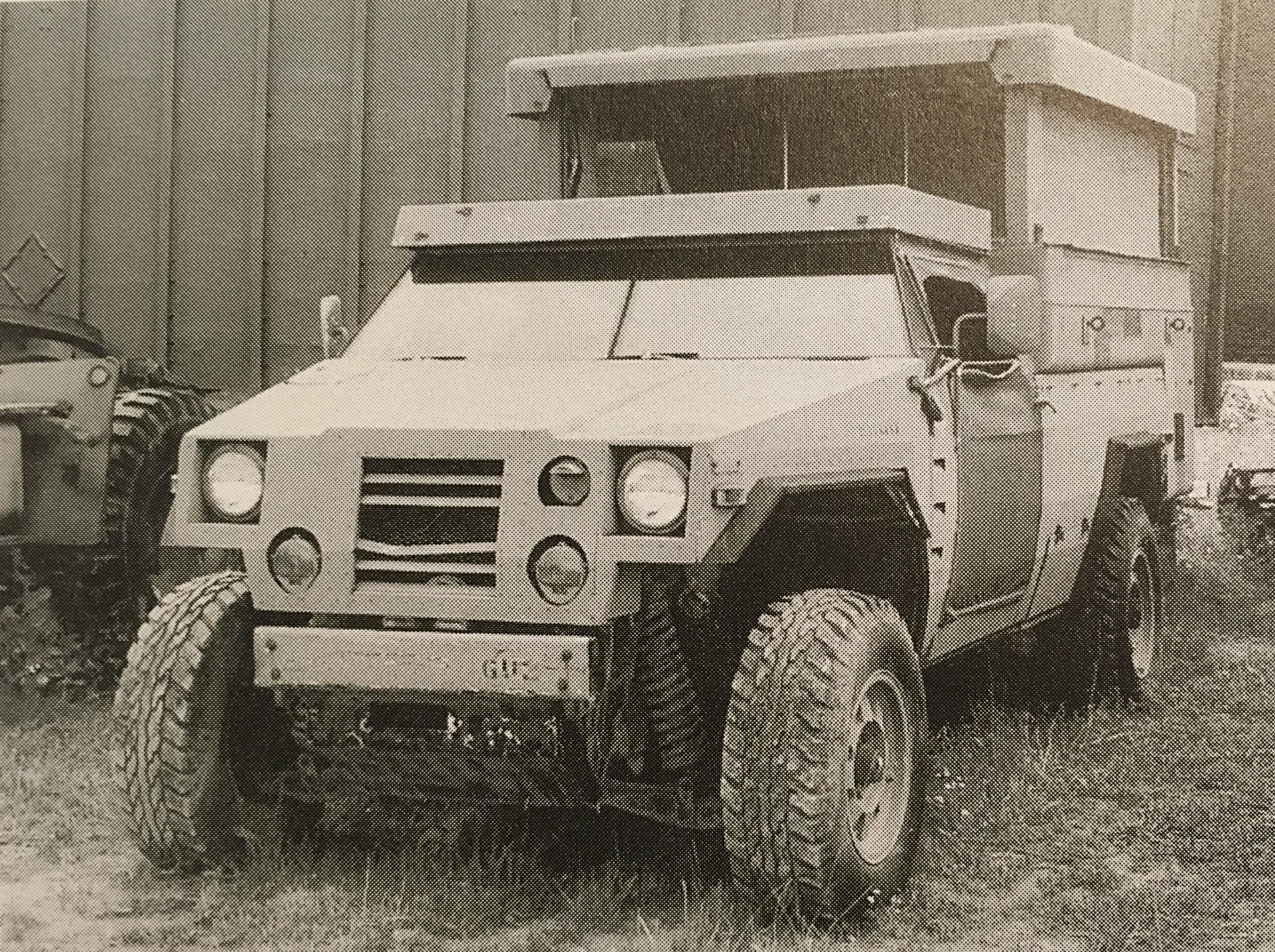 On city streets in Rancho Cucamonga parade before closing of GD plant.