By 1963, the US army had adopted Cadillac’s M114 to serve as a command and reconnaissance vehicle. However, the vehicle had proven troublesome and it elicited no interest from abroad for any export. Seizing this opportunity, the FMC Corporation (nowadays United Defense LP), prepared a reconnaissance and command vehicle of their own. FMC had also designed the world famous M113 APC, and used it as a basis for the new AFV.
The result was the M113 ½, which shared many features with it’s bigger brother. The Netherlands and Canada bought almost four-hundred in total, and some of them still serve to this day. They served with reconnaissance units and as command vehicles, being fast and with good cross-country mobility.

While similar in appearance to the original M113, the new vehicle was modified heavily for its new purpose. The troop compartment was completely removed. The same 6 cylinder General Motors engine which was on the M113 was placed at the rear. The crew compartment was at the front of the vehicle, and housed the driver, the commander and the observer. It was described as cramped. While the suspension from the M113 was kept, one roadwheel was eliminated, leaving only four on each side. 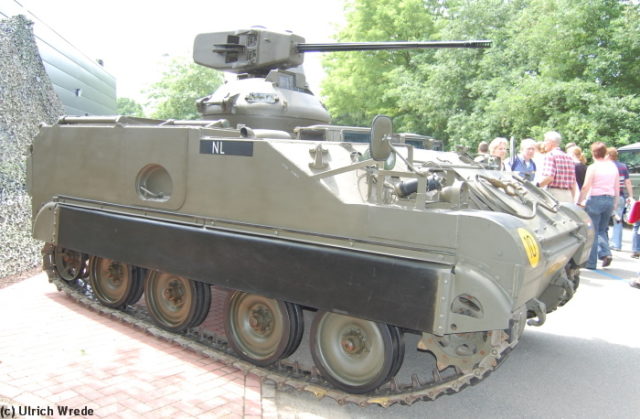 A Dutch M113 C&V with the Oerlikon turret – Photo: Ulrich Wrede, as taken from Panzerbaer
The aluminum armor was also taken from the M113, with a maximum thickness of 1.75 in (44.5 mm) on the lower front part, and a minimum of 0.75 in (19 mm). While these thicknesses may seem large, aluminum does not offer the same level of protection as steel. The armor could only protect the crew from machine-gun fire and shrapnel.  An easy way to differentiate the M113 ½ from the M114 is that the front of the former is 3-sided, while that of the latter is a simple slope.
The Lynx was narrower (2.4 m vs 2.68 m), shorter (4.6 vs 4.86 m) and significantly lower (2.17 vs 2.52 m) than the M113. Of course, this also meant that the vehicle was lighter (8700 vs 11,300 kg). It retained the amphibious capabilities of its forerunner, but necessitated some quick preparations. A trim vane had to be erected (a part at the front which kept water from coming over the vehicle), bilge pumps started (remove water from inside the vehicle) and some covers put in place. Once in the water, the vehicle was propelled by the movement of its tracks, being able to reach a modest 6 km/h (4 mph).
Also, being significantly lighter, the 6 cylinder 212 hp diesel engine allowed it to reach speeds of up to 71 km/h (44 mph). The range, when going only on roads, was above 500 km (325 mi).

The Netherlands was the first customer for the new vehicle, buying 250 vehicles. In Dutch service, these were known as the M113 C&V (Commando & Verkenningen, literally Command & Reconnaissance). Sometimes, they are also called C&R. The driver was seated in the front left of the vehicle, with an infrared periscope mounted on his hatch and four normal ones on the roof of the vehicle. To his right sat the radio-operator, who also had four periscopes at his disposal. The commander was seated at the back, under a large cupola.
A 12.7 mm (0.5 in) M2TTHB machine-gun was mounted on top of the vehicle, being operated by the commander. Another 7.62 mm (0.3 in) machine-gun could be mounted in front of the radio-operator’s hatch.
However, in 1974, the Dutch army decided to replace the commander’s cupola and armament with an Oerlikon Contraves GBD-AOA turret, armed with a 25 mm (0.98 in) KBA-B cannon. The C&V was eventually replaced by the Fennek.
Some of the Dutch vehicles have been sold off to Bahrain (35) and Chile (8).

Canada was the second operator of the type, having bought some 174 vehicles in 1968. The Canadian vehicles differed in the arrangement of the crew. The driver takes the same position, but the radio operator is placed at his back. The commander sat on the right side of the vehicle, with the same M26 cupola. He operated the 12.7 mm heavy machine-gun, and could fire it from inside the vehicle. However, reloading had to be done externally.
The Canadian Lynx were removed from service in 1993, replaced by M113A2s which had been stationed in Germany and returned after the fall of the Soviet bloc and AVGP Cougars. In 1997, the role was taken over by the Coyote vehicles. Most Lynxes were scrapped or became range targets. A fair few are spread in museums all over Canada. 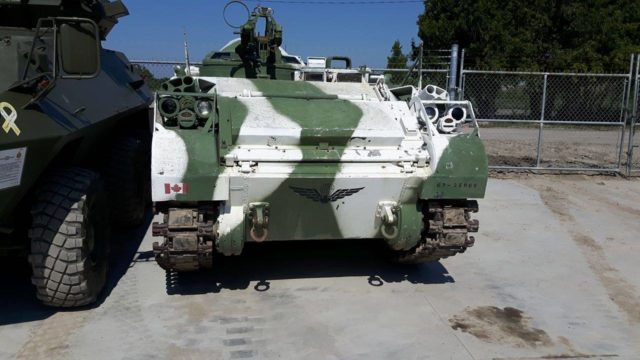 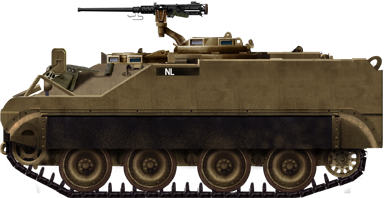 A Dutch M113 C&V, before the addition of the Oerlikon turret. 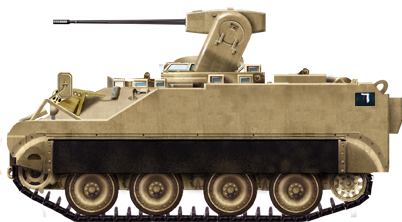 A Bahraini M113 C&V, with the 25 mm turret, during Exercise Peninsula Shield 9. Bahrain bought 35 vehicles from the Netherlands. 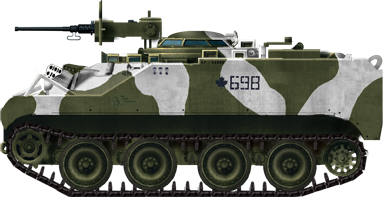 A M113 Lynx from the Ontario Regiment Museum. 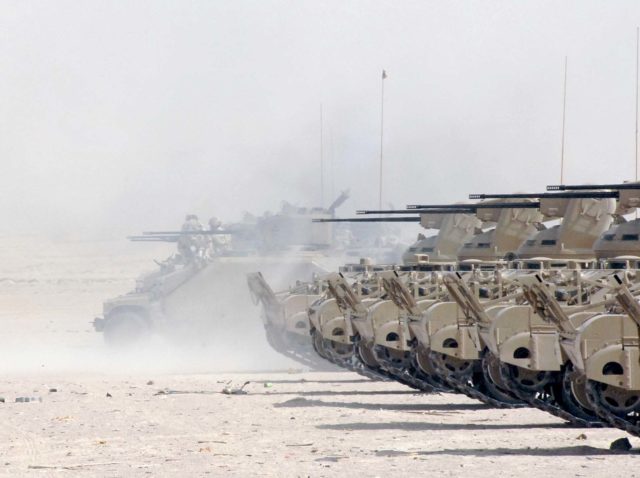 Bahraini M113 C&Vs on a shooting range during Peninsula Shield 9 – Photo: Bahrain News Agency, as taken from the MilinME blog 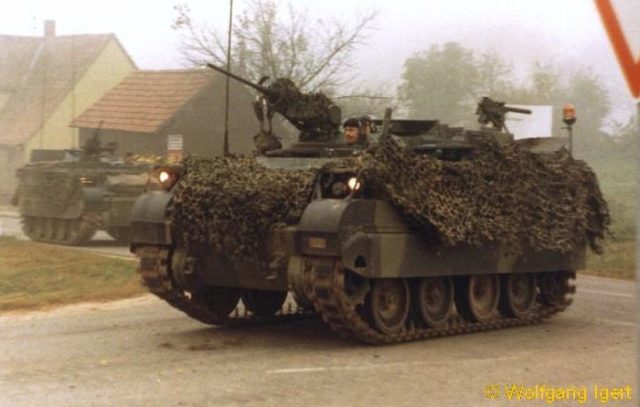 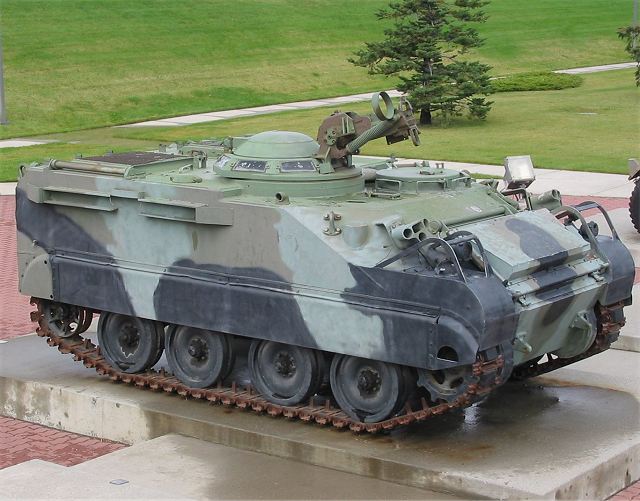 A Canadian Lynx used as a monument – Photo: Taken from Army Recognition