Development of the Marder

When the Germans first encountered the T-34 and KV-1, at the end of the summer and autumn of 1941, it was clear that more potent weapons were needed to cope with this new threat, and they were needed fast.
At that moment, the only gun up to this task was the latest German anti-tank gun, the Pak 40. The only tank-hunter available then was the small Panzerjäger I, armed with a Czech 47 mm (1.85 in) gun, which was found unable to penetrate the frontal glacis of either the T-34 or the KV-1. 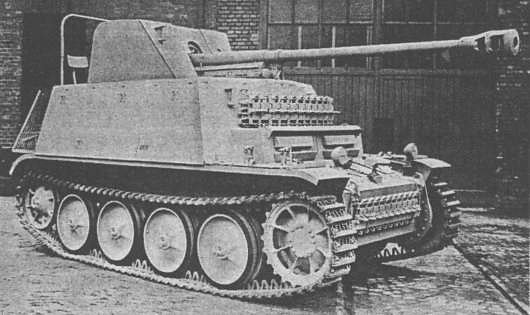 Besides creating brand new tanks and enhancing the Panzer IV, it was quickly decided to create a new breed of tank-hunters, later collectively called “Marder” (weasel). The first vehicles chosen as a basis were spare French Lorraine tractors (Marder I) and FCM tanks rearmed with captured Soviet 76.2 mm (3 in) guns, captured in great numbers during the Russian campaign.

This gun had similar characteristics to the Pak 40 and was rebored to match the standard German 75 mm (2.95 in) round. At the same time, it became clear that the French vehicles were too slow, and the general staff suggested converting the aging Panzer II to the tank destroyer role.

On 20 December 1941, Alkett was ordered to mount the Soviet 76.2 mm (the Pak 36(r) L/51.5, F22, or M1936 in Russian service) onto a LaS 138 chassis – the one used for the Panzer II Ausf.D/E. These were early Panzer IIs fitted with Christie suspension.
In Poland, they were found disappointing and were later converted as the Flammpanzer II. Basically, for the Marder II, the engine, transmission, chassis, drivetrain, and suspension were left unchanged. However, everything above the base superstructure was erased, the turret being recycled into fortifications. A new open casemate, 14.5 mm (0.57 in) thick, with almost no slope, and as wide as the mudguards was erected instead.
Inside it, the gun pivot was mounted near the center of gravity, and covered by a 10 mm (0.39 in) thick armored shield. The gun elevation was -5° to +16° and had a traverse of 50°, 65° by hand wheel. 30 rounds were carried, of the standard Pak 40 75 mm (2.95 in) AP type.
The Pak 36(r) had a muzzle velocity of 450 to 990 m/s (1476 to 3248 ft/s), depending on the ammo used, and was found capable of punching through 80 to 97 mm (3.14 to 3.81 in) of sloped hard steel at 1370 m (4494 ft). After being being re-chambered to accept German rounds, it accepted German HEAT, HE, APCR and HE frag rounds and could fire about 10-12 rpm. This overall configuration allowed these conversions to be rushed in a record time. 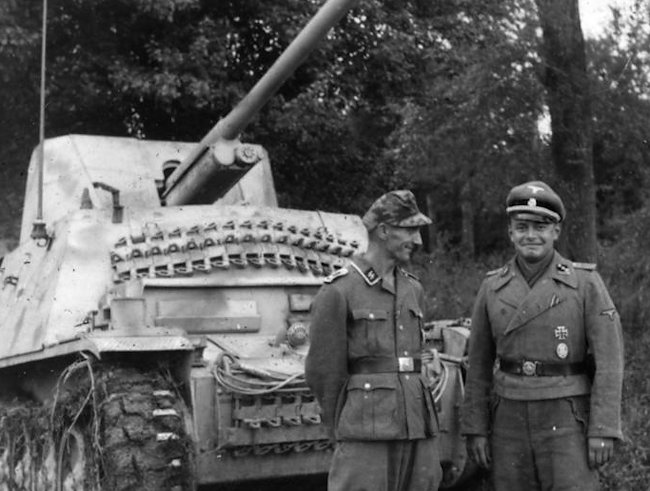 Production by Alkett and Wegmann

201 (185 according to another source, although 201 is the figure commonly accepted) Ausf.Ds and Es were converted by the two companies between April 1942 and June 1943. It was accepted into service as the Sd.Kfz.132, arriving to various Abteilungen (special antitank units) attached to various Panzerdivisions and Panzergrenadier divisions in Russia and Libya (just in time for the second battle of El Alamein) by mid-1942. They were also fitted with a FuG Spr d2 short range radio.

The Marder II in action

With its new gun, the Marder II was found up to the task in Russia, but the gun crew operating behind the shield (just 10 mm/0.39 in thick), at great height, was woefully under-protected. The overall height of the first Marder II was also a concern. It made an easy target, and the 15 mm (0.59 in) side protection did not help either.
It was replaced by mid-1943 by the Sd.Kfz.131, lower, better protected and armed with the standard Pak 40. By 1944, the survivors had their crew reduced to only to two men, and the vehicle had to stop and the driver helped the gunner. Some managed to fight in Tunisia in 1943, but they were mainly used in Russia until the end of 1944, being gradually phased out or destroyed. 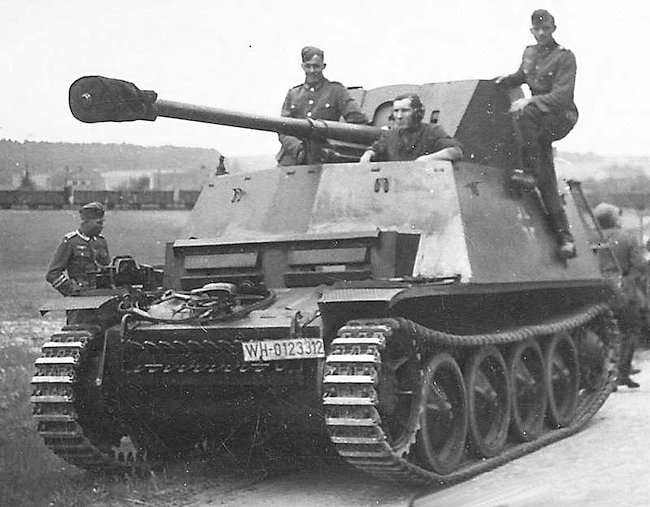 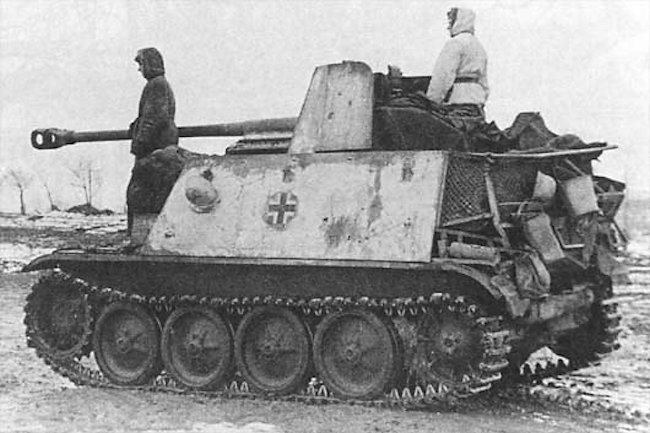 Why are there no articles for the marder 3 on this site,as they had extensive use in both fronts.

Simple answer is that we didn’t get around to it yet. There are a lot of AFVs that need to be covered, have patience. They’ll all be added.

Gallery
The picture on the far right, is a Marder II the Sd.Kfz.131. I understand the intention, to show the difference. But I’m not really sure, it is obviously.

I don’t see it., all pics look like Sdkfz 132. there were slight differences in hull shield in variants.

Can anyone say what reference material indicates that the Sd. Kfz. 132 Marder II Ausf. D was used in Tunisia? I can’t find any evidence other than mere hearsay that makes this claim.