Competition between CKD and Škoda

Towards the end of 1934, the Czechoslovakian army devised a specification for a IIa category light cavalry tank. Českomoravská Kolben-Daněk proposed a revised version of its P-II (LT vz. 34), of which 50 units were produced between 1934-36, while Škoda proposed a variant featuring a brand new driver assisted pneumatic system, already pioneered and proved on the SU prototypes. Both companies were ordered to build a single prototype, to be delivered in the summer of 1935 for extensive trials.
When the day came, CKD showcased a light tank (8.5 tons), the P-IIa, with only 16 mm (0.63 in) of armor, while the Škoda’s S-IIa was heavier (10.5 tons), but with 25 mm (0.98 in) of armor. Otherwise, the two models looked similar and shared the same turret, main armament, engine, transmission and internal configuration with a three-men crew. After the tests the Army decided to choose Škoda’s model, which had more potential, while CKD’s P-IIa was seen to have reached its limits. After some minor revisions the first order was placed on 30 October 1935, the first deliveries being expected in December 1939, followed by another 35 units in May, 103 by June, for a total of 298, shared between the two companies.

Like previous models, the hull was made from a framework of riveted “angle iron” beams. The engine was separated from the crew by a firewall. It could be accessed through several mesh-covered openings, with extra ones on the turret. This made ventilation easier, especially when firing, but this draft also proved an issue during winter. All vision slits and the driver observation port had 3 mm (0.11 inches) bullet-proof glass.
The driver sat on the right and received messages from the fighting compartment through a tricolor device. The radio operator sat on the left and had a similar observation port. He served the hull machine-gun, protected by a ball mount, which was placed between the two, fired using a Bowden cable. Although protruding outside, it was compact and well-protected. The tank was also fitted with a spotting telescope and open sights. The turret, which had a 1.2 m (49.9 in) ring, was not large enough for anyone but the commander, and he had to perform aiming and loading of the gun, firing the coaxial machine-gun and observing the battlefield through the four periscopes in the rounded cupola.
The main gun was the same Škoda 37 mm (1.46 in) ÚV vz.34 with 25°/10° elevation/depression angles, a pepper pot muzzle brake and a prominent armored recoil brake. It could fire either HE and AP rounds weighing 0.385 kg at 790 m/s (2590 ft/s). It was able to penetrate 37 mm (1.46 in) of armor at a 30° slope at 100 meters (328 ft), 31 mm (1.22 in) at 500 (1640 ft) and up to 22 mm (0.87 in) at 1500 m (4920 ft). The gun was aimed using 2.6x power sights with a 25° field of view.
The engine was the 8.6-liter Škoda T-11/0 which developed 120 hp at 1800 rpm, served by two fuel tanks, one carrying 124 and the other 29 liters of fuel. It could be operated on “Dynalkohol” (alcohol-benzole mixture). It was paired with a six-speed transmission (5 forward-1 reverse), driving the rear drive sprockets.
The suspension was inspired by the British Vickers 6-ton tank with two bogies, each with a twin assembly of paired road wheels and leaf spring suspensions. There were sixteen road wheels on each side, plus another one at the front acting as a track-tensioner and the idler wheel, which exceed the track width, and helped to maintain it on course. Each track was also supported by three return rollers. But Škoda’s innovations were the transmission, brakes and pneumatic steering system which assisted the driver, reducing mechanical stress and driver fatigue.
A good system in moderate climates, however it proved an issue during Russia’s winter. The mantlet was 25 mm (0.98 in) thick as well as the turret front, with 15 mm (0.59 in) sides and rear and 8 mm (0.31 in) top. The hull was protected by a 25 mm (0.98 inches) glacis, with 16 mm (0.62 in) sides, 19 mm (0.74 in )rear and 8 (0.31 in) mm bottom, although the superstructure was more lightly protected at the rear (15 mm or 0.59 in).

The LT vz. 35 in Czechoslovakian service

When accepted, the S-IIa became the LT vz. 35 (for Lehký Tank vzor or Light Tank model). The army received nearly 300 of them, while production went on for the export market. However, many had to be returned to the factory for improvements and to change the failing electrical system. The last deliveries took place when the German Army invaded Czechoslovakia in March 1939.
In Czechoslovakian service, these tanks were distributed among the four Mobile (Rychlá) Divisions active from 1938-39, divided into regiments of three platoons, which were supposed to closely assist infantry. These saw action during Konrad Henlein’s Sudeten German Party and SS-trained Freikorps uprisings. The newly constituted 3rd Mobile Division detached in Slovakia helped to deal with repeated Hungarian and Polish border incursions.
After the Vienna agreement in November 1938, this unit covered the retreat of the Czech infantry. A small company fought hard in the Carpathian-Ukraine area of Svaliava, declared independent and invaded by Hungarian forces in March 1939. At the same time, the S-IIa prototype and a series vehicle just returned from the USSR to take part in the Fančíkovo counter-offensive, but the latter was damaged and captured, while the prototype escaped to Eastern Ruthenia and was returned by Romania later. Hungary also captured two of these (in March 1939) that Skoda repaired them for free after negotiating a licence for their 40M Turán I in August 1940.

When the Germans took over Czechoslovakia in March 1939, they managed to seize 244 vehicles. Until January 1940, they were known in the Waffenamt nomenclature as the LTM.35 and completed the various regular Panzerdivisions that were still waiting for Panzer IIIs. Later, they formed the Panzerabteilung 65 of the first Leichte Division, and the independent Panzer-Regiment 11.
They took part in the Polish campaign, during which no less than 77 broke down, many being abandoned due to the lack of spare parts. Others were heavily modified to remain operational throughout 1940. German modifications to the Panzerkampfwagen 35(t) included a new radio and gyrocompas, a revised turret interior for an extra fourth crew member as gun operator, freeing the commander and the replacement of the old signal system by intercom.

As a traditional customer of Skoda, the Romanian Army ordered 126 LT vz. 35 tanks in August 1936, renamed R-2. The first were delivered by April-May 1937 and displayed in parade at Bucharest. However, deliveries took time, as many problems were highlighted and corrections had to be made, at the factory’s expense, to a point that the order was postponed. Several new demands even further delayed the deliveries, and new vehicles were refused unless trials were performed exclusively in Romania.
Finally, the Army commission accepted the new design in August 1938, and production was resumed, the last being shipped in February 1939. All these vehicles were part of the 1st Armored Regiment, 1st Armored Division, which took part in operation Barbarossa, on the Southern Front. They took part in the Siege of Odessa and, after the Soviet counter-offensive at Stalingrad, about one third of the regiment was lost, and many more disabled.
The Germans sent a reinforcement of 26 vehicles, and 59 were available in August 1943. After being retired for training, they soldiered in Transnistria and took part in King Michael’s Coup. The remainder served on the Soviets side in 1944, cutting off the German garrison at Ploiesti. They were still extant at V-day.
Variant: Twenty-one were rebuilt in 1944 as tanks hunter SPG’s, with captured 76 mm (2.99 in) howitzers, as the TACAM R-2. However, the prospect for more conversions was abandoned.

In 1940, Afghanistan ordered 10 vehicles. But because of the German takeover of Skoda, these were delivered instead to Bulgaria, then an Axis member. Named T-11, these had a more powerful 37 mm (1.46 in) A7 gun, also used on the LT vz. 38. Germany also sent an additional 26 tanks of the older model, for a total of 36.
The fate of these is uncertain. From some sources (Kliment and Francev) they soldiered in Yugoslavia and were in the Vienna area in 1944. But other records only describe their use for training, since the Germans had provided much more potent Panzer IVs in the meantime.

After it declared its independence from the Czech Republic in March 1939, the Slovakian state immediately seized 52 LT vz. 35’s. They formed a battalion and, later, an armored regiment. Their first engagement occurred when three of them fought Hungarian AFVs in a border clash in March 1939. A mobile brigade, later renamed “Brigade Pilfousek”, after its commander, killed in action, included from 25 to 30 tanks, and participated in the early phase of the Soviet invasion. By August 1941, they were withdrawn in Slovakia. Many were lost at the battle of Lipovec in summer 1941 and, despite reinforcements, only 7 on 49 were operational by the start of the next year. They were used for training or were in reserve since the Germans sent much more potent Panzer IVs in 1943, and eight took part in the later Slovakian uprising in 1944. 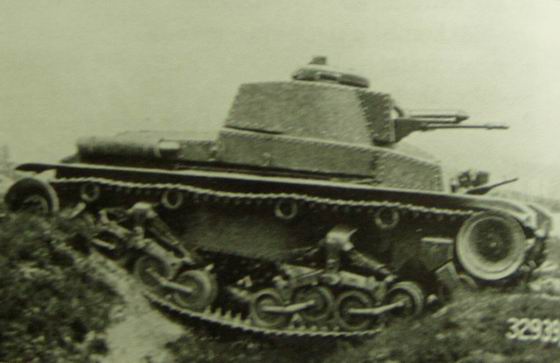 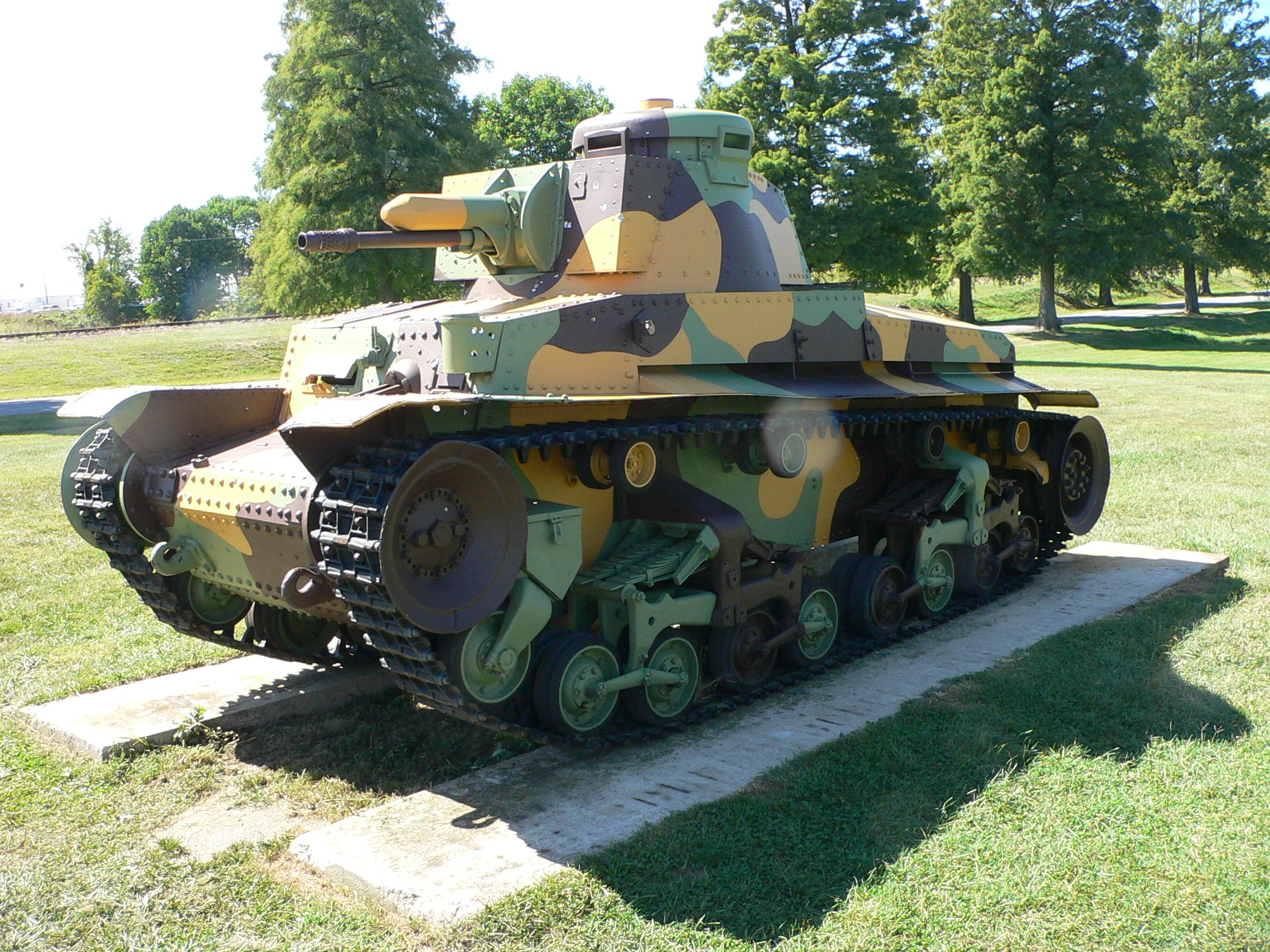