This was a completely up-armored version designed in 1943 (“A” for armor), fitted with additional 0.4 in (10.16 mm) armor plates inside the main compartment, and outside to protect part of the side skirts, nose, and 0.5 in (12.7 mm) on the cab. Self-sealing gasoline tanks were also added. Heavier, these vehicles reached 2400 pounds when empty, and had their cargo capacity reduced by 1400 pounds. They could carry only 18 infantrymen. By 1944, shields were added to protect the front gunners, usually equipped with cal.30s (7.62 mm). 450 of these armored versions were built. Compared to other (A) versions, these did not have a tank turret for extra fire support.

The LVT-2s participated in more campaigns that any other LVTs. These included Tarawa, Roi-Namur, Cape Gloucester, Northern Kwajalein, Saipan, Guam, Tinian, Peleliu, Iwo Jima and Okinawa.
Their main drawbacks were that the infantry needed to scurry off the vehicle, exposing themselves to enemy fire. And since there was no ramp, it was difficult to store big loads inside, like artillery. These defects were corrected on the LVT-3 and 4. 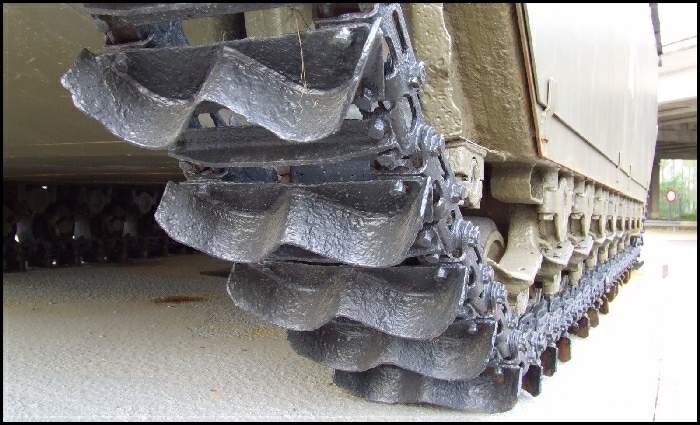 While I don’t doubt that it can hold 24 marines, I’m a bit skeptical that this baby can hold 2 whole platoons worth of marines in it. Did you mean squads? Or were marine platoons in WW2 just really small?

You are correct it should read 2 squads on the data card. The appropriate corrections will be made
TE moderator