Another involvment of the Dutch army in Asia was in Korea in 1950-53. In total, 3,972 Dutch soldiers served in Korea, and 123 never returned. From 1960 to 1962, the war with Indonesia over New Guinea lasted until Dutch troops retired and an international agreement was set up. The Army re-equipped itself as a part of NATO, which the Netherlands joined early on and formed the I (Netherlands) Corps, assigned to the Northern Army Group. Its duties were to relieve the 1st German Corps forces ASAP, devise tactics to integrate into COMNORTHAG’s vision of covering force battle, assume main defensive battle duties and maintain cohesion with LANDJUT while securing NORTHAG’s left flank.

In the early 1990s, the I (NL) Corps was reduced to just the First Division, later part of the I. German/Dutch Corps, while its division HQ was disbanded. The army size was reduced and gradually many AFVs were sold or stored in reserve. The army followed the same path of professionalization and specialization as most European countries. Full-time personnel is now 21,500. The army took its “tours of duty” in peacekeeping and peace enforcing missions:
-Lebanon 1979-1985 (presence with UNIFIL, 9,084 soldiers deployed, 9 died). The only AFVs deployed arrived with the 44th Armored Infantry Battalion
-Bosnia-Herzegovina, Croatia, Macedonia and Kosovo 1991–present: In Bosnia, the Dutch army was heavily criticised for their passive stand during the Srebrenica massacre. They were present since 1999 with the NATO Kosovo Force.
-Cambodia 1992–1994
-Haiti 1995–1996
-Cyprus 1998–1999
-Eritrea and Ethiopia 2001
-Iraq 2003–2005: 1,345 troops from Landmacht and Dutch Marines were deployed with helicopters at Camp Smitty near As Samawah (Muthanna Province), and lost 2 soldiers in an ambush.
-Afghanistan 2002–2010: From mid-2006, the Dutch Special Forces Corps (Commandotroepen) operated successfully in Tarin Kowt, protecting engineers working on a large base. Later in summer, 1,400 troops were deployed to the Uruzgan province (Southern Iraq), 200 served at Kamp Holland, and Deh Rahwod. These forces were backed by AFVs of the 44 Pantserinfanteriebataljon Regiment Johan Willem Friso and 42 Tankbataljon Regiment Huzaren Prins van Oranje, operating PzH 2000 self-propelled guns. Dutch troops also actively participated in Operation Medusa and at the Battle of Chora. On this occasion, 96 Australian Bushmaster MRAPs (mine resistant ambush protected) were used (10 lost in Uruzgan and Kunduz provinces).
-Chad 2008–2009

However, massive budget cuts had ineluctable consequences. On April 8, 2011, the Dutch Ministry of Defense dissolved the last tank unit and sold the remaining Leopard 2s (about 445 had been in service, most were sold). As of today, the core fighting consists of three brigades, the 11th Airmobile Brigade, 13th Light Brigade and 43rd Mechanized Brigade. The Royal Netherlands Army is a volunteer force, and the compulsory military service has been suspended. The Royal Marechaussee is also a volunteer force. There is a military academy (Koninklijke Militaire Academie) in Breda. There is a Korps Nationale Reserve counting three mixed regional oriented battalions similar to the UK’s Territorial Army. The bi-national Army Corps I. German/Dutch Corps is a rapid deployment Army Corps, part of NATO’s response force. The battalion is based at Münster (Germany) and Eibergen (Netherlands).

About the Koninklijke Landmacht
Cold War and modern equipments on wikipedia YPR-765S were the main AIFVs of the Dutch Army, locally produced from 1975 in several variants. They are all retired now. It was based on the M113 American APC also used by Belgium. Some served in Afghanistan. All have been replaced by CV9035NLs IFVs and other wheeled vehicles.

Only 18 Leopard 2A6 are maintained in active service (provision for 48), a single battalion. 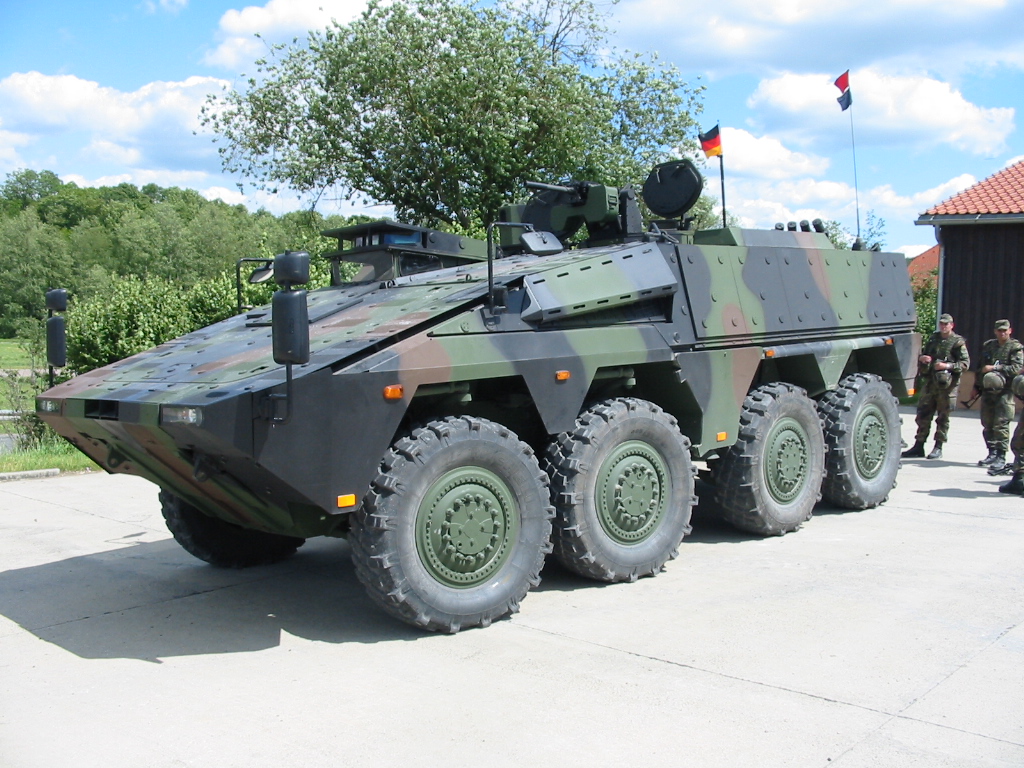 Luchtmobiel Speciaal Voertuig, about 160 of these multi-purpose airborne wheeled vehicle were built in the Netherlands, pending replacement.

3 replies on “The Netherlands”

if you guys ever do the Marmon Herrington light tanks will the Netherlands be the nation its with or the US?…I’m quite curious about that and other vehicles in a similar spot 🙂

Given our logic we always attach an AFV to its builder, even if the model was exclusively exported. Other examples will be the Stingray (Thailand only) and the Sabra (Turkey only). The long line of Marmon Herrington tanks has been planned also for the USA but three models will also show off on the Netherlands page (MTLS, CTMS, CTLS).